When I’m 64: The Blake Prize settles into a new home at Casula Powerhouse

The Blake Art Prize continues its spiritual musings after facing down its own mortality.
Chloe Wolifson
[This is archived content and may not display in the originally intended format.] 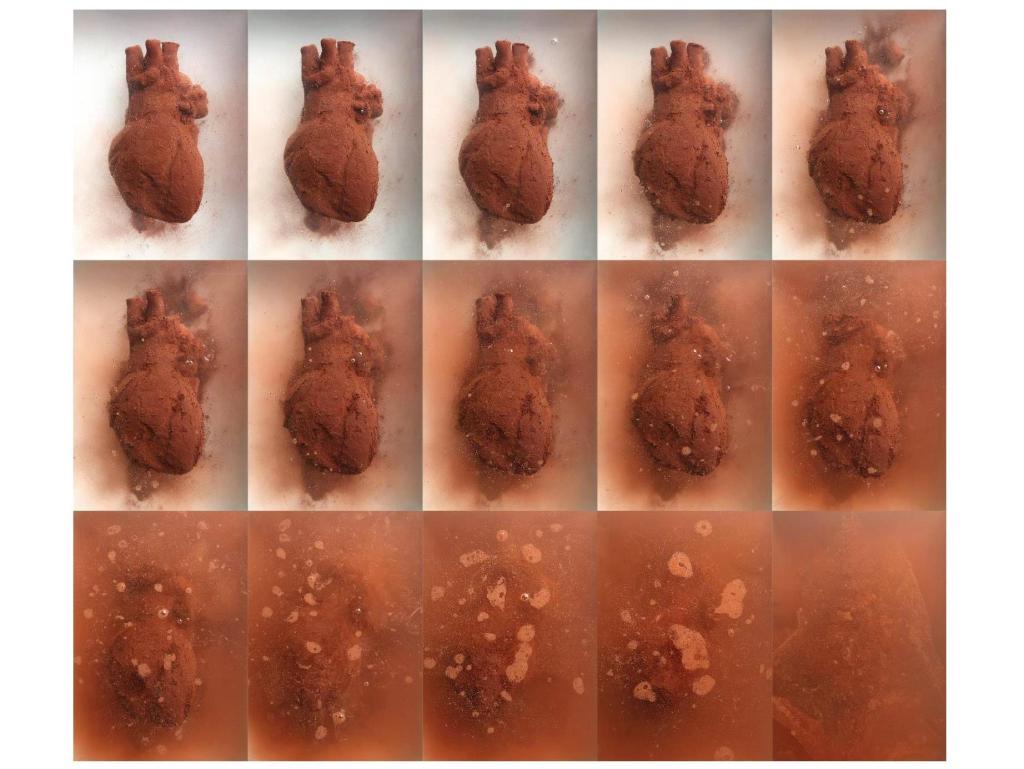 Age and reputation are no guarantee of security, as the esteemed Blake Prize discovered the hard way. Despite running for 64 years, the Blake was nearly lost before finding a saviour in Casula Powerhouse Art Centre (CPAC).

Blake Prize Project Manager Dr Clare Cochrane explained that the prize has never had a permanent home due to being run under the auspices of a Society rather than an arts centre or gallery. 2014 appeared to herald the final Blake Prize until CPAC director Kiersten Fishburn entered into initial negotiations with the Blake Prize Society early last year for Casula Powerhouse to start running the prize.

Fishburn then invited Cochrane on board to work on an agreement for CPAC and Liverpool City Council to take over the running of the prize from the society. ‘It was a massive undertaking because it’s historically a very important prize, and one that many people have some attachment to. It was an honour to see this project through from agreement to curating the final exhibition and CPAC has a dedicated team who put everything into delivering our first Blake Prize.’

Thanks to the careful work of Fishburn, Cochrane and their colleagues, the future is looking bright for the Blake. The new agreement includes assurances that if for any reason CPAC can no longer host the Blake a new home must be found, ensuring the future of the significant and lucrative prize.

Most people would know the Blake as a prize about religion and spirituality, but as Cochrane explained its themes are more universal. ‘It’s about artists engaging in conversations about what it is to be human, about belief and non-belief, hope, and all those things that give us our humanity.’

The Blake runs the gamut of human experience of living and death. ‘It’s such an incredible opportunity for artists to engage in conversations that are diverse, public and communal,’ she enthused.

As far as entrants go, the Blake is also a broad church and unlike many prizes is not restricted to professional artists at a certain career stage. ‘The wonderful thing about the Blake Prize – and this is evident in this year’s finalist selection – is that we have professional practicing artists, emerging artists of all ages and artists from every Australian State and Territory as well as multiple international entries. We’ve got artists as well as craftspeople throughout the entire exhibition. So it covers all types of artists and creativity.’

This year saw nearly 600 artists vying for a chance at the $35,000 prize, with a diversity of entrants including this year’s winner, Mumbai-based Indian artist Yardena Kurulkar.

Chosen from a field of 83 finalist works (from 75 artists), the established artist’s work Kenosis featured a series of digital photographs depicting clay replicas of the artist’s heart, slowly dissolving in water. ‘She’s very focussed on ideas of spirituality, acceptance of death, and the ability to celebrate and live life fully,’ said Cochrane.

Kurulkar is the first international artist to take out the gong, but it’s unlikely she’ll be the last. Cochrane explained that the Blake attracts a growing international contingency of entrants. She puts it down to the universality of the prize’s theme, as well as its new home. ‘Our world now is a lot smaller. Here in South-West Sydney we have people from all over the world so those cultural dialogues are really important and international artists are responding to that.’

She hopes that the interest from artists in India, Canada, Singapore, Ireland, Sweden and America for this iteration grows and extends that conversation into the future.

The $6,000 acquisitive Emerging Artist Prize was won by South Australian artist Damien Shen for his work On the fabric of the Ngarrindjeri body. The etching references early scientific texts and anatomical imagery. ‘He’s discussing the history of bodies of Aboriginal people being taken for scientific study and research and not being returned, and that very important connection to place being broken,’ Cochrane said. The work commands a striking presence in the CPAC galleries.

In another first, the inaugural Blake Residency program was won by Robert Hague for his carved marble sculpture This Messenger. ‘The Residency prize is specifically targeting and recognising established artists,’ said Cochrane, ‘artists who might not be well-known but have a strong commitment to their practice.’

Hague will undertake a month-long residency onsite at CPAC, and the works germinating from this experience will form an exhibition held concurrent to the next Blake Prize in two years’ time.

As well as adding to this newly established sense of continuation for the Blake, the Residency Program also addresses a gap in the art prize market for mid-career artists, providing an opportunity for this oft-overlooked group to enjoy the successful dynamic CPAC has worked to achieve between its resident artists and community of visitors.

It’s a diverse community which reflects the Liverpool region and beyond, as Cochrane explains. ‘We’re really lucky here at Casula, the people who come and visit us are from all walks of life. Our audience covers all different ages and cultures.’ As if Liverpool itself weren’t diverse enough, CPAC attracts regular visitors from the North and South Coasts and the Blue Mountains.

Cochrane feels the Blake will be no exception. ‘I think it’s going to attract a lot of people because it has such universal themes. We can all relate to conversations about who we are and what we believe in. Even those with no set belief system, we all have some idea or concept of who we are in this world, and the artists in the Blake address that. The Blake prize is about being able to have insight into others’ experiences, that then give you time to reflect on your own.’

As for artists hoping to try their luck in the Blake, entries for the 2018 iteration will open in the first quarter of next year. In the meantime, there’s plenty to see in 2016. ‘There’s something in every exhibition space, every gallery that will attract, intrigue and have people discussing the bigger issues,’ said Cochrane. So leave your other issues at home, get along to Casula, and help the Blake celebrate its new lease on life.

The Blake Art Prize continues at Casula Powerhouse Arts Centre until 24 April. For more information visit the CPAC website and follow The Blake Prize on Facebook.