The strength of Railway Wonderland lies in its agile presentation and the story’s humour and heart and soul.
Jeanti St Clair
[This is archived content and may not display in the originally intended format.] 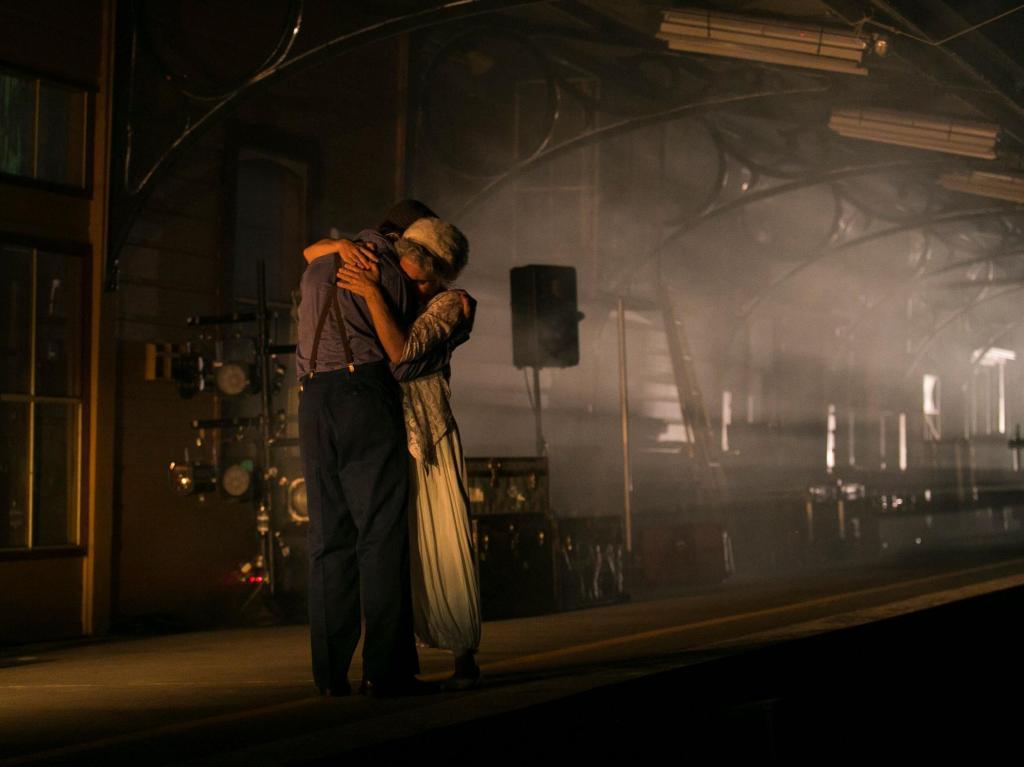 Lismore’s redundant train station had not seen much action since the last train pulled out in May 2004.

Except in 2012 when, thanks to an ingenious creative decision to use the abandoned platform as a stage, the old station found new life as the setting for Northern Rivers Performing Arts’ production, Railway Wonderland.

So successful was the original season, NORPA has staged a reprise and on Thursday, it opened with a full house for a two-week season.

Created under the banner of the Generator new works program, NORPA’s artistic director Julian Louis asked local writers to submit stories about railway journeys or episodes from the history of Lismore train station.

The project has grown into a truly engaging theatre production about the ‘hellos’ and ‘goodbyes’ of train journeys and the stories of migrants and travellers passing through the Northern Rivers over the past 75 years.

The 2015 production of Railway Wonderland again features a classy cast of local performers and city imports working with a clever script co-devised by the original cast and written by Janis Balodis.

On any other week, the station’s waiting room holds a handful of passengers waiting for the bus that connects them with the Sydney or Brisbane trains that run through the nearby town of Casino, while Lismore’s platform and the tracks that run past are silent.

But this atmospheric location has been transformed by the design team into a dreamscape for the central character Ana, played by the delicious Katia Molino, who came to Lismore as an Italian ‘proxy’ bride from the 1940s and first meets her husband Giacomo (Philip Blackman) on the station platform. Now an elderly nursing home resident, Ana returns at night with her suitcase to the platform to take the train home to Italy.

It is during one of Ana’s night visits that we meet some of the present-day passengers and some of the ghosts of the train station’s past. In particular, the stories of Lismore’s significant Italian community and the hippies that came for the 1973 Aquarius festival (and stayed) are centre stage.

In the waiting room behind the station platform, four passengers – played by Philip Blackman and Jo Turner (from the original season) and new cast additions Demetrios Sirilas and Helen Christinson – wait for the bus to the Casino station. Each is leaving on the bus for a reason – to escape, to seek reconciliation, to find acceptance. As the night goes on, each meets Ana and the encounters remind her of moments and people in her life.

Julian Louis’ playful direction brings the right blend of pathos and humour, satire and sadness, silliness and stillness to Railway Wonderland, which successfully traverses a pastiche of genres.

When we revisit the early married life of Ana and husband Giacomo, we are transported to the silent film era in a comedy scene that would please Charlie Chaplin; there’s a Deerhunter grittiness to the scene when we meet Ana’s son Marco as he leaves for the Vietnam war, and when we eavesdrop on a train station romance, we are carried away to a 1940s Hollywood romantic comedy.

The station’s walls and windows serve as a projection screen for video designer, Salvador Castro’s romantic archive of historical photographs and the amusing surtitles of silent film.

A versatile two-man band featuring musicians Greg Sheehan and Shenzo Gregory, and the Vox Caldera choir led by Nicholas Routley, transport the audience across Railway Wonderland’s many eras. Even Ana has a microphone in her purse, into which she croons kitsch but touching Italian love songs.

The karaoke, Italian love songs and the dance scenes among the waiting room characters are offset with intimate confessions that Ana extracts from present and past travellers. A few tugs at the heartstrings here.

The strength of Railway Wonderland lies in its agile presentation and the story’s humour and heart and soul, which is so obviously a group effort. It’s important to emphasis that much of the story came from early creative workshops involving the original five actors.

There are minor changes to the script and staging in this new production and my recollection of the original is that comparatively these changes play out clumsily, although a few more performances may bed them comfortably in.

Jeanti St Clair lives in NSW's Northern Rivers region where she teaches journalism at Southern Cross University and runs the Lismore Ukulele Club. Jeanti is also the arts reviewer for ABC North Coast, and has written on and broadcast arty stuff since forever, like back in the '80s.