It Cannot Be Stopped

Chunky Move’s Artistic Director Anouk van Dijk’s instincts are sound in her choice of truly interesting choreographers.
Liza Dezfouli
[This is archived content and may not display in the originally intended format.] 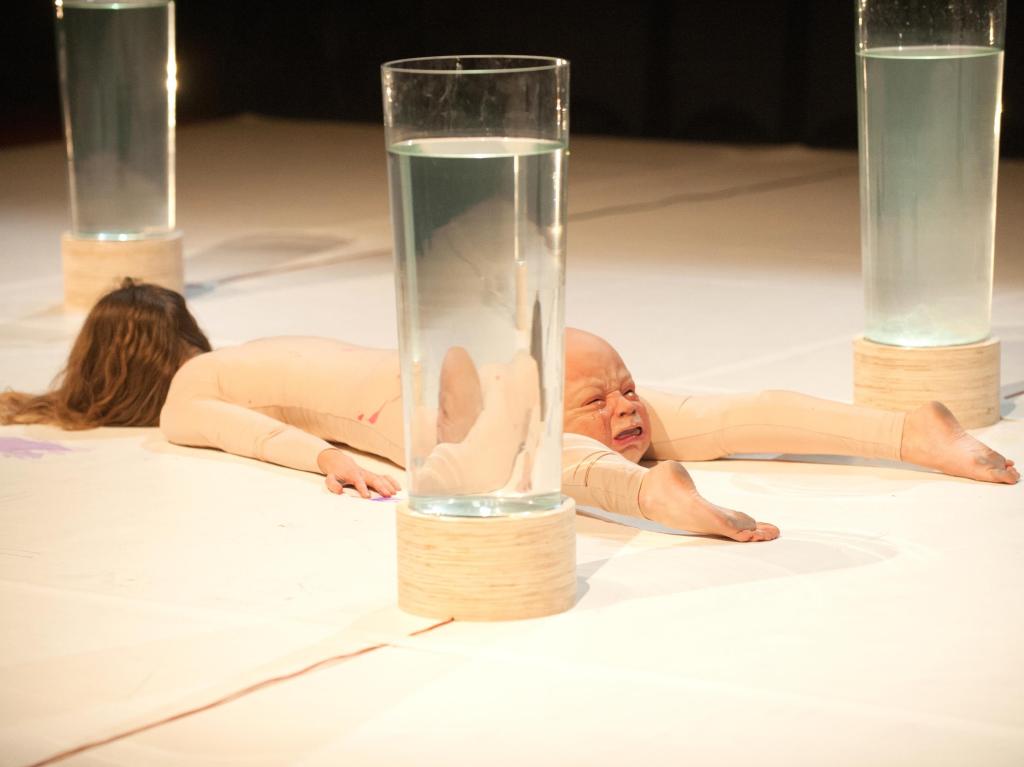 Image from Fountain by Sarah Walker.

It Cannot Be Stopped is the title of a show featuring three separate works by three separate choreographers and refers in part to the unstoppable energy of artistic expression.

Benjamin Hancock’s Princess is a fascinating sole performance where the embodiment of regency meets the dancer’s intensely felt ongoing exploration of his own history of dance training and his authority over his body. Legacies are enacted on and through the body here; Princess speaks of dynasties, of power and prestige. The result is a hypnotic and tightly held performance of singular beauty and eloquence, containing awareness of how deeply a sense of both conferred and inherited kingship becomes incorporated. Princess evokes ancient traditions where political leaders were also spiritual leaders, at the same time speaking to how we create ourselves in our culture, becoming our own princesses in our own ways. A wonderfully festive yet dignified costume, intriguing electronic music and a restrained set here make for a stunning work of sombre joy.

In contrast, Paea Leach’s the lines of birds moves from the introspective study of power to our collective and untrammelled relationship with the outside world. Compelled by lay lines and desire lines, three dancers move seemingly haphazardly over the terrain. This performance takes place outside, not in a constrained designated performance space but the carriageway between the Chunky Move building and the Malthouse with live music scores unique to each performance created by Madeleine Flynn and Tim Humphrey.

There is a randomness and instinctive flow to the lines of birds, it could go anywhere and it evokes the joy of movement for its own sake, as we see in children and animals. The piece concludes with recordings of African celebrations, something that this reviewer found distancing, too literal in comparison with the rest of the work. It seemed to smack of some idea of other cultures’ ‘possessing the secret of joy’ a positioning conclusion or statement about physical freedoms and connection to land.

Atlanta Eke’s Fountain is different again; perhaps the least accessible of these three dance pieces; her work can accurately be described as performance art. There are reminiscences of her highly memorable work Monster Body in Fountain, a piece exploring, among other things, the process of forgetting. She uses props and intensely original visual imagery to look at memory and aging through an extensive and interior physicality. There’s little that’s pretty here, but it is stupendously witty and utterly unexpected. Eke makes an ingenuously inarticulate opening speech before starting to move. The work itself takes us on an extremely visceral journey beyond the need for words reaching its inevitable and shocking end.

It Cannot Be Stopped