What artists can learn from (and teach) astronauts and museums

Leading innovators talk about the future of creativity ahead of the inaugural Creative State Summit.
Brooke Boland
[This is archived content and may not display in the originally intended format.] 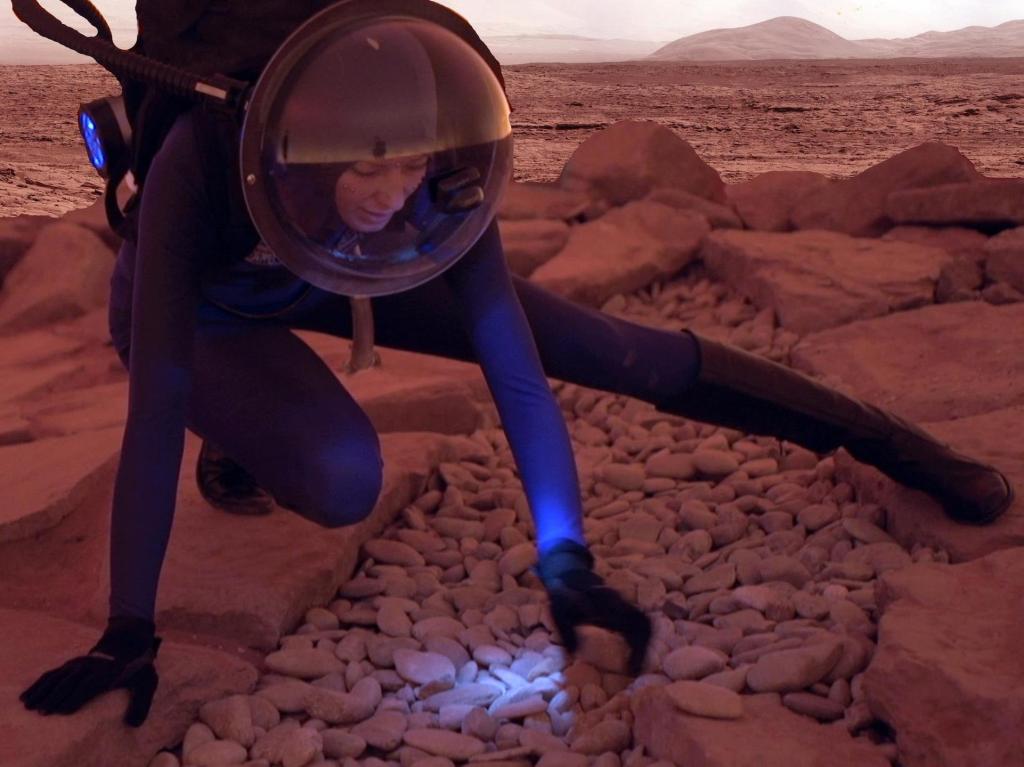 In a matter of weeks, international and local thought leaders, provocateurs and creative innovators will converge in Melbourne for the first Creative State Summit. The Summit will include keynote addresses and panel discussions organised around six hot topics: future thinking today; a creative state; the future of storytelling; dangerous ideas; money and resources; and access and inclusivity.

For a taste of what to expect, we asked four guest speakers to share some of their radical ideas and insights.

If an artist isn’t a provocateur, what are they?

As an astronaut candidate, an occupational diver and the first artist to graduate from the International Space University and NASA Ames Singularity University, Dr Sarah Jane Pell is no stranger to navigating unchartered waters. She has brought her creativity to high-risk operational environments, from the deep sea to high altitude, because she feels that artists are uniquely placed to be thrust into new territories whether it’s space, or the new creative industries paradigm.

‘It is important to acknowledge the elephant in the room for the Summit. The role and value of the artist could be perceived as a disruption, an unknown quantity, and even a possible threat to creative industries.

What’s more, Pell sees even more of a role for artists to be embedded across all industries.

‘I’m usually the only artist among engineers, scientists, and operational crews, which makes it a “given” that I’m the outlier: the one who performs and behaves differently. I navigate the protocols very carefully to maintain safe margins, and communicate in the specific language of the field,’ said Pell. In these new situations, Pell is the explorer who shows how useful creative expression, play and performance can be in helping us to experience and engage with new worlds.

‘Decentralised systems are going to be immensely powerful for the creative community as we move ahead, particularly if they relate to proving when things happened and between whom.’

Entrepreneur, technologist and musician Benji Rogers is no stranger to shaking up entrenched business models. His business dotBlockChain Music is revolutionising music rights management through the development of a new dynamic file format that will empower artists and better enable them to make money. In the future, the development of technology such as this will present even more opportunities for creatives of all persuasions.

Rogers predicts that the development of intelligent media will enable artists to enshrine, and therefore control, their rights directly instead of navigating the plethora of third-party intermediaries like Spotify and iTunes. ‘The ability for music itself to contain all of the rights of who created it so that you can mix commerce with the file itself, instead of having to deal with hundreds of intermediaries to get paid. [That] is going to be immensely powerful as we go ahead.’

Rogers doesn’t only see the change in tech platforms and music rights, but for the entire internet. ‘I think the agony and the ecstasy of the internet [currently] is it creates wonderful, amazing platforms such as Facebook, but in turn it can silo a huge section of it. I think what change will enable is a second wave or second pass at the internet, in which no one state or government, company or private actor could control the network.’

‘In one sense I think the internet that is coming is going to be  more powerful and more decentralised than the one we have today. For creatives, the creation of their identities and the ability to design or express their rights into the works themselves, and allowing those works to permeate the decentralised block-chain back end systems of the future, basically means the creatives are in control, whereas today they have to cede that control to the parties, and platforms, that are all around it.’

We need to be creative, not competitive with each other

Sebastian Chan has worked with museums in North America, Europe, Asia and Australia – which has given him key insights into what the future may look like for this sector, and what the rest of the arts world can learn from the museum experience. At the Summit, Chan will present on the next stage of the digitisation of culture, including the ways that artificial intelligence and machine learning are creating new opportunities for the arts.

‘It has taken art museums a long time to realise what science museums have known for decades – that contemporary museum experiences are primarily social in nature.’ Rather than competing against each other, and with other arts and culture experiences,’ Seb says, museums need to be aware, and responsive to competition from ‘everything else that clamours for time and attention in our busy lives.’

‘Museums need to not only be delivering on their promises – of unique, engaging, exciting social experiences – but they also need to be continually aware of how audience expectations grow as they have ‘museum-like’ experiences in other parts of their lives. Brands are increasingly working with artists to make ‘pop up museum-like’ experiences, ‘art-like’ moments, and whether or not we like these, they have an impact on how the public perceives museums and what they begin to expect.’

Having worked abroad for much of his career, Sebastian is firm in his belief that Australian museums are at the forefront of international practice. ‘Even though our collections may not contain the canon of European art history, our museums are far more visitor-centric, outwardly democratic, and genuinely concerned with public participation than many of those in North America and Europe,’ he said.

But there is always room to improve, especially as we adapt to new forms of digital curation.

‘In many ways, what artificial intelligence and machine learning do is take us to the next stage of the “digitisation of culture” and start to make us reframe and reimagine curation and curatorial practice. Just as museums seem to be getting their heads around mobile devices and social media – the latest hit being the Royal Ontario Museum’s T-Rex’s hilarious profile on Tinder (yes, really!) – we’re also starting to glimpse what might be possible at a global scale with digitised collections and AI-enhanced tools to explore them.’

Nothing exists in a vacuum, not even our creativity

In some ways, the term “creative industries” can be challenging at a philosophical level. What value does one place on creativity as an industry and should that be the defining value of creativity and the arts?

As the head of Singapore’s oldest, and largest museum and the director of two of Singapore’s signature cultural events, the annual Heritage Festival  and Singapore Night Festival, Angelita Teo knows a thing or two about mixing creativity and commerce.

‘Nothing can exist in isolation. A vibrant and creative city is typically undergirded by a co-dependent combination of infrastructure, innovation and enterprise, and most importantly an audience and a culture that respects and values creators. A creative industry therefore encompasses many of the elements necessary to support that culture. Museums can be a nexus that brings all these elements together,’ said Angelita Teo, Director, National Museum of Singapore.

Working from the belief that museums today have a responsibility and obligation to look beyond their doors, Teo considers how museums can take a leading role in seeding and cultivating the creative ecologies that are critical in shaping the character of a city. She sees the future of the creative industries as one that is enriched by a confluence of cultures.

‘The Asia-Pacific as a region is a broad mix of cultures that are at different stages of development with regards to its respective creative industries. What is exciting for us in Singapore is that we are well-positioned to experience first-hand the confluence of many cultures coming together in creative endeavour,’ she said.