The sing-along festival that encourages community, connection and joy

One of Australia’s first participatory festivals returns this winter with a program that encourages audiences to collectively celebrate the power and beauty of the human voice.
Richard Watts 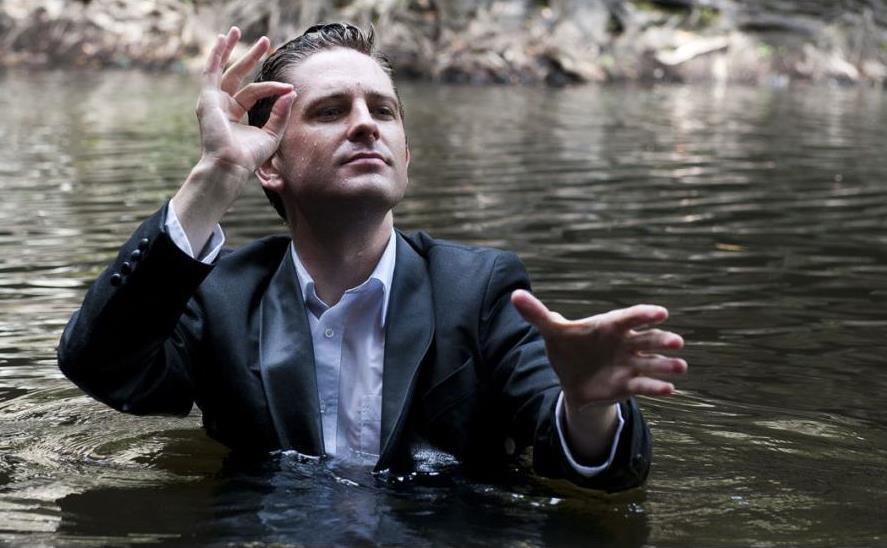 Gordon Hamilton’s Requiem Recomposed will be a modern take on a true classic at Festival of Voices 2021. Image supplied.

A participatory festival for lovers of music and song, Hobart’s Festival of Voices is ‘at its core, a sing-along festival,’ according to Artistic Director Peter Choraziak.

‘That whole notion of people coming together to gather around a bonfire and sing, it goes back to campfire storytelling and campfire singing, really. That’s the DNA of our festival – it’s what we treasure more than anything,’ he told ArtsHub.

Held in the depths of the Tasmanian winter from 30 June – 11 July, Festival of Voices is an important opportunity to gather together and drive away the dark through celebration and song.

‘We’re a happy festival. We’re the light that follows the dark, as I quite often tell people in terms of our timing. We don’t celebrate the gothic or the sombre … we’re a happy community festival and we’re all about having fun,’ Choraziak explained.

Despite having ‘a COVID safety plan for every event,’ he stresses that this year more than ever, it’s important for audiences to gather together and sing.

‘The evidence is clear. [Communal singing] is bloody good for you mentally, physically and sociologically, and that was really evidenced, I think, in 2020. The worth of something is only ever realised when it’s not there. You take an experience away from somebody and they’re going to miss it. And there’s no question that people really missed the Festival of Voices last year.’

‘We’re a happy festival. We’re the light that follows the dark.’

The recent popularity of TikTok sea-chanties and Zoom choirs may have helped compensate for a lack of real-world events in 2020, but as Choraziak explains, there’s nothing like singing as part of a group – whether in a pub, around a bonfire or in one of the many workshops programmed as part of Festival of Voices – to help people reconnect.

‘I’m not a great singer by any stretch of the imagination, but there is something about listening to the person alongside you – you pick up on what they’re doing and you mimic what they doing and that’s how you find your voice. That’s how you find the harmony. And it’s a human connection that has been really missed, not just from the people in the audience but by the performers too,’ he said.

FROM MOZART TO CABARET

In addition to a broad program of workshops and activities focused on choirs and choristers, Festival of Voices features many events designed for audience members who prefer to let others do the singing for them – even though they may secretly love belting out a tune in the shower.

‘Fundamentally, everyone who performs at our festival has a story to tell,’ Choraziak  said, ‘and we program people who can demonstrate singing excellence, so that all those shower singers, all those car singers, can start singing at the workshops that we offer … and then go to a concert and see how good singing can really sound.’

Amelia Ryan and Libby O’Donovan’s Unsung will be a vibrant and vital cabaret. Image supplied.

Featuring a rich program of contemporary singers and cabaret, this year’s Festival of Voices offers something for every taste, ranging from cabaret artists Amelia Ryan and Libby O’Donovan in a raucous celebration of Australian pop and rock divas, through to Gordon Hamilton’s Requiem Recomposed, which Choraziak describes as ‘a modern take on a true classic’.

Performing Mozart’s Requiem under Hamilton’s guidance is the choir The Australian Voices, ‘who have been here now on four occasions at our festival and never disappointed. And the reason they keep getting invited back is because they will tackle new work, Australian work, and at the end of the day they make ensemble singing sexy and brave and uncompromising,’ Choraziak explained.

#VAL is sure to be another program highlight: John O’Hara’s touching cabaret tribute to his mother and all mothers of queer children; indomitable and loving women who often know their children are different before the kids know themselves.

‘It’s just one man singing, accompanied by a guitar, and it is his storytelling – it’s really a campfire story if you like – John talking about how his mother supported him through his sexual awakening and coming out. It’s happy and it’s sad and that to me is the quintessential cabaret,’ said Choraziak.

‘A lot of the best cabarets are based on personal experiences and this one’s no exception. You’ve just got to give it all, hold nothing back. Peel it open, reveal everything, make me laugh, make me cry, and at the end of it all you come out smiling and thinking, “Wow, that was good.”’