Streaming isn’t the only way to take a festival online

Adelaide Guitar Festival will host a series of intimate and innovative video performances from some of Australia’s most talented musicians after its festival was cancelled due to COVID.
Sabine Brix 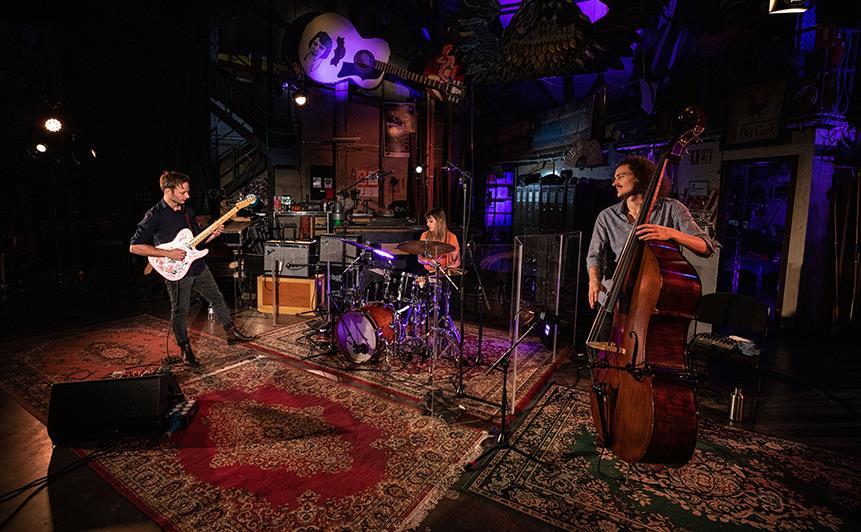 When the Coronavirus lockdown hit in March, Adelaide Guitar Festival’s Artistic Director Slava Grigoryan had to think fast. Not only did he need to develop an alternative offering to the biennial festival, which was to showcase some of the best guitar players in the world alongside a full program of workshops and panels; his offering also had to compete with other festivals across the country, most of which were quickly pivoting online.

‘We wanted to do something a little bit different instead of streaming concerts. We actually thought it would be nice to encourage some unusual collaborations and get them filmed in a very beautiful way with lots of cameras to develop something like a little mini-film,’ Grigoryan told ArtsHub.

The Backstage Sessions was what ensued. Spanning rock, jazz, blues, classical and experimental guitar performances, the series of videos will be shared weekly via Adelaide Guitar Festival’s website and Facebook from July 17th through to August 9th – which was set to be the final night of the 2020 festival prior to cancellation.

Filmed backstage at Adelaide Festival Theatre, tucked away in the wings away from the main stage, the guitarists play against a backdrop of old sets and signage, including technical paraphernalia from the theatre’s history.

‘Visually it’s a very striking, a very beautiful little area. It’s not a space that’s been used by the Festival Centre in this capacity before.’

Those watching can expect collaborations between artists who haven’t played together for years including jazz guitarist Mike Bevan and Alain Valodze, who specialises in Flamenco, Brazilian and Middle Eastern guitar. Other trios featured in the videos include Cal Williams Jr, Chris Finnen and Kory Horwood, with Tom Kneebone’s trio also making an appearance, as well as a performance by singer/songwriter Kelly Menhennett.

Grigoryan, himself a celebrated guitarist, will make a guest appearance in one of the videos playing electric guitar during a performance by The Yearlings.

As well as providing an opportunity for audiences to experience Adelaide’s local talent, the Backstage Sessions are also a way for musicians to continue playing at a time when many have lost gigs and revenue.

‘A really huge priority for us was to draw on our local talent,’ Grigoryan said. ‘Because things are starting to open up a little bit more in South Australia, it was a great opportunity for us to get these artists together at the Festival Centre.’

In addition to the Backstage Sessions, Adelaide Guitar Festival will also host the International Classical Guitar Competition online for the first time, with artists’ auditions and final submission videos uploaded to the festival website.

Finalists’ submissions were sent in from around the world, including Australia, with performances taking place in every imaginable area of players’ homes, including a rendition of Bach from the toilet.

‘This is the first time that the audiences can actually see the audition round videos so it’s exciting to be taken into the private spaces of some of these extraordinary young players who’ve been working so hard for the last few months,’ Grigoryan said.

Visit Adelaide Guitar Festival for more information on The Backstage Sessions which will be shown from 17 July – 9 August.