Revisiting the DNA by taking the curatorial helm

Two new collection displays herald significant changes for the National Gallery of Australia while tapping into the gallery’s collecting DNA ahead of its 40th anniversary.
Gina Fairley 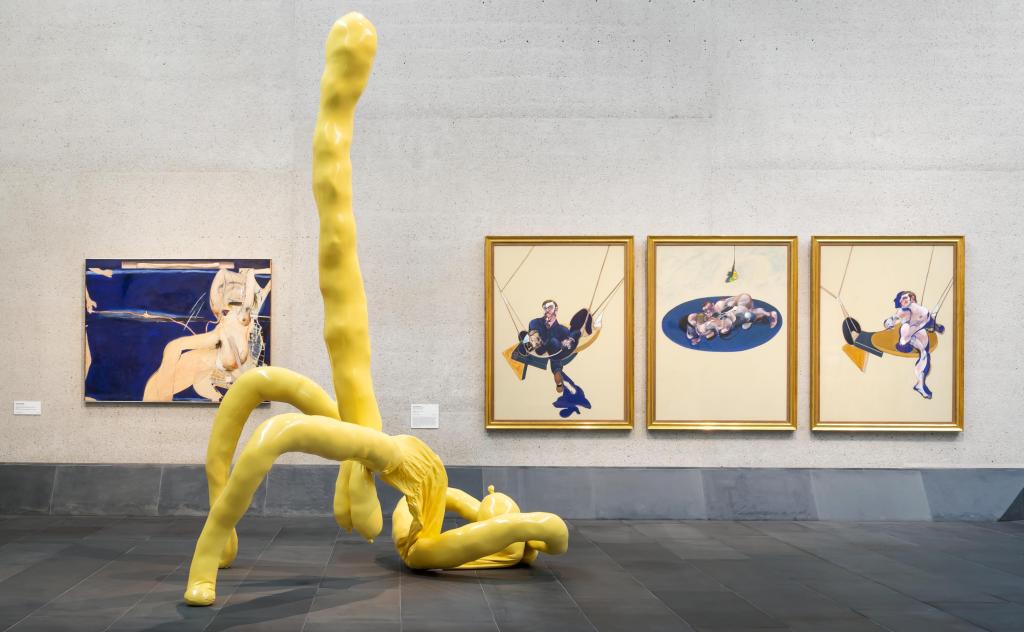 Arguably, the vision for two new displays at the National Gallery of Australia could reach back to the 1970s when inaugural Director James Mollison collected voraciously – from studios in New York to remote Australian locations – with what current Director Nick Mitzevich describes as a great ‘democratising of the object’.

Those iconic works would become signature to a generation of abstraction, sitting in synergy with architect Colin Madigan’s equally modern vision for the gallery when it opened in 1982.

Such works have informed the next chapter of change at the gallery, ushered in by two new collection displays.

‘The DNA of our building is embedded in Towards Abstraction and Emotional Body,’ Mitzevich told ArtsHub.

Since his appointment in 2018, Mitzevich has been on a mission to return the gallery to Madigan’s original architectural vision, opening up spaces and removing plaster board additions in time for the building’s 40th anniversary next year.

When visitors come to Canberra in the coming months they will get a taste of that vision in two new displays, Towards Abstraction and Emotional Body, which Mitzevich has curated in collaboration with the gallery’s curatorial team and which showcase the collection alongside the modifications.

The displays also signal a broader rehang across the gallery, with Australian art moving to Level 2 and the international art collection moving back to Level 1 over the coming year.

‘I am doing that because the physical properties of the spaces are more appropriate to those collecting areas,’ Mitzevich explained.

CURATING FROM THE DIRECTOR’S CHAIR

On curating, Mitzevich said: ‘You have to keep connected, and one thing I have done over the last 30 years, regardless of what position I have held, is to build a clear curatorial perspective – and I just won’t let go of that’.

When asked what works he was dying to bring out of the collection store and showcase when curating these displays, Mitzevich’s answer was unambiguous.

‘I love things of the moment, and the brand new work by Huma Bhabha was something I just had to include,’ he told ArtsHub.

‘What I love about the work is its references to the past and history of culture, and also the future – it has a dual quality, and is also an important new acquisition that speaks to the new vision for the gallery.’

The national collection holds some of the most iconic artworks of the 20th Century, and visitors will see these international greats rub shoulders with Australian favourites.

Towards Abstraction includes major works by Jackson Pollock and Willem de Kooning alongside Fred Williams, Emily Kame Kngwarreye and Tony Tuckson, while the Emotional Body pits works by Francis Bacon and Modigliani alongside Brett Whiteley, Patricia Piccinini and works from the Pacific Collection.

‘I wanted to include more art from the Pacific Region as it is an important part of our collecting history that needed to be elevate. It’s a dynamic inclusion for me,’ Mitzevich said.

‘In his displays, Mollison always demonstrated the juxtapositions of the collection, and these new displays are really inspired by the original hangs, where a carved sculpture or ceramic vessel had the same status as an oil painting.

‘One of the things he did so successfully was to democratise objects in the national collection, and hopefully visitors will be able to see that also in these new displays,’ he added.

Mitzevich started his career as an educator and believes that foundation continues to inform his decision-making processes today.

‘When you study education I don’t think you ever lose those tools. That education lens is embedded in the decision-making of this job – and you bring an audience with you whether you are selecting works for display or making a strategic decision – education is always at the forefront of things.’

Towards Abstraction and Emotional Body are now showing at the National Gallery of Australia. Free Admission.