The study of creative industries is being recast in terms of the possibilities of cultural economies, a far cry from dry economic theory.
Brooke Boland
[This is archived content and may not display in the originally intended format.] 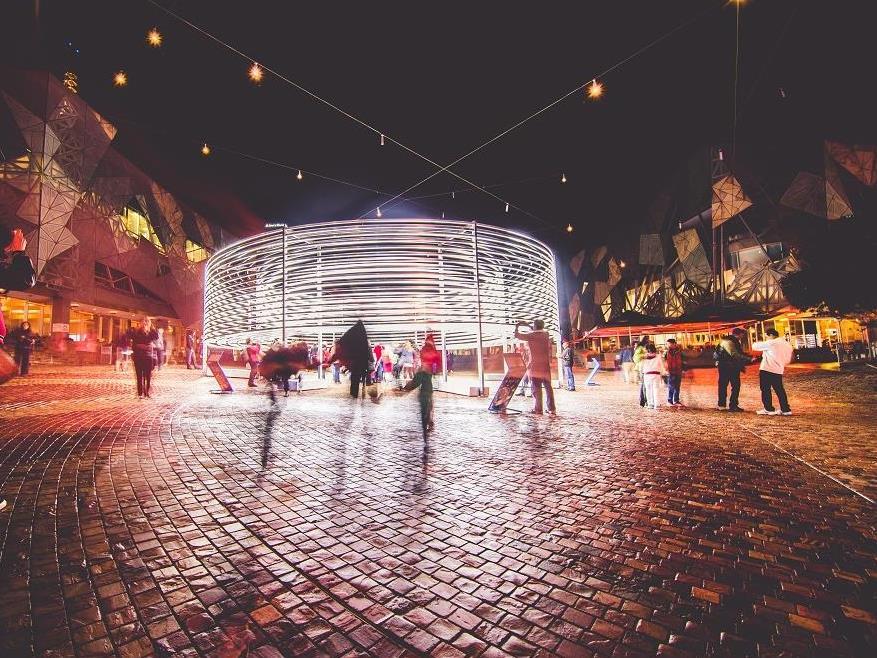 If the word economy makes you think of economic theory and abstruse formulae, it’s time to update your thinking.

Cultural economies are the structures which deliver cultural vitality. They are the context in which important social issues like sustainability and ethics intersect with the character of a city or even the possibilities of a developing country.  They are often the vanguard of change in how people work, relate and build communities.

Being part of that conversation is anything but dry economics. It’s an opportunity to be creative on a big scale.

The broadening of this concept of cultural economy is behind the recent changes to the Master of Cultural and Creative Industries by coursework at Monash University, said Professor Justin O’Connor, Professor of Communications and Cultural Economy at Monash.

Find out more about the course here

‘We study economies, we don’t study economics,’ explained O’Connor. ‘What our program does is try to give an overview of the ecosystem in which culture now takes place. It’s not arts administration, not in that narrow sense, and it’s not a career in any particular branch like a Master of Music Industries.

‘It is really about all those kinds of people who are moving through that ecosystem. There are all sorts of skill sharing and moving between organisations – you do one thing in the morning and another thing at night. We call it “Cultural and Creative Industries” to cover that broad area.’

Creatives and artists move between different yet interrelated cultural aspects – between the social, the aesthetic, and yes, even the economic. ‘But they are working in a space where it is impossible to say this is the economic bit, this is the arts bit,’ said O’Connor.

In a period of massive workplace flux, the cultural economy is particularly well placed to respond to issues such as the uncoupling of wages from work in the context of increasing automisation and the prospective influence of artificial intelligence.

‘This is exactly where the cultural /creative sector is. These sectors have co-operative working models, creatives often work for free or for social benefits sometimes, as well as getting the money in to pay rent. So understanding that and giving value to the people who are doing that is an important part of what we do.’

O’Connor said traditional economic models often fail to account for the intricate connections that of the cultural and creative sectors.

‘[They] are trying to create a value that is not amenable to standard MB analysis and so we are saying “no, these are economies. They are about resources and how people spend their time, but we need to find a new way of describing them.”’

The course itself is critical of traditional models while also remaining future focussed. As the only Masters in Australia to include a critical international framework for the study of cultural economy, it provides interesting insight into how culture can build economy and transform communities across the world.

A rotation of international guest lecturers, including overseas government cultural policy advisors and members of UNESCO who work in developing communities, informs the international focus of the Masters. As does one of the core subjects “Shanghai City Lab”, where students go to Shanghai to closely examine cultural spaces first-hand in this emerging creative superpower.

‘We give students a deep immersion into what that city is like. It’s kind of a shock for the Australian students, and even the Chinese students who want to go back to see what is going on there. This year we did a lot on co-working spaces and they are state of the art in Shanghai.’

A new approach to internships also capitalises on further industry connections and activates the relationship between industry and university as a partnership that benefits both.

‘One of the internships we run is called a ‘research internship’ where the student does a little research project for the company that is of use for them. It’s almost like a consultancy project for them to look at some aspect of the organisation and to let the student to spend some time on that.

New leadership, entrepreneurship and research opportunities in the Cultural and Creative Industries

‘We are finding ways of linking with the local sector and sometimes the international sector and just finding ways to make connections between what we do in the university space and the industry that are more than just lip service to ‘industry relevance’.’

A new way of thinking – beyond ‘creative industries’

There’s going to be a major shift in the thinking behind cultural policy, said O’Connor. Which is why seeing things ‘big picture’ is becoming increasingly important.

The change is already reflected in the kinds of skills employees are looking for.

‘Employees don’t just want someone with a specific skill, I mean you want somebody who can do your film or do your website of course, but they are looking for people who can move between different things, who are not just doing the ‘A to B to C tasks’ but can really understand the different aspects of it.  I don’t just mean multi-tasking and multi-skilling. I mean an understanding that in any project there is an economic aspect, but also people who ask what’s the cultural value? What’s the social link? What’s the urban link?’

‘Basically that’s what we are doing. We don’t provide training in music production or sit down and teach people how to write arts grants. We actually give them a really grounded overview of what that field is and then take them into some really practical problems and issues that they have to bring their judgement to.’

To find out more about the Master of Cultural and Creative Industries by coursework at Monash University, visit http://future.arts.monash.edu/master-cultural-creative-industries/