The winners of the 2021 Creative Partnerships Awards have been announced, featuring recipients who re-define what giving means.
George Dunford 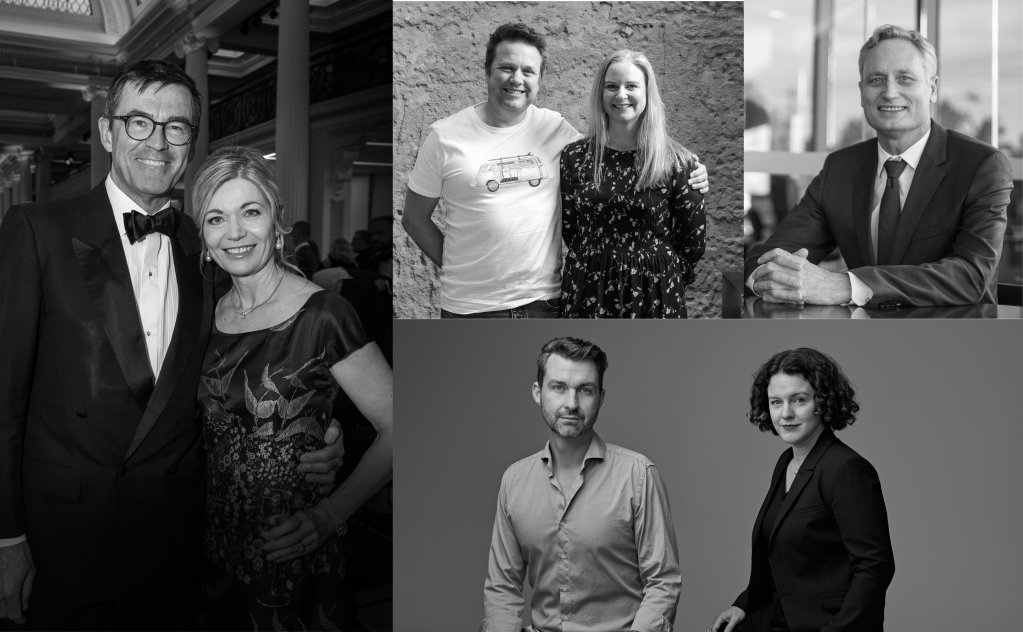 As the arts were changing with COVID, so too were many of those who gave to the arts. This year’s winners of the Creative Partnerships Australia (CPA) Awards celebrate the philanthropists who created hope in the crisis.

‘The recipients of this year’s awards all embody a genuine love of the arts and culture, and a desire for them to be ambitious and to be shared as widely as possible,’ CPA CEO Fiona Menzies told ArtsHub.

This year’s Emerging Philanthropy Leadership Award is a prime example of that ambition. When this year’s winners, Nick and Sophie Dunstone returned to their hometown of Adelaide, they saw a need to invest in the city’s arts infrastructure. They founded their Light Cultural Foundation in 2020 in a heritage building in Adelaide’s West End, creating a venue like no other in the city.

Opening The Lab this year created a new space for artists. Nick Dunstone described it as ‘a performance space that is surrounded 360 degrees by wall-to-ceiling LED screens, which are incredibly lifelike, enabling you to transport audiences and artists anywhere’.

The timing was perfect for a COVID pivot but it was also about offering an enhanced digital offering for the performing arts.

‘The easiest example is if you were a First Nations musician and you want to play on Country, you’re able to create that very visceral, real sensation of performing on Country, not just with the digital set behind the artists but actually with digital sets that are enveloping the entirety. So you actually feel like you’re in that space that’s relevant to that performance and right there,’ Dunstone explained.

Dunstone is also unique in his approach to philanthropy as he challenges more traditional approaches, not investing in existing institutions but setting up his own foundation which embraces risk and innovation.

‘The key message is that if people continue to devote capital to the same types of artistic expression, then we will not truly embrace creativity. And so I would love to encourage others to continue exploring as many different ways of expressing art [as possible], and making sure that the capital that’s invested is made available to emerging creatives,’ he said.

In fact, Dunstone believes philanthropy should be a force to renew the arts by looking at where it can direct funding.

‘Revolution and reinvention requires a disproportionate emphasis and focus on emerging creativity, as opposed to existing art forms.’

Menzies concurred that the Dunstone’s project is about bringing an entrepreneurial model into the arts.

‘It’s very much based on that principle that the best gift you can give an artist is time and space, and that’s what I think they’re really trying to provide – a place where people can come and try new things and experiment with their art,’ she said.

That space is a rare launchpad in the arts which enables creative growth. ‘I love that sort of risk-taking element of it. That it’s not just about putting on the perfect concept. It’s actually about providing a place where experimentation can occur,’ Menzies said.

RESPONDING TO OUR TIMES

There’s no doubt 2021’s cancellations and closures have hit the arts hard, so philanthropy has risen to meet these bitter challenges.

‘I would say that the clear and significant impact of the pandemic on the art sector has really highlighted awareness of the important role the arts play,’ Menzies reflected, ‘and I think that a number of these award winners, and what they’ve done, reflects that valuing of the role of the arts in the community.’

MDCH gained founders Chris Howlett and Adele Schonhardt the Arts Leadership Award for beaming 400 livestreamed concerts across the country, featuring 1,500 performers who were ineligible for financial support. Recently it has re-branded as Australian Digital Concert Hall and promises 200 concerts in 2022 from across Australia.

Howlett and Schonhardt began with their own passion for music – Howlett is a cellist who has gone on to lead Bendigo Chamber Music Festival, while Schonhardt has championed Musica Viva in an international career that spans Germany, the USA and Australia.

‘When live performance was shut down, a lot of people started thinking, “Gosh, we better get stuff online, to stay in touch with our audiences.” And they thought of it through that prism. Whereas what Adele and Chris thought was, “How can we use the online environment to provide a source of income to musicians?”’ Menzies explained.

In Brisbane, property developer Scott Hutchinson took the chance to make change by creating a new venue, which was recognised with this year’s Business Leadership Award.

With Brisbane’s dynamic inner city music scene under threat from new developments – the same pressures which saw the demolition of the iconic Festival Hall in 2003 – Hutchinson redefined the precinct with The Fortitude Valley Music Hall on the site of the previous venue. It’s become a centre for comedy, music and cabaret that brings life into the city.

Hutchinson himself is the fourth generation of the family business, but it was his passion for music that saw him driving this project.

‘He just loves music,’ Menzies explained. ‘He wants other people who love music to be able to enjoy music, too. It’s really that simple but it’s also about that sharing instinct that unites this year’s winners.’

That sharing is evident in the long history of giving by John Wylie AM and Myriam Boisbouvier-Wylie, who are the winners of 2021’s Philanthropy Leadership Award. Together, they have supported over a hundred organisations, not only with financial contributions – such as the $8 million they gave to the renovation of State Library Victoria and the $5 million gifted to the University of Melbourne to establish the Boisbouvier Founding Chair, a professorship of Australian literature – but also through offering their time and expertise.

John Wylie served as President of the State Library of Victoria for nine years as well as chairing the Redevelopment Committee of the MCG in the lead up to the 2006 Melbourne Commonwealth Games. His eight-year term as chair of the Australian Sports Commission was marked by increased funding for athletes and a greater focus on women’s sport.

Myriam Boisbouvier-Wylie has shared her husband’s dedication to public service in several roles, including as President then Honorary President of the Parents’ Association of the French school in Melbourne. For this contribution to education, France has awarded her with the Chevalier de l’Ordre des Palmes Académiques and Chevalier de la Légion d’Honneur.

John Wylie AM and Myriam Boisbouvier-Wylie, the John and Myriam Foundation

Meet all the winners of this year’s Creative Partnerships Awards.