A unique creative hub, Federation University’s Arts Academy in Ballarat will train versatile and adaptable performers with skills that prepare them for the future.
Richard Watts 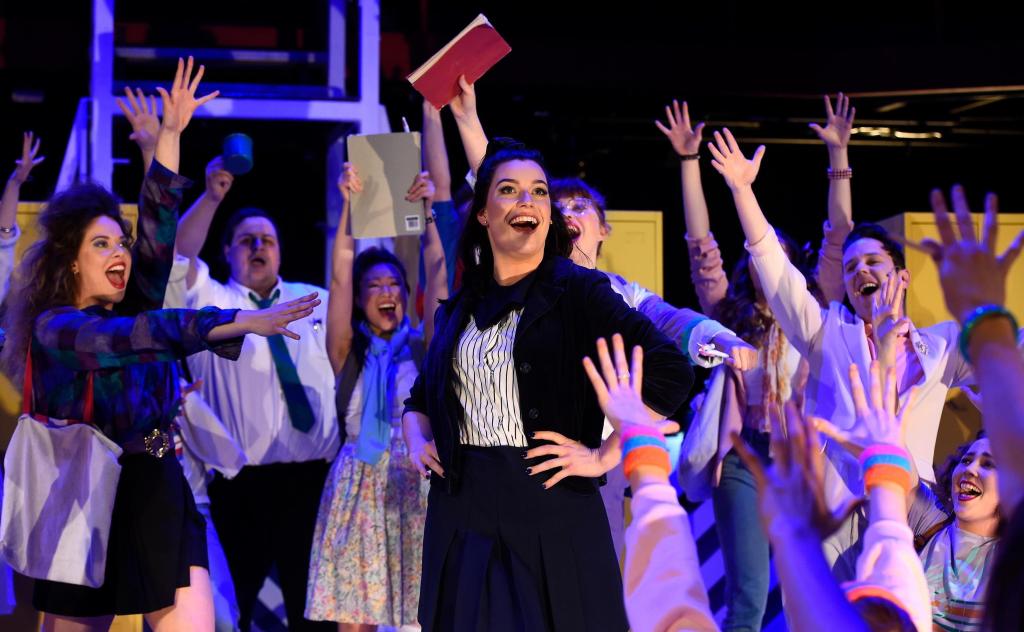 ‘What we want to do here at the Arts Academy is create a community of performers, makers and presenters,’ said Arts Academy Director, Associate Professor Rick Chew.

Adapting to an ever-changing industry which demands graduates be familiar with both stage and screen acting techniques, the Arts Academy Ballarat is offering an exciting new course: the Bachelor of Performing Arts, designed to build well-rounded, reflexive, versatile and adaptable screen and musical theatre performers.

‘We’re breaking down the silos,’ Chew explained. ‘What we’re noticing with the students is that they’re really diverse and they have quite a broad skill-set that they want to develop. And for the creative industries they’re entering, to be diverse in your skill set and flexible is actually really important.’

Chew calls the new Bachelor of Performing Arts degree ‘an evolution rather than a replacement’.

He continued: ‘Really, what we’re doing is trying to take the best of what we were doing and evolve that to actually give the students more opportunity. We want to make our graduates job-ready and we are proud to be Victoria’s number one university for graduate starting salary and full-time employment.

‘So if you have music theatre performers who really want to get into Shakespeare and into screen acting then we’re opening up that opportunity more for them, and vice versa. The actors can actually do more singing, more dance-oriented skills-based work during their time here,’ Chew explained.

While the bachelor degree is specifically focused on music theatre and acting for stage and screen, and covers everything from Sondheim to Shakespeare, students at the Arts Academy also have plenty of opportunities to create their own new work.

‘We’re really interested in the students’ creative potential as makers of theatre. We’ve been running a student theatre festival for many years now, which we don’t assess – we literally just give them the theatres to work in – and they’ve come up with some really remarkable work over the years. That led me to think that we should be really fostering such experimentation and promoting this place as a creative hub for new work,’ said Chew.

‘We’re really interested in the students’ creative potential as makers of theatre.’

Ballarat’s reputation is clearly spreading. ‘We get a lot of word of mouth feedback from prospective students who are coming in, and they say that what they’ve heard about the place is that it’s a community. It is somewhere where they live and work with the arts. We have all of the arts represented here and in that sense it’s unique, I think, as a regional campus.’

Located in the creative heart of Ballarat in Victoria’s Central Highlands, approximately one and a half hours drive from Melbourne, studying at the Camp Street Campus ensures students and staff alike are part of a creative cluster including the historic Her Majesty’s Theatre, the Art Gallery of Ballarat, and the University’s own Post Office Gallery.

‘We’re on Camp Street, which is where the police camp was situated during the [Eureka Stockade] rebellion so there’s a real sense of heart here and of being in an important place in Australian history. As well as that there’s the beautiful art gallery that sits right next to us and there’s the Mining Exchange which juts right into the campus – so there’s a real sense of old and new about the campus which I think is quite quirky and sort of extraordinary in my experience.’

The Arts Academy sits within the School of Arts at Federation University.

Students accepted into the course will find themselves working with some of the leading professionals in the Australian arts industry, including theatre directors, music theatre performers, screen actors, composers, musical directors, designers and choreographers.

‘During their time here they’ll be working with a number of creative processes and with really significant artists – and what I love about this place is that some of our alumni regularly come back to teach here. They have a special connection with us.’

Most recently, former graduate Ash Flanders (a Helpmann Award-nominated writer and actor who has worked with some of the country’s leading theatre companies including Malthouse and the STC) returned to the Arts Academy in Ballarat to work on a new adaptation of the Sisters Grimm production The Sovereign Wife, an irreverent stage play being developed into an original musical theatre production.

‘Ash studied acting here – he’s now part of Sisters Grimm with Declan Greene, and together with Casey Bennetto they were here working on the play, The Sovereign Wife, which is being developed as a musical for Malthouse Theatre. And so our students had the chance to work with Ash and they absolutely loved it. It gave the students a real feel for what experimental music theatre can be,’ said Chew.

Other alumni of the Arts Academy include Josh Piterman, currently playing the title role in The Phantom of the Opera in London’s East End, Sarah Morrison, who is presently performing in acclaimed musical Come From Away in Melbourne, and actor/singer Syd Zygier.

‘If you look at our graduates, a classic example would be Syd Zygier, who graduated a few years ago as a music theatre performer and was very keen on being part of that artistic milieu. She’s now starring in the television series Les Norton. That’s what our students go into – they’re very interesting people and I want to maximise their work potential,’ Chew said.

The skills taught at the Arts Academy are increasingly in demand in the changing workplace, he continued.

‘A few weeks ago I was at a conference with a senior executive at Deloitte, and he was saying that the future of work is about the heart skills as well as the skills of the hands. Compassion in the work place is something that’s being talked about now a lot by executives, and so they’re looking for staff that can really adapt to these new work spaces and have people-centric skills.’

FIT FOR THE FUTURE

In a fast changing world, the Arts Academy in Ballarat is training adaptive and emotionally intelligent graduates who can think on their feet and easily adapt to the diverse demands of stage and screen acting.

‘We’re looking for people who are curious and who want to try out all sorts of really interesting areas of performance practice, but we’re also about honing your skills to be able to cope with an eight show week. We’re looking for people who can adapt to that high-pressure working environment, and we train them in a nurturing space which really values their own personal creativity and their development as emerging artists,’ Chew concluded.

Visit the Arts Academy Ballarat’s website to learn more about the Bachelor of Performing Arts.