Ravenswood Australian Women’s Art Prize now has a prize pool of $45,000 with the introduction of a new category in 2020 which encourages entries from emerging Indigenous artists.
Sabine Brix 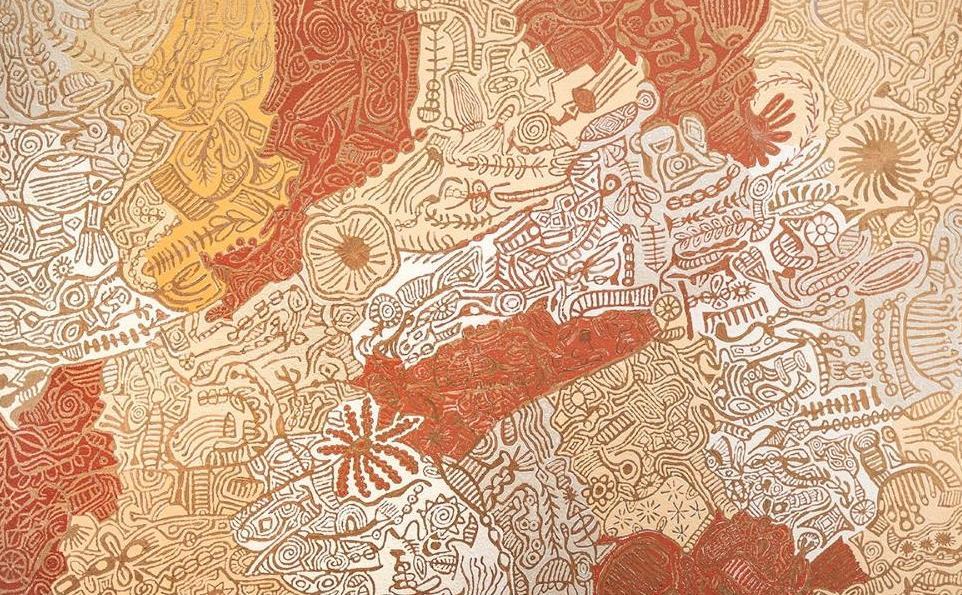 Beyula Puntunkga Napanangka was a finalist in the 2019 Ravenswood Australian Women’s Art Prize with her work Kalinykalinypa Tjukurrpa 183-18.

When Edwina Palmer, Judge and Director of the Ravenswood Australian Women’s Art Prize, first launched the Ravenswood Prize in 2017, her priority was to create more opportunities for female artists as well as to give students at Ravenswood School for Girls a way in which to connect with artists through getting to know them personally to gain a greater understanding into their practices.

In the two years since the prize was established, entries have doubled and it is the richest professional artist prize for women in Australia. With 1200 women submitting works this year, the prize’s success has surpassed Palmer’s initial expectations.

‘I am astounded at the way this prize has evolved.’ Palmer said. ‘For me this whole national art prize is about building connections between education and the arts community.’

She believes its popularity has increased because artists can now submit work without adhering to a theme, allowing them to focus on creating work that best reflects their practice across all forms of media. It’s also a time where women are building their own arts practices and looking for funding to help bolster their work.

‘Women are out there in the post-digital age running their own professional businesses and they’re looking for prizes as a way to elevate their work and get it out there, they don’t necessarily have commercial galleries backing them,’ she said.

While Palmer believes there can never be enough done to support the work of Indigenous artists in Australia, the addition of Ravenswood’s new category will help support artists looking to get their work into the spotlight.

‘We’re trying to create a new opportunity for emerging Indigenous artists as well as to build connections between the school and those artists,’ Palmer said of the prize, which is open to Indigenous artists who have been practising for five years and may or may not be represented by a commercial gallery.

What makes a winner?

The winner of the 2019 Ravenswood Professional Artist Prize of $35,000 was Joanna Braithwaite for her oil on canvas artwork, Bold and the Beautiful, a painting which characterises unique Australian birds while celebrating eccentricity within all of us.

For Palmer, winning works not only have artistic merit, but a special quality that is recognisable upon first glance.

‘Joanna’s work just had an artistic audacity that was beautiful, she owned it,’ Palmer said. This year’s Emerging Artist Prize of $5,000 went to Chris Casali for her graphite watercolour, Mutawintji Dreaming, and was described by both Palmer and fellow judge, acclaimed artist Jennifer Turpin, as ‘an intriguing shimmering dreamscape, a complex work which conjures the space of the imagination.’

Entries for the 2020 Ravenswood Australian Women’s Art Prize open on Wednesday 6 November 2019 and close on Wednesday 18 March 2020. Opening night and prize announcements will be on Friday 29 May 2020.