When things feel bleak, The Australian Cultural Fund is hitting opportunities out of the ballpark to fund artists’ projects.
Gina Fairley 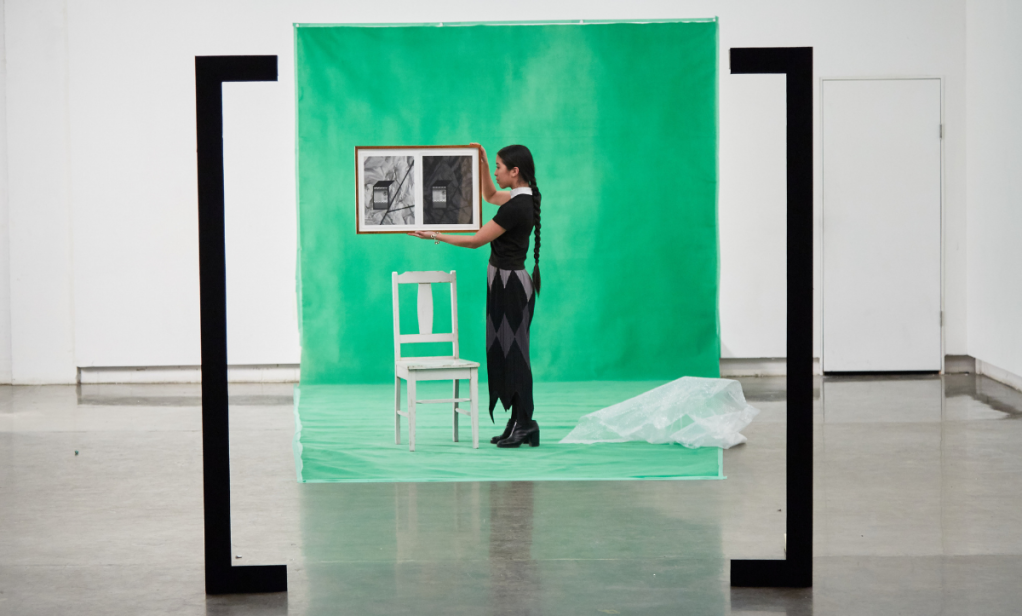 Few would agree there is little joy in funding applications. They are the necessary headache – and often heartache – that many individual artists, creatives and organsations face.

The sector brushes it off with a pride for resilience and riding it out. But it need not always be that way. We just need to learn how to ask better, and think of new ways of asking.

Fiona Menzies, CEO, Creative Partnerships Australia (CPA) told ArtsHub: ‘Yes, Australians are good givers, but it has been commented that we are not as good at asking as giving. There is some truth to that.’

The Australian Cultural Fund (ACF) makes asking more ‘human’ (despite being an online process). How? Because it is led by the artists or organisations, and allows them to bring their donors – regardless of scale – on a very personal journey with them.

From December 2021, CPA has removed the service fee on all project donations. Four months in, Menzies said they have seen an up-tick in the support.

‘We usually get a lot of projects in April, ahead of the end of Financial Year, but this has made for a more even scope of new projects to engage with and support,’ she told ArtsHub.

Dropping the fee was not a COVID reaction.

‘Some time ago, a flat 5% fee was charged; then we introduced a tiered fee, and in the end that led to further conversations across our team and board about whether we need to charge a fee at all. It was a longer conversation, but COVID was perhaps the catalyst,’ Menzies explained.

The change is a permanent one for the funding organisation – and a win for the sector.

Be brave and ask

When we work for an organisation we are more used to asking, but as an individual, you are really asking for yourself – your career. I never hesitated when I was in a fundraising role, because I felt really passionately about the organisation I was fundraising for, but it’s a bit different when it’s your own project,’ Menzies told ArtsHub.

Projects funded by the ACF are almost all by individual artists or small groups. ‘The reason is if you are an individual you cannot get their own DGR status. And if you are a group of artists or an organisation, there is a lot of compliance in setting up a company or association so often they don’t do it – but we have this amazing facility they can use without having to incorporate,’ she continued.

In a nutshell, the ACF will post your project on their website, they collect the money and send the tax receipts out. All you have to do is foster a relationship with those who give to your project.

‘It is important to communicate back to donors what has been achieved through the money received. We tell artists who those supporters are so they can further engage with them, and thank them,’ Menzies said.

Menzies said that donors knowing 100% will go to the artist often helps get donors over the line to give. ‘We have been having a lot of different conversations from the donor side of things, and it very much matters,’ she added.

The value of PAFs

Firstly, what is a PAF – a Private Ancillary Fund – and how can they help me?

PAFs are a relatively new structure and have been set up so that the donor can trickle out funding over sequential years to get rolling annual tax deductions. They also have a set percentage – or minimum distribution of assets – to be allocated each tax year.

‘I often get asked, “How do I get into PAFs?? Basically, if a PAF wants to fund you, they will let you know. Some of them go very under the radar because they already know what they want to fund and don’t want to be approached by others,’ Menzies added.

A good example of a PAF partnering with the ACF is the new multi-year funding pilot between Creative Partnerships Australia and the Tim Fairfax Family Foundation (TFFF).

‘What this new initiative is doing, is making it much easier for TFFF to give multi-year grants – which is much better to receive than single year grants because it gives the recipient arts organisation more certainty,’ said Menzies.

TFFF is set up as a PAF.

‘The main message is that we want to partner with as many PAFs as we can, in order to channel funds through to artists and the arts more generally,’ Menzies told ArtsHub.

Who can apply for funding?

‘Any artist can use the ACF as long as they are engaged with genuine arts and cultural activity,’ said Menzies.

When it comes to a PAF, each will have their own application process, and then upon accepting who or what they will fund, the project funding will be run through the ACF linking the patron with the project, Menzies continued.

With regard to timeframe, Menzies said most projects funded are working within a fixed timeframe – to deliver a work for a festival, to make a new film etc – but there is not a set period or deadline to post a project with the ACF.

‘Some artists use it as a more continual, all-year fundraising pattern, which is paid out on a monthly basis. This is good for more sustained activity and alleviates having to ask the same donors all the time,’ Menzies explained.

She continued that the ACF is structured very differently than other crowdsourcing platforms that work on a reward basis and require the target to be met to be paid.

‘The investors want to make sure when they say it will happen, it will happen – it is an output expected to be delivered. We don’t have that rewards element as we feel we can still contribute something to the project,’ Menzies said.

‘Fundraising for arts and cultural activity is very different, compared to other charities. People support them because they believe they do good work, but people generally only give to a particular arts project because they have a more direct connection with it’ she added.

‘Generally people go to our website because they have been sent a link by someone they know. My nirvana would be if people had the habit of waking with the thought, “I would like to fund an artist today” and take a browse.’

That is the nature of giving; you give to things you’re passionate about.

Menzies said that while visitors to the site can go ‘off piste’ and start browsing other projects, it is currently not a big trend of their user-funders. The upside is that once you have core supporters, the trend is that they will bring other new people to you.

How much to ask for

As with any funding application or strategic plan, it comes down to a balance of vision and realism.

‘Success begets success,’ said Menzies. ‘If I look at a project asking for $10,000 and it has only raised $152, I might question whether the project will go ahead or not. But if the target is $2,000 and I can see that $1,750 has been raised then I am going to feel that I am really going to help make it happen.’

Menzies added: ‘There is a lot of psychology around giving. But at the same time you don’t want to downgrade your work. People buy into your vision, but you still need to be realistic with what you can raise.’

To learn more about how to apply to the Australian Cultural Fund, check out their First Timers Kit.