Lighting the FUSE on an explosion of community creativity

Growth, change and adaptability are key elements of any creative practice, whether of individual artists or local councils, especially in the time of COVID.
Richard Watts 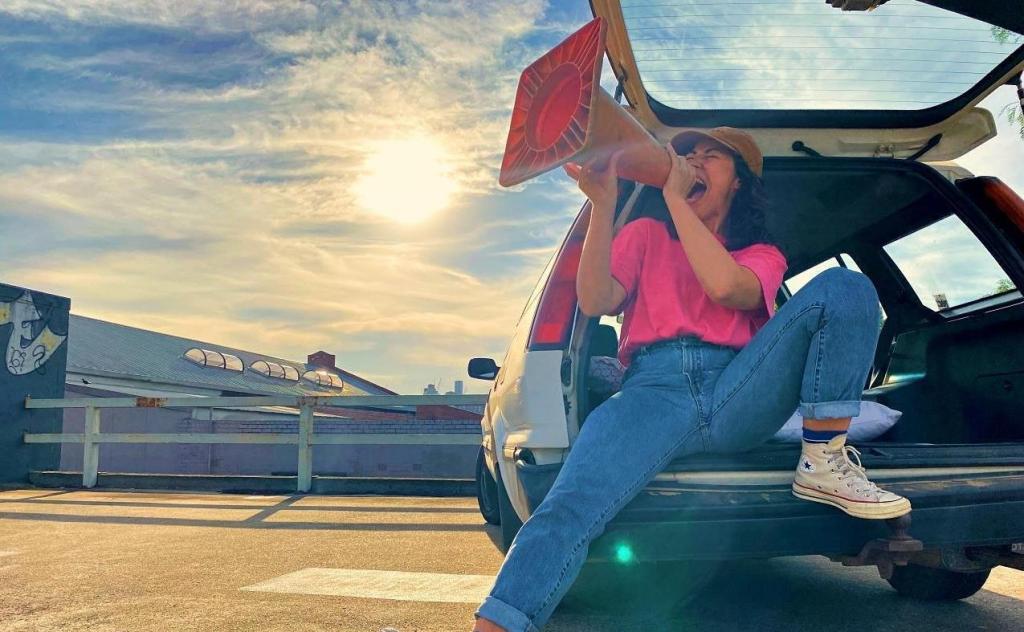 As a result of the pandemic, all festivals have leaned into their local communities, resulting in hyperlocal programming with a strong sense of place.

In the City of Darebin, located in Melbourne’s inner north, programming for the bi-annual FUSE festival – a fusion of previous festival events – has resulted in works which speak directly to cultural diversity, history and local pride.

‘This festival truly is a celebration of our creative community,’ said Darebin Mayor, Councillor Lina Messina.

‘The City of Darebin is one of the most culturally diverse communities in Melbourne and we celebrate that diversity in FUSE,’ she added.

While much of the program is new, and shaped by contemporary concerns, one of the most significant events in the FUSE program speaks to a fiery clash between locals and the State Government that took place some 30 years ago, sparked by the forced closure of Northland Secondary College.

Demonstrating the determination and the character of the school’s community, the Kennett Government’s decision was bitterly opposed. Two of Northland’s Aboriginal students – the school had the highest Indigenous student population of any secondary school in Victoria – lodged a complaint with the Equal Opportunity Board, arguing that the decision to close their school was an act of systemic racial discrimination.

Three years later, in the Supreme Court, the Northland community won. That victory will be celebrated in FUSE through the exhibition and gathering, A Fight for Survival (a FUSE Fund recipient).

‘Northlands – or Preston East Technical School, as it was when we started there – was a very community-oriented school. It felt like the local community had a lot of input into that place,’ said Lyn Thorpe, the co-producer of A Fight for Survival and previously a Koorie Educator at Northlands at the time of the campaign.

Ensuring the school’s inclusive approach to education is not forgotten is an important aspect of the exhibition, Thorpe added.

‘It goes back to identity, which is at the heart of this story, really – identity and creativity and working with creativity and culture, many different cultures. It’s a way that we worked for many years and people respond to that, and it’s a good way to develop culturally safe places,’ she said.

Co-producer Jill Morgan, also a former teacher at Northlands, said visitors to the exhibition would experience ‘the importance of two-way learning and respect for each other. And I think what they’ll really experience is what it means to walk together – to truly walk together to make a change for the community.’

‘For me, this project is giving high visibility and voice to women of colour particularly, and femmes of colour; folks that have just been waiting for so long. And we had such incredible pickup when we put out the provocation to speak back to your perpetrator; to speak back to oppression; to speak back to the racialised gaze and to find yourself in it,’ Bowers said.

As part of making the work – which will exist both physically and digitally, in response to COVID – the TAKEBACK! team have tackled the challenge of reimagining the way new work is made today.

‘We are also bringing in front-of-house and technical teams that reflect the cast more, because the existing structure? We all know tech – it’s wall-to-wall white boys, right? But also front-of-house and venue operators. For us to be in those spaces, we are straightaway an anomaly. And so we are working to make this structure malleable and supportive.’

That malleability is a central aspect of FUSE, which has taken advantage of the COVID challenge to truly celebrate the culture and people of Darebin, while also championing local artists and creatives.

‘FUSE promotes First Nation artists, is artist led with bold and contemporary offerings, and celebrates the vibrant cultural diversity in Darebin … [which] is the home and workplace to a large community of artists,’ said Darebin Mayor, Councillor Lina Messina.

‘About 40% of all businesses in Darebin are within the creative and cultural industries sector. With such a high number of creative industries locally, we want to celebrate arts, culture and their creative ecologies, and support their growth and sustainability,’ Messina concluded.