New York cabaret comes to Hobart for the Festival of Voices.
Troy Nankervis 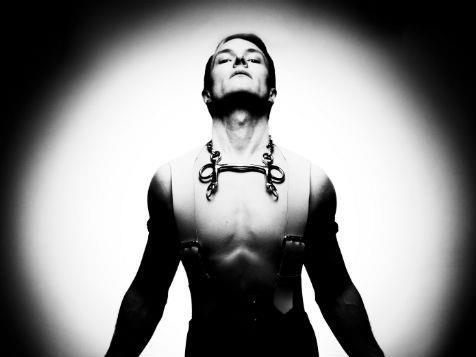 Award winning New York based cabaret extraordinaire Kim Smith is presenting the highly anticipated, curated cabaret season Voicebox at this year’s Festival of Voices (FOV), set to infuse the city of Hobart with song for ten days straight from 4 July.

The late night ‘festival-within-a-festival’, based at Hobart City Hall, features a number of leading artists from across the globe.

‘I’m really proud of the program we’ve put together for Voicebox this year, and feel deeply honoured to be serving as Artistic Curator,’ said Smith.

‘I’m bringing over several international acts, including the bewitchingly talented Joey Arias, the hilarious and bewildering Erin Markey, the one and only Meow Meow, and my husband, American tenor William Ferguson, with his romantic and beautiful Viennese program.

‘I wanted to populate Voicebox with beautiful and unique performers who are interesting for being themselves. I feel like I’ve achieved it, and I’m really excited for the festival to commence,’ said Smith.

Smith’s own cabaret, Nova Noir, which could be thought of as a Frankenstein’s monster of musical genre-mashing, weaves together songs from different eras into a cohesive evening of pop and cabaret.

‘I take songs from my pop album, Nova, and recreate them as Weimar-era fare, while updating songs from the ’20’s and ’30’s and beyond.

‘For me, the most exciting aspect of Nova Noir is introducing audiences to my original pop and dance songs, while also touring them through my arrangements of old disco, and Weimar-era tunes, too. I love finding out where each new audience laughs, and where they groan. The last time I was in Hobart I had a wonderful time performing, and I can’t wait to return,’ he said.

Smith said that much of the Voicebox program was inspired by the famous Otto Dix painting Großstadt. ‘I wanted the program to feel as diverse and colourful as that picture, but also with the same air of invitation and spectacle.

‘I know audiences will have fun with Voicebox, and a chance to see things they normally wouldn’t in Hobart. Some acts may be challenging, alien and terrifying, some will be delightful, hilarious, and sexy,’ he said.

Voicebox presented by Kim Smith will feature at Festival of Voices from 4-13 July.

For tickets and further information visit the Festival of Voices website.