How a playful exhibition space helps children learn about their rights

Designed for children five and under, PlayUP at the Museum of Australian Democracy is an interactive and imaginative introduction to the United Nations Convention on the Rights of a Child.
Richard Watts 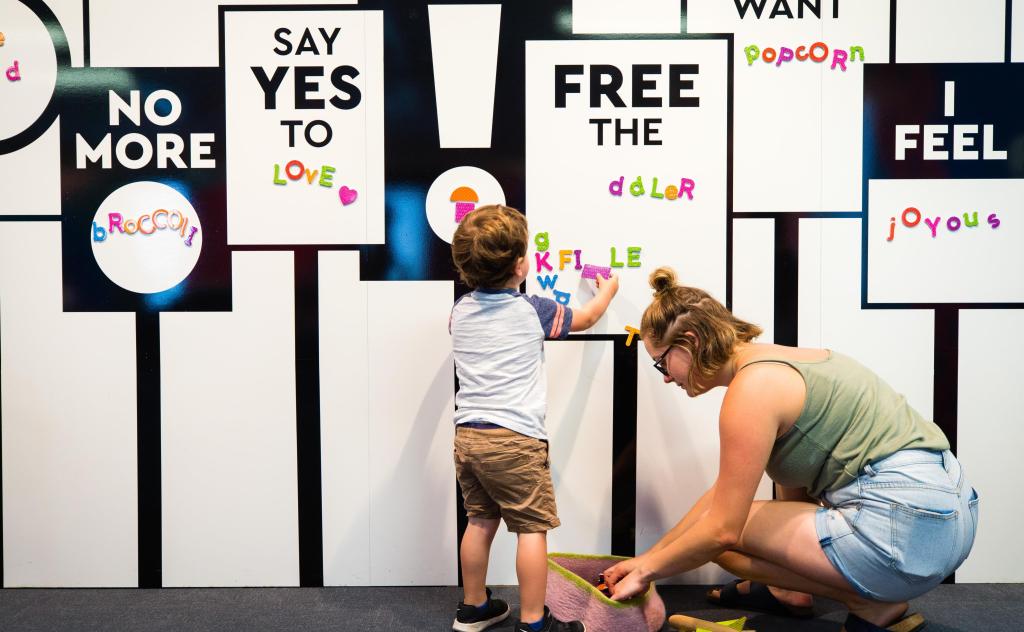 Learn through play at PlayUP at MoAD. Photo supplied by MoAD.

The importance and value of lifelong learning is embodied in PlayUP, one of the most popular exhibitions at the Museum of Australian Democracy (MOAD) at Old Parliament House.

Designed for very young children, from babies up to five-year-olds, as well as their parents and carers, PlayUP is an immersive introduction to the United Nations Convention on the Rights of a Child – the human rights treaty setting out children’s civil, political, economic, social, health and cultural rights.

While clearly an important document, the Convention on the Rights of a Child is ‘a little dry,’ Louchart-Fletcher said diplomatically.

‘But within almost every article there is absolute gold that can be unpacked by young people and the adults in their care – it is actually really quite revolutionary,’ she continued.

Together with her small but passionate team, Louchart-Fletcher has created an evolving, hands-on engagement program responding to the Convention’s many articles, starting with Article 31: The Right to Play.

Through a series of engaging interactive exhibitions, PlayUP: The Right to Have an Opinion and Be Heard helps children and their adults learn that young people have the right to be listened to with respect.

‘We are working with adults as much we are with children in the exhibition space; it’s a great way for adults to remember that young people have really important opinions that need to be validated, and to remind all us to treat each other, regardless of our age, with respect when we’re exchanging views,’ Louchart-Fletcher said.

‘We are working with adults as much we are with children in the exhibition space; it’s a great way for adults to remember that young people have really important opinions that need to be validated.’

She is at pains to explain that PlayUP is not a play space but rather an opportunity for play-based learning through activities such as the Kindness Café – a space which turns the notion of what happens in a cafe on its head by putting the children in charge.

‘We know that one of the first experiences that children have in engaging with adults outside of the home is in a café or a supermarket. So being able to talk with confidence and in a respectful way with adults that we don’t know, is something that is really good to explore through a play-based scenario,’ said Louchart-Fletcher.

‘We also have a quite beautiful voting mechanism within the exhibition space as well, and what we vote on can be really quite playful sometimes. For instance we might ask, do dads tell good jokes? There’s a lot of really interesting conversation that comes out of that of course, but also, understanding the logic of why and how we vote and the mechanics of voting are also a big part of that, as well as being able to exchange opinions freely.’

While it all looks beautifully simple, PlayUP: The Right to Have an Opinion and Be Heard has been very carefully designed to ensure the very best learning outcomes – and it’s clearly resonating with visitors to the Museum of Australian Democracy.

‘It’s got to be pretty compelling – otherwise you can just walk out the door. And we know it’s profoundly compelling for our visitors because it has one of the highest visitations in the museum,’ Louchart-Fletcher said proudly.

To illustrate its success, she points to a local family who are returning to PlayUP several times a week.

‘They have a one-year-old and a two-year-old and they are coming back to a really important part of the exhibition … and for our older children, we’re really starting to unpack the notion of happiness. All of those kinds of things are really connected to early learning outcomes and plays out in a really beautiful play-based fashion in in the exhibition,’ Louchart-Fletcher said.

Learn more about PlayUP: The Right to Have an Opinion and Be Heard at the Museum of Australian Democracy’s website.