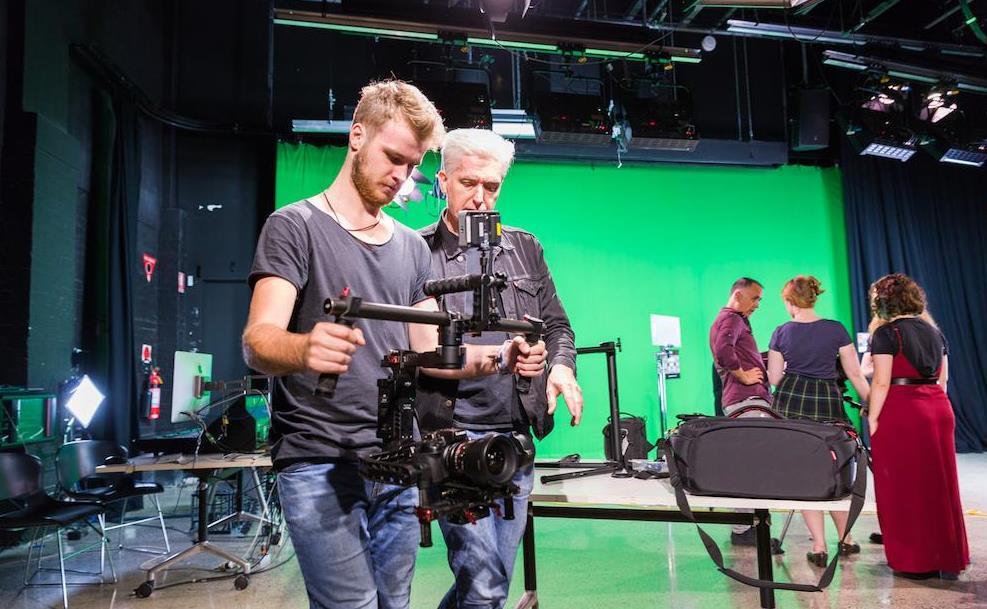 Music producer Paolo Sevilla was looking to take his freelance music business to the next level when he decided to undertake a Master of Media Practice and Industry at University of Technology Sydney (UTS).

Prior to his studies, Sevilla was making music for artists, TV shows and video games, but wanted to score music for films and bigger scale productions as well as connect with like-minded individuals and media professionals through  the course.

The Master of Media Practice and Industry is tailored to creative media graduates or experienced industry practitioners seeking to advance their skills and employability in a hybrid and dynamic media environment.

Particularly relevant to Sevilla was the subject:  Advanced Creative Entrepreneurship – a subject which offered practical tips for starting a business.

‘What the subject taught me was how to build a three to five year business plan and how to be realistic about it,’ he said.

The subject enabled Sevilla to build an online collaborative platform that connects music producers and musicians with content creators.

‘One of the important things I learned in class was you can’t build a big business from scratch instantly, it has to be done by taking small steps,’ he said.

The Masters program is 1.5 years full time, or 3 years part time, and allows students to select from innovation, industry and production subject choices which share entrepreneurial, collaborative and iterative approaches to the ideas, practices and audiences for screen, digital media and emerging platforms.

Combining business and creativity for a successful career

Dr David Court is Executive Director of Compton School, Australia’s first Creative Business School, who has partnered with UTS to deliver the Advanced Creative Entrepreneurship subject, which he also teaches.

‘I think where this course makes sense to people is when they get serious about trying to build a viable business, or lead a sustainable, creative life,’ he said of the class.

‘There’s usually a point – sometimes it comes a few years after they leave university – when people realise there’s a challenge and they have to progress. And that’s the point where they get interested in this topic that we teach,’ Court told ArtsHub.

The Masters typically attracts students who come from film, television and music backgrounds, but has also attracted journalists and lawyers.

‘The students typically will work in small groups on an enterprise and they’ll build it to the stage where it can be pitched,’ he said. ‘It’s very hands on, but it’s grounded in the hard theory of how you structure, finance and market a creative venture.’

In the case of Sevilla’s business, everything appears to be going according to plan.

‘I made a three to five year plan for my freelance music production business. And right now I’m working on growing and expanding that into something bigger, whether it’s a website, or a production house, or even a record label,’ he concludes.

Find out more about the Master of Media Industry and Practice at UTS.