How a holistic approach to performance is providing success for students

Students who are ready to throw themselves into all aspects of performance will be rewarded with fulfilling careers across the performing arts sector.
Sabine Brix 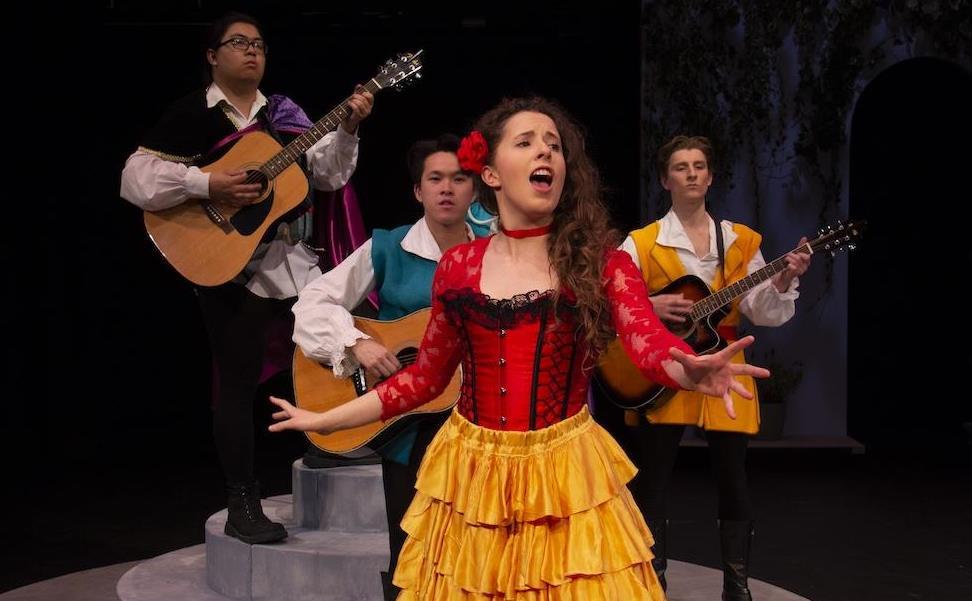 A production of The Comedy of Errors. Image: Luke Lenox.

There are many ways to approach a career in the arts but the most successful emerging artists create their own opportunities. They understand how to take on all facets of performance including, writing, directing, producing and acting even though they are very different skills.

This insight is the key to Federation University’s Bachelor of Performing Arts degree which has crafted a holistic, multiskilled approach to co-operative creation. Former graduates of the university’s Arts Academy include the Artistic Director of Sisters Grimm, Ash Flanders, musical theatre performer Josh Piterman, and Greenroom awarded-nominated writer, singer and comedian Michelle Brasier.

A virtual open day taking place on August 16th is the perfect opportunity for year 12 students to experience everything Federation University’s Bachelor of Performing Arts has to offer.

‘We encourage our students to think outside the box. If you want a career in the performing arts, you have to be able to imagine one,’ said Associate Professor Rick Chew, Director, Arts Academy Ballarat and Gippsland.

‘We try and give our students rigorous training in performance skills but we also try and encourage them to think more laterally about their skill sets,’ Chew added.

Achieving success through learning and collaboration

The course, which is taught at Federation Uni’s Ballarat campus, is structured to provide students with valuable practical tools which link the disciplines in the performing arts sector. Examples include writing and performing over both screen and stage. It also has a clear focus on the value of students working together and nurturing each other’s projects.

‘We encourage our students to collaborate and it’s our interdisciplinary approach, which I think, has led to a lot of success for our graduates in actually sustaining their careers,’ Chew said.

These collaborations are not only formed between students enrolled in the course but also between former alumni who often come back to the university to teach and share their knowledge with current students.

Chew explains that there’s a particular loyalty students have to the university, which is demonstrated through their dedication in returning to campus to share experiences.

‘Our students often come back to us to teach and I think that’s crucial to the sort of ethos of the Arts Academy really, that they want to promote the training they received with us within their profession.’

In addition to Flanders, Michelle Brasier has also returned to share knowledge with students about the success she has achieved. She’s recently worked on ABC’s Home Alone Together and Stan’s Australian Lockdown Comedy Festival in addition to creating her own comedy shows, which she’s performed at Edinburgh Fringe.

Chew said Brasier has worked with final year students on the Professional Practice grant writing course, which is just another component of the program he believes provides students with a well-rounded skillset. The course allows students to collaborate with Regional Arts Victoria whereby they produce work and go through a grant writing process, which he says is invaluable.

‘In a way it’s giving them the kind of kickstart to thinking collaboratively and actually writing their own material. And that’s where I have really seen the success in our students,’ he concluded.

Find out more about the Bachelor of Performing Arts at Federation University.