How a Brit revolutionised Australian fashion, and engendered a new future 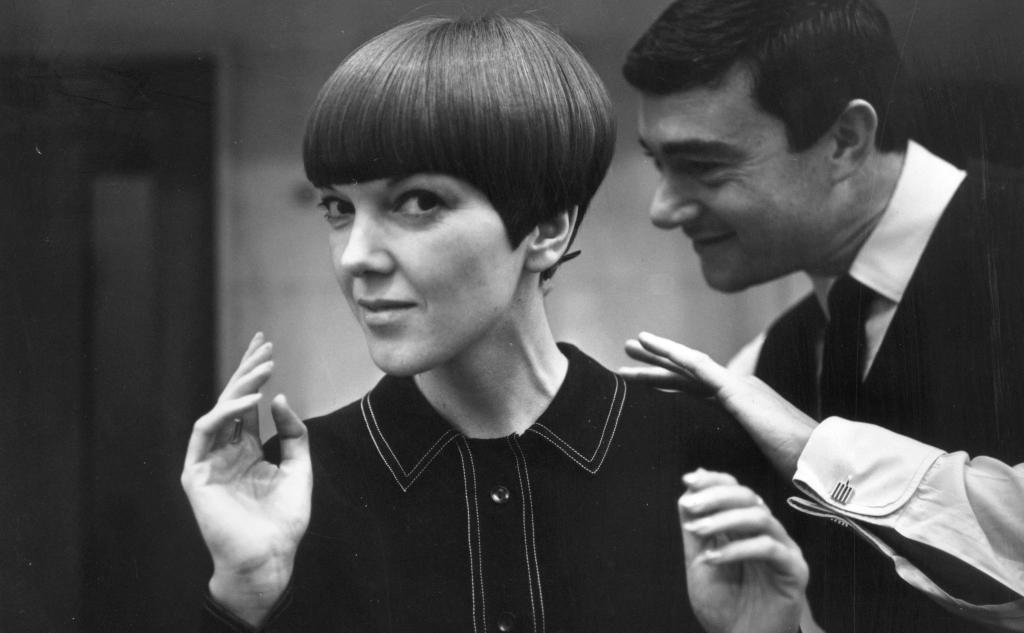 There are moments in history that leave an indelible impact for generations to come. The fashion of Mary Quant was one such revolution.

Coming to the fore on the high streets of London’s in the mid 1950s, Mary Quant’s impact would be felt as far off as Australian shores. She is celebrated for her embrace of a youthful spirit that burst into life in the post war years, in sync with an emergence of popular music, a brimming gender revolution, and a more egalitarian stamp on the world.

It is an incredible chapter of history mapped out in an Australian exclusive exhibition at the Bendigo Art Gallery, which has travelled from the Victoria and Albert Museum, London, and explores Quant’s iconic designs from 1955 to 1975.

Bendigo’s curator Emma Busowsky Cox told ArtsHub: ‘She was a young woman herself, and she captured what the young women on the high street wanted – it was modern, streamlined, free to move physically, and a new look.’

It is the next in a history of exclusive fashion exhibitions presented by the Victorian gallery.

Over 110 garments, as well as accessories, sketched designs, cosmetics, and Quant’s own fashion doll to rival Barbie – Daisy.

The exhibition comes as Dame Mary celebrates her 91st birthday, and has been curated by her son Orlando Plunket Greene, and Stephanie Wood and Jenny Lister from the V&A.

Fashion is a lot more than frocks

The exhibition is presently chronologically.

‘Right from the start, when she opened Bazaar in 1955, it was a different outlook on how to offer and present fashion; it was a very different shopping experience to the couture of Paris, and department stories like Harrods,’ said Busowsky Cox.

Dressing her shop windows of a Saturday night became an event, and within a short three years her success was cemented. Quant took on the fashion giants of Knightsbridge, and brazenly opened her second boutique opposite Harrods. It is a great lesson for any emerging and entrepreneurial creative today.

‘Snobbery has gone out of fashion.’

It was said that Quant’s clothes appealed to both ‘duchess and typist’. Busowsky Cox explained: ‘That was absolutely her ethos, to make it available to everyone. She came from a working-class background – her parents were school teachers – so for her it was breaking down tradition and the establishment.’

Quant popularised miniskirts, tights and waterproof mascara. She turned to mass manufacturing to make fashion affordable, and tapped into new materials such as machine knitted wool jersey, PVC, Crimplene and other synthetic fabrics.

Busowsky Cox explained: ‘In 1960, when transatlantic flights were very new, she visited the garment district in New York and was electrified by the scale and pace, and the very modernity of manufacturing.’

This next chapter of the exhibition strides through the rise of Quant’s label the Ginger Group collection – its name taken from a political term for a pressure group – and was based on the American sportswear principle of interchangeable separates.

‘1966 was a pivotal year for Quant – she registers the logo, her daisy. It is one of the first designer logos, and she also launched her cosmetic range,’ said Busowsky Cox.

By the mid-60s, she also took on underwear, revolutionising it from the idea of a ‘foundation garment’, then moved into the toy market with her Daisy doll in 1973, and in 1964 signed a deal with Butterick patterns, enabling fans to make their own Mary Quant designs at home.

Quant was unstoppable in her quest to revolutionise and liberate.

A zeitgeist of empowering women

The 1970s was a period of growing activism for equal rights, and Quant was quick to latch onto it moving from the liberating mini-dress to an increasingly androgynous style that challenged traditional gender stereotypes – a topic that is as current today as it was then.

‘Fashion, as we knew it, is over; People wear now exactly what they feel like wearing.’

She saw her fashion as ‘prototypes of a whole new race of women.’

Busowsky Cox added that Quant was a powerful role model herself as a working woman, ‘at a time when woman were not even allowed to open their own bank account in Britain’.

It has a currency today as Australia is more vigilantly looking at gender parity in our public collections and programs.

‘The earliest Australian connection [in the exhibition] is a blouse made out of remnants of a Frances Bourke fabric, who was a modernist textile designer, and which has Australian animals in an appropriated Aboriginal style,’ explained Busowsky Cox.

She makes the point that as early as 1963 Quant’s Ginger Group saw her designs sold to department stores across Britain, Canada, Europe, American and even Australia at Mark Foys, Georges and Myer.

But it was perhaps Jean Shrimpton’s short hemline at the 1965 Melbourne Cup that made international headlines that cemented Quant’s Australian rise – and while it was not a Quant dress, Shrimpton was a Quant model and in many ways Quant had become the ambassador for the style.

So from the pages of The Australian Women’s Weekly and Dolly in 1965, to the walls of the Bendigo Art Gallery today, Mary Quant is more than a collection of frocks. Hers is a kind of effervescent entrepreneurial story that continues to inspire future generations for its brave creative position and determination – that did change the world.