From daydream to design: creating worlds for film, TV and theatre

Growing up, Ruru Zhu didn’t know her love of the visual arts could lead to ‘creating worlds’ as a production designer for film, tv and theatre.
Andrea Simpson 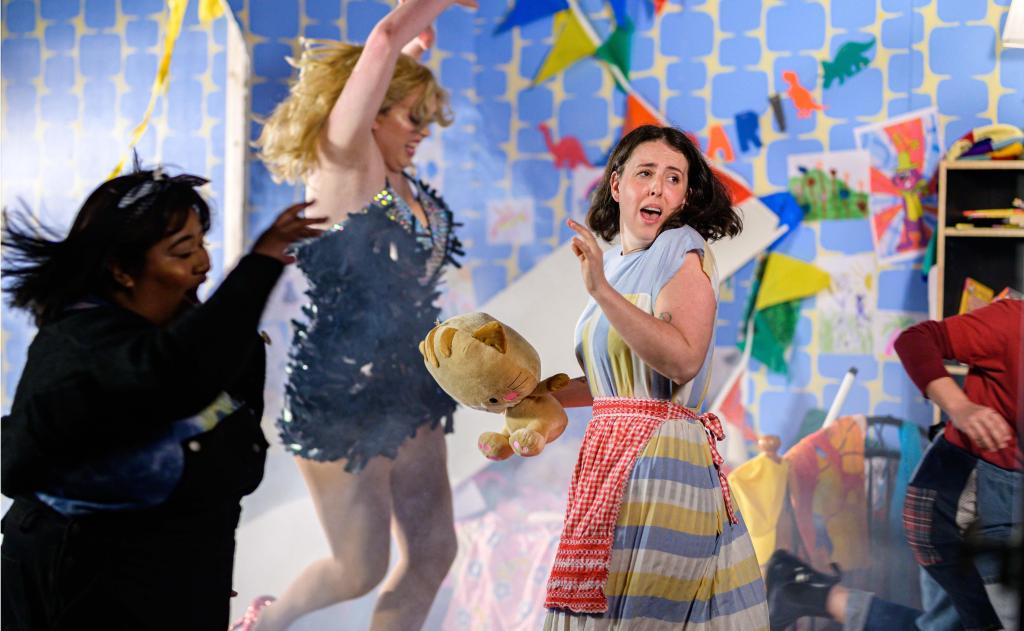 A self-confessed ‘black sheep’ of her academically inclined family, Ruru Zhu was always driven by her imagination, creating make-believe worlds that led to her training at NIDA as a set and costume designer.

‘Growing up, I really tried to do my best in academic subjects like my siblings, but I would find myself procrastinating by drawing, or leaving the house to go do some photography. I loved all the creative arts – drawing, painting, photography, model-making, design.’

Zhu didn’t know set and costume designer for film, television and theatre was a profession until she walked past NIDA one day and noticed a banner in the window.

Zhu applied the next day. ‘I had no idea what theatre was, or that people actually did this for a living. And I just thought I was coming into a costume design course, but NIDA’s design degree is an immersion in all aspects of designing a production.’

NIDA’s Bachelor of Fine Arts (Design for Performance) trains students in set, costume, props and lighting design across all mediums – stage and screen – designing for film, television and live productions such as theatre, ballet and events.

Zhu found herself extending her creative toolkit as NIDA’s Design for Performance degree led her to investigate the social, historical and cultural contexts of contemporary performance, design, architecture, fashion and art.

‘Before NIDA, I had completed a degree in graphic design. I’d gone into it because, encouraged by my parents, it seemed like the most practical or commercially viable way to put my love of visual arts to work.

‘I liked graphic design, but as a profession I found that it wasn’t fulfilling for me,’ she told Artshub. ‘I like as much variety as possible, and graphic design was only one of many visual languages I enjoyed.

‘When I discovered the design course at NIDA, I found a profession that incorporated all the creative arts and visual languages I loved. Production design for film, television and theatre is about building a world, so drawing, photography, model-making – all the different forms of imagination and expression I love merge together now in my practice.’

This new world opened Zhu up to the myriad possibilities created by the dynamic physicality of performance.

Releasing her inner drive towards magical realism, NIDA design student Ruru Zhu has been investigating the possibilities of her talent. Inspiration can come from many sources, and it usually does. ‘Everything is rooted in history and tradition,’ Zhu reflected, ‘but it’s the choice of the designer to take those ideas and re-imagine them in really cool and exciting ways.’

As a designer, Zhu is a world-builder. She said that you need to start with something that’s rooted in reality, to then be able to envision something more.

‘The main thing about all this design is that there’s massive amounts of world-building. Like Deborah Riley, who was trained at NIDA and designed seasons 4 to 8 of Game of Thrones, or the amazing designers from Lord of the Rings,’ she said. ‘Just building that type of reality, which was so rooted in realism, but then kind of shifting it slightly to make a world that is magical realism – which is a really cool fine line.’

Touching on her inspirations Zhu said, ‘I absolutely love Japanese designer Eiko Ishioka. From crazy, really surreal stuff that doesn’t make sense, but that just happened to make sense. It’s a very fine line. And she does amazing stuff, and the director that she collaborated with, Tarsem Singh recently did the Lady Gaga video 911. It’s so weird, and visually striking.’

Looking into the future, after graduation, Zhu said, ‘I would really like more opportunities to flex my crazy surreal muscles. I’m really hoping that future opportunities I get can really start to push my visual aesthetics.’

Learn more about NIDA’s Design for Performance BFA and apply for 2021.