The acclaimed composer has accepted the role of First Nations Creative Chair at the MSO, and will bring an Indigenous lens to all aspects of the company’s operations in the role.
Richard Watts 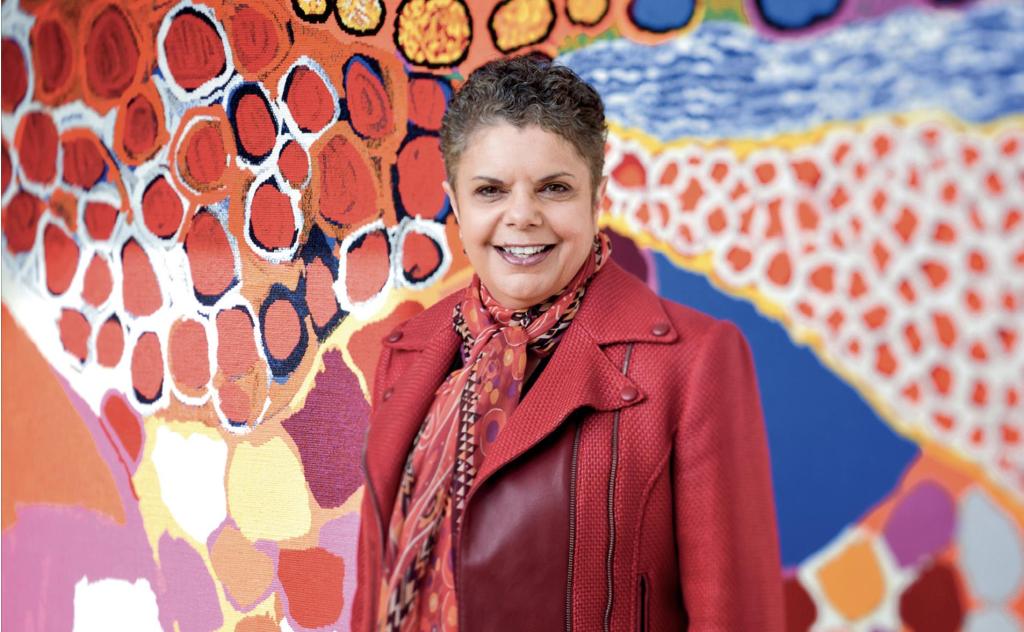 Everywhere the Melbourne Symphony Orchestra (MSO) plays in Australia, they play on Aboriginal land – a fact recognised this week in the appointment of Yorta Yorta soprano and composer Deborah Cheetham AO as the MSO’s inaugural First Nations Creative Chair.

‘This has been a big journey for the MSO and a huge commitment from them to deepen their own understanding of First Nations cultures,’ Cheetham said.

‘Here is a company that is saying, “We have been on these lands of the Kulin Nations for 114 years, and what must that have been like 114 years ago for those people who were actively being dispossessed of their lands? And how do we mend that history and make a stronger future?”‘

In a position that is designed to inform and embed First Nations engagement across the MSO at every level of operations, Cheetham knows she has a big task ahead of her.

‘Look, I’ll be honest, now the work begins,’ she said. ‘The expectation is that I can bring something to the table that will assist the MSO in realising the fullness of their identity as a flagship company, on a continent that has the longest continual music practice in the world. That’s a big remit for me, that’s a lot of conversations.’

Having spent the last three years developing a number of new commissions with the MSO, including the musical Acknowledgements of Country in language that are played wherever the Orchestra performs in Victoria, Cheetham believes she is familiar enough with the organisation’s culture to feel confident in her role.

‘It’s a commitment over five years to begin with. That’s a significant amount of time and we’ll get a lot done in that time, I really believe that,’ Cheetham said.

‘It’s not just about commissioning more Indigenous works, though it will lead to that. Ultimately, it’s more about the company’s identity and how deeply they can connect to Indigenous knowledges and ways of being,’ she added.

One of Cheetham’s hopes in the role is to renew a passion for music-making at all levels of the Orchestra.

‘Players, management, everybody who’s involved in this team that comes together collectively as the MSO, I hope to reconnect them to the importance of music-making beyond what it has become in this commercial age that we live in. Music making is essential to our humanity. And I know the people in this organisation know that, but whether they get to live that in their decision-making process on a day to day level? I want to help make that possible.’

In addition to working within the company, Cheetham’s ambition is also to strengthen the MSO’s external relationships, for the benefit of all.

‘Whether that’s philanthropic partnerships, whether it’s commercial partnerships, whether it’s government relationships, I’ll be there to help make those connections even stronger than they already are, so that the company can be confident in those decisions that they make; confident with that Indigenous lens that they will apply to their decision-making, and their music-making,’ she said.

‘This has been a big journey for the MSO and a huge commitment from them to deepen their own understanding of First Nations cultures.’

Cheetham’s appointment as First Nations Creative Chair (one of two such announcements made this week, the other being the appointment of music educator and researcher Dr Anita Collins as the MSO’s Creative Chair for Learning and Engagement) may also help change attitudes about orchestral music in the wider community, where the sector is sometimes still seen as the exclusive domain of pale, stale males.

‘Yes, orchestras can be stuffy places, but they don’t have to be. That isn’t what Beethoven wanted for his works. It isn’t what Brahms wanted. It isn’t what Lili Boulanger or Clara Schumann or Elena Kats Chernin or Cat Hope or I want for our works,’ Cheetham said.

‘We don’t want stuffiness, we don’t need stuffiness. What we need is excellent musicians who are committed to communicating an idea that exists only because of music. For an audience to come together to receive something that’s very personal to them. So it doesn’t need to be stuffy. But we do see that from time to time, and I think it doesn’t serve music at all. It serves as a barrier for people experiencing music, and I think I’ve made a bit of a profession of removing barriers. In fact I think that’s probably what they’ll put on my tombstone: “She’s removed the last great barrier,”‘ Cheetham laughed.

Changing the culture of an organisation is no mean feat, but as Cheetham observes, major companies like the MSO can carry other organisations along in their wake once they have embarked on a new course.

‘I think this role is a bold statement by the MSO and one that I think that we will begin to see in other orchestras,’ Cheetham said.

‘I think that artists are finally realising that they’re part of a very long history of art-making on this continent … and smaller organisations – or even governments – can catch up in the wake of such a shift.’

Learn more about the Melbourne Symphony Orchestra and its artists.