Dancing across borders: empowering students to become agents of change

A new Master of Dance begins at the University of Melbourne’s Victorian College of the Arts (VCA) in 2022, offering a dedicated and intersectional approach to the study of dance.
Richard Watts 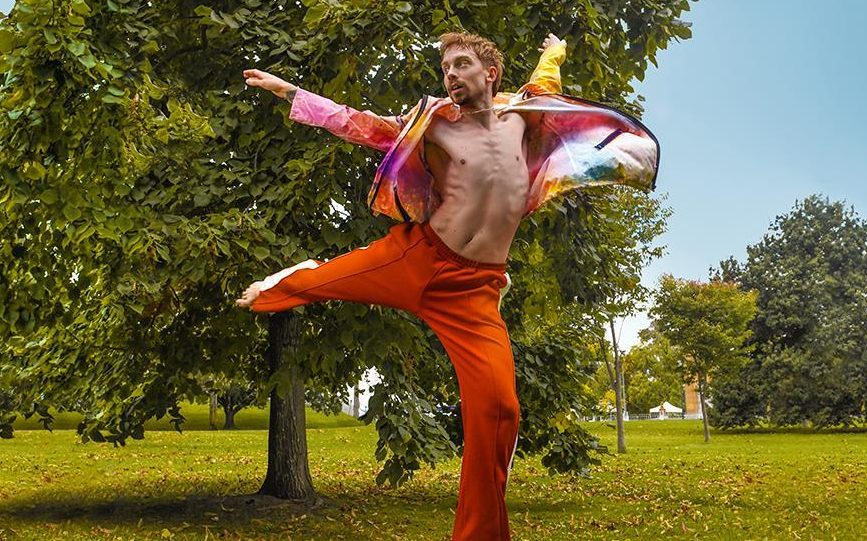 Informed by the extraordinary shifts taking place in the world, the new Master of Dance will allow students to go deeper into their practice than they ever have before. Photo credit: Giulia McGauran.

Carol Brown, the recently appointed Head of Dance at the University of Melbourne’s Faculty of Fine Arts and Music (home of the Victorian College of the Arts and Melbourne Conservatorium of Music) is electrified by the changes she sees sweeping across the world.

‘The kinds of cultural shifts that are happening internationally in the dance field at the moment are quite incredible,’ she said.

As with the arts sector more broadly, the dance sector is grappling with cultural change – with movements like Black Lives Matter and Me Too as well as passionate discussions about the existing status quo in the studio and backstage.

‘The politics of dance has often been framed around the relationship between choreographic director and dancer, where the dancer is being seen as serving the artistic vision of a choreographer. But what happens when we flip that paradigm, when we start to see dancers as agents of creative change?’ Brown asks.

‘We want to respond to those shifts, and the ideas that are underpinning those shifts as well – to empower the dancers of the future so that they really have the tools to be agents for change,’ Brown explained.

One of the challenges the dance world faces is responding to such shifts ‘not in a reactive way but in a way that’s informed,’ she continued.

‘And that is one of the benefits of doing Masters research – it’s a practice that is informed by current thinking and the streams of critical discourse that are going on at the moment in the world.’

A dancer, choreographer, director and academic from Aotearoa/New Zealand, Brown is one of several international appointees who will collectively help shape the VCA’s new Master of Dance, a two-year, full-time course commencing in 2022 and focusing on interdisciplinary practice.

‘The international outlook that is coming with this new Masters is really important,’ said Brown. ‘I’ve worked as part of Master’s programs in Europe and the UK for many years, and also in Aotearoa/New Zealand. Cara Hagan brings her expertise of the scene from North America, and we’ve also got Brenton Surgenor, a new member of staff coming from Hong Kong.

‘And we really see this as an opportunity to internationalise the program – whilst also being clear about its values and principles as being a program based on the lands of the Boon Wurrung peoples of the Kulin Nations and what that means in terms of our ethical responsibility here, to engage with the local culture and manifest new forms of sustainable dance practice,’ Brown explained.

Whereas undergraduates are often just beginning to explore their creative practice, undertaking a Master of Dance allows practitioners to explore their personal aesthetics and the history of their artform in considerable detail, according to Cara Hagan, a US-based interdisciplinary dance artist and academic who will be joining Brown at the VCA.

‘The idea of a Master’s program is to challenge you in new ways and to get you to think about your own work in ways that you may not have done before. It’s a way to go deeper into the art that you’ve chosen to pursue,’ Hagan explained.

THE IMPORTANCE OF INTERSECTIONALITY

While the Master of Dance at VCA will encourage students to dive deep into their creative practice, they will also be urged to consider and respond to the many intersections between dance and cultural change.

‘As a movement practitioner,’ Hagan explained, ‘I feel like I would be remiss if I wasn’t also aware and engaging with the fact that people move in all kinds of different ways – and that these different ways matter to each other.

‘Any human being crosses borders, whether that be a border or a threshold in your own home, borders in your neighbourhood, borders across states and across countries, even borders in terms of groups of people – where as a person belonging to a certain group you may find yourself crossing borders into groups of other people that are not like you.

Brown agreed, noting that ‘so much in dance takes place in the spaces between us’. For the Master of Dance program at the VCA, she’s looking for students who are keen to form a new student cohort, eager to work collectively as well as individually to further their practice and their knowledge base.

‘People who are willing to take a risk; to come into the studio together, to engage in a mode of embodied inquiry, to ask questions about their own habits and ways of working as dancers – to be open to each other, to be open to new ideas, to be open to exploring things in ways that they haven’t looked at before,’ she told ArtsHub.

ADVANCING CULTURE IS THE NEW NORMAL

Exploring topics and ideas that have previously been sidelined or overlooked will be a significant aspect of the new Master of Dance, Hagan added.

‘I think there’s so much reckoning that we have to do in the arts, and in dance specifically. There’s been so much movement toward making dance and other art forms more inclusive, towards recognising previously unspoken and unrecognized histories,’ she said.

The pandemic, which Hagan calls ‘the great shake-up,’ has offered further opportunity to reshape dance practice and pedagogy.

‘I don’t want things to go back to the way it was, to “normal”, because normal wasn’t really working,’ Hagan explained.

‘This is all really important, not just because we get to make stuff, but because when we make stuff, we’re making statements, we say things about the world,’ Hagan said.

Part of the joy of undertaking a Masters is finding new ways to articulate the things that matter to you – advancing your own skills but also the knowledge base of the world more generally. As Brown explained: ‘It’s about becoming an expert practitioner in a very singular way, but also through a collective effort. And it’s also about that notion of the social choreography, of coming together to work on problems and questions.’

That notion of social choreography underpins study at the University of Melbourne, Brown continued.

‘At the University of Melbourne we have research goals which are very much tied up with advancing Melbourne. They’re about things like place and community and international conversations. And I think those values really underpin this degree as well. So the people who come in to participate in the Masters are going to be working really hard on their own projects, but they’ll also be working on their relationships with each other, and with the rest of the world.’

Learn more about the new Master of Dance program, launching in 2022.