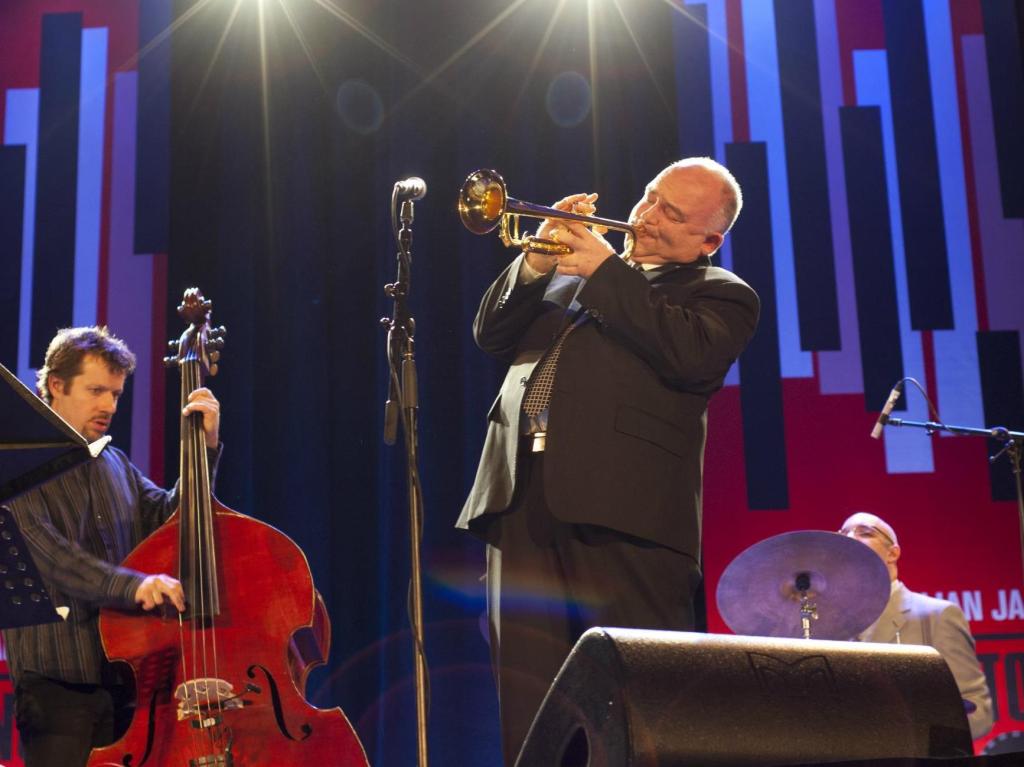 The popularity of Stonnington Jazz testifies to the festival’s ability to keep attracting performers and audiences year after year.

In 2013, 10-12% of Stonnington Jazz’s audience had attended six festivals in a row, while this year, James Morrison, Joe Chindamo, Allan Browne, Bob Sedergreen and Vince Jones are among Stonnington’s returning performers. Festival attendance has grown 40% in the last two years.

‘From the beginning we’ve featured many of the big names like Vince Jones, Joe Chindamo, Paul Grabowsky and James Morrison. We set the bar high and they’ve always recognised that it’s a desirable event to be a part of. They know they’re going to play in good venues and there’s always a well-informed, attentive and appreciative audience,’ says Artistic Director, Adrian Jackson.

Rising star Sarah McKenzie describes her upcoming opening night performance at Stonnington Jazz on 15 May as ‘an incredible responsibility. The attention to detail is something I strive to bring to my concerts,’ she says.

In a sneak preview, McKenzie reveals her current favourite song to perform is an original McKenzie number in the style of a Rogers and Hammerstein jazz standard. ‘It’s called “That’s it, I quit!” and it’s a silly song about getting frustrated and wanting to give up—but never quite letting yourself give up!’ she smiles.

It was Australian jazz legend, James Morrison, who taught McKenzie ‘to follow your heart and find your own voice in the music,’ McKenzie says. On 22 May, audiences can see Morrison’s mentoring in action when he performs with sons William (guitar) and Harry (bass) in The James Morrison Inheritance, along with singer Hetty Kate and drummer/percussionist David Jones.

Also performing at the historic Malvern Town Hall, pianist and composer Joe Chindamo wins  great praise from Morrison. ‘The reason Joe Chindamo arrests you when you hear him is his sheer love of what he does, a love that sparkles from every note,’ Morrison says. On 16 May, Chindamo illuminates the stage with his gift of reinterpreting music alongside Alex Boneham (bass) and Danny Fischer (drums).

The festival’s five-time patron, drummer and composer Allan Browne, makes a few special appearances this year. Winner of the Don Banks Award for his contribution to Australian music in 2000, Browne will join father-son duo in the Denis Ball-Eugene Ball Sextet along with Steve Grant (piano), John Scurry (guitar) and Howard Cairns (bass) on 18 May. On 22 May, Browne returns to Chapel Off Chapel with saxophonist Phil Noy and bassist Tamara Murphy to perform several of Noy’s original compositions.

Working with pianist Paul Grabowsky on The Italian Project, Virna Sanzone knows what the big names of Australian jazz bring to the stage. ‘It’s been incredibly liberating working with Paul,’ Sanzone says. ‘There’s something about Paul that helps facilitate the way we allow ourselves to interpret the music. He has a very exploratory mind.’

In addition to The Italian Project on 23 May, Grabowsky reunites with vocalist Vince Jones in Vince Jones: Monash Sessions. Together with Rob Burke (saxophone) and students and faculty from the jazz course at Monash University, they will perform music from Vince’s latest album Monash Sessions (Jazzhead) on 17 May.

The unflappable Flap! kick off the festival’s closing weekend with an exuberant and entertaining set at the Malvern Town Hall on 23 May. With a cult following in Melbourne, Flap! combine jazz with a range of influences including calypso, folk and popular music in an all-original repertoire. Experience the new breed on Australian jazz with Eamon McNelis (trumpet, vocals), Jess Guille (vocals, banjo), Nick Pietsch (trombone), Mark Elton (bassist) and Ben Hendry (drums).