Larger and louder than the Potts Point stage would seemingly allow, Xanadu packs a lot.
Glen Falkenstein
[This is archived content and may not display in the originally intended format.] 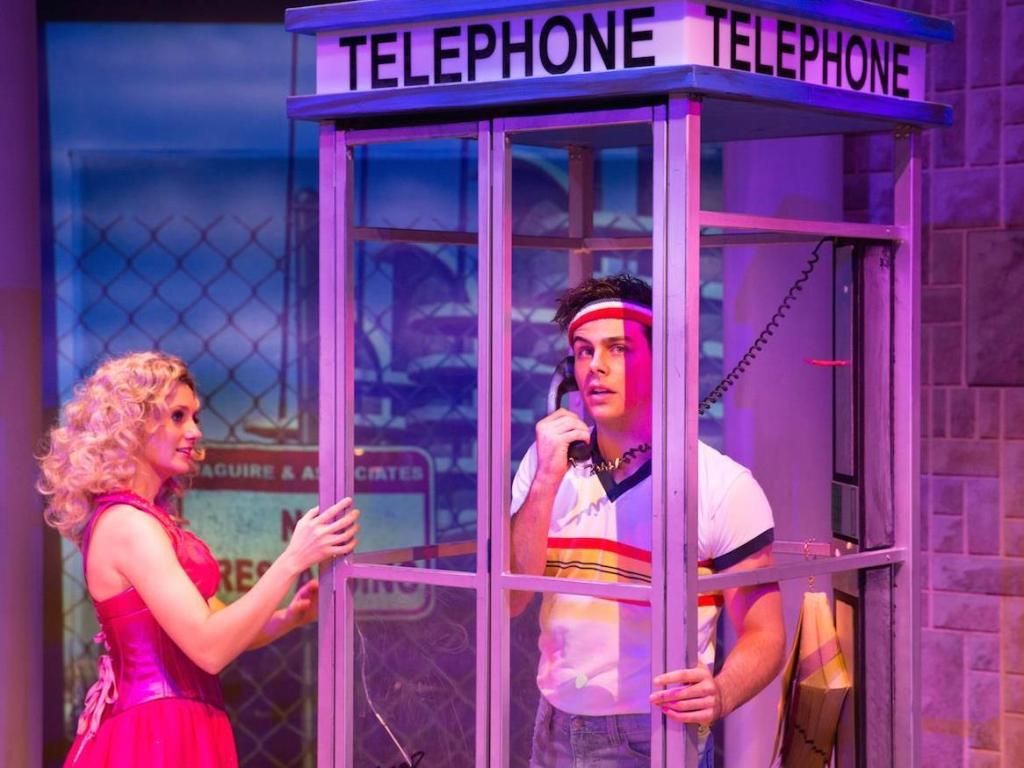 Larger and louder than the Potts Point stage would seemingly allow, Xanadu packs a lot for both devotees of the original film and those who still can’t believe it was made.

At once an adaptation and an affectionate satire, the story of a Greek demi-goddess who leaps from a mural to help a plucky young 80s artist start a roller disco is something better-rendered on stage than on film, with many now-classic hits including Evil Woman, Strange Magic and the title track staged here to great effect.

Getting off to a rollicking good start, some excellent visual effects recreate the film’s opening scene as the muses spring to life, starting the production on its highest notes and with one if its best songs, I’m Alive. The staging is outrageously over-the-top, lampooning throughout the original’s campiness and nonsensical narrative with several numbers that would be well at home on a stage twice as large but in the more finite setting play well to the show’s audacious hilarity – in turn buoyed by allowing the performers the opportunity to infrequently interact with an agape audience.

The story, even with the addition of a more substantial sub-plot surrounding the deities is still wafer-thin, but none of this really matters in a show reliant on roller skates, leg warmers and many, many key changes. Jaime Hadwen is the highlight of the play, sporting a roaring Australian accent in the central Olivia Newton-John role, careening about the stage with a slightly too-nonplussed but still endearing Ainsley Melham as the artist Sonny Malone. Josh Quong Tart stands out vocally in what in the original was Gene Kelly’s last film role, while the ensemble cast frequently steal the acts as muses floating about in all sorts of outlandish get-ups, not least of all in a laugh-out-loud sequence where several mermaids inexplicably glide into an already packed stage.

Starting high and ending similarly upbeat, the tempo of the play, even in the less excited instances or the passing moments without 80s hits blaring is still very frantic and while maintaining its momentum leads to the numbers and sections with more dialogue often being rendered largely indistinguishable. Compounded by the lack of an interval the production frequently lags in the middle due to the performers, in spite of their unbroken elatedness, being unable to maintain the bombastic levels of excitement quelled up in the play’s opening sequences and seen again in the jubilant closing number.

Giving the audience limited time to breathe and fully ingest or appreciate everything that is happening on stage, Xanadu the Musical is an exhilarating, albeit too-tightly packed production.