This production is pure joy and will have you grinning from ear to ear.
Reuben Liversidge 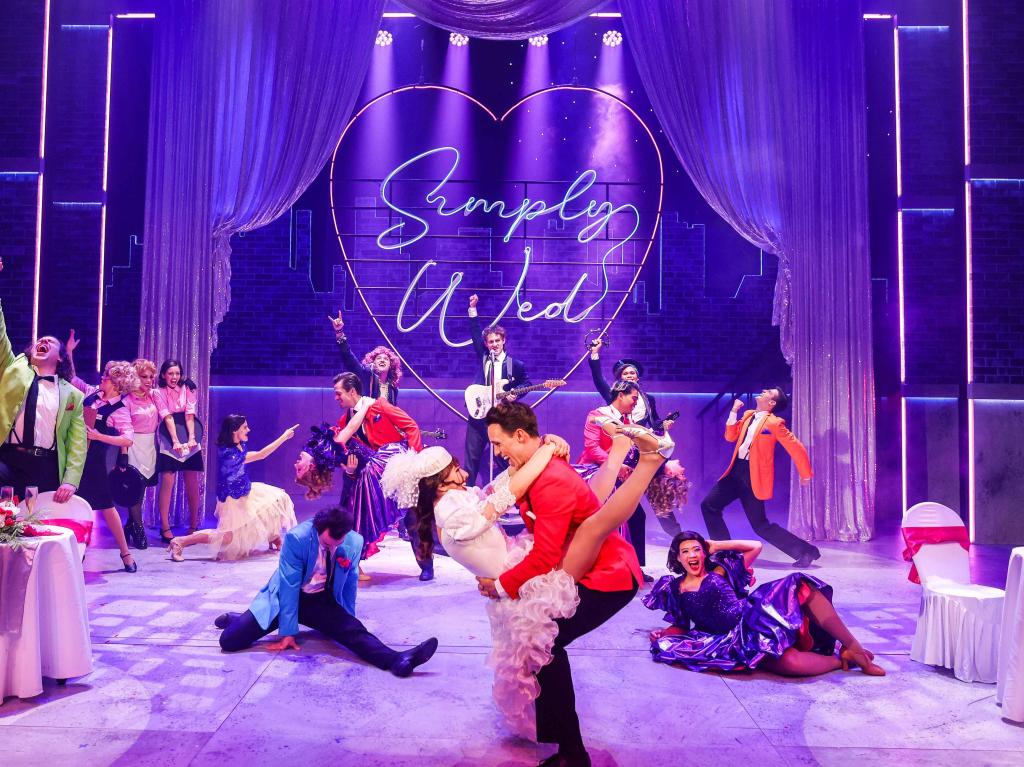 After the unmitigated disaster that was 2020, venues around the country are slowly starting to open up, providing stage-starved audiences the chance to gather again and enjoy a long overdue night out at the theatre. The Wedding Singer is the perfect antidote to the dark times of the recent past and I defy anyone to not have a grin from ear to ear after watching this insanely entertaining musical comedy.

This 2006 Broadway adaptation of the popular 1998 Adam Sandler film follows the original plot very closely and includes all the classic one-liners and side-splitting moments from the movie. The book by Chad Beguelin and Tim Herlighy both celebrates and parodies the gaudy excess of the mid-1980’s setting and the sensational synth-heavy songs, with lyrics by Beguelin and music by Matthew Sklar, perfectly compliment the crazy cartoon atmosphere. This is a dazzling high energy show with sets and costumes that look a million bucks and featuring sensational, over the top performances from the whole cast. This mid-size touring production has clearly been created with much care and love and it shows in every single element on stage; it’s an utter joy to watch.

After a pretty slow start the show really clicks into gear after the hapless titular character Robbie Hart (the charming Christian Charisiou, channelling early career Jim Carey) is unceremoniously dumped at the altar by his girlfriend Linda (a scene-stealing Kirby Burgess). We all know what happens next; Robbie meets the sweet and goofy waitress Julia (Teagan Wouters) and eventually rescues her from her dirtbag yuppie fiancé Glen (a perfectly chauvinistic Stephen Mahy). This is pure harmless fun and the story works well as a musical, with shades of Legally Blonde and Rock of Ages, among others.

The Wedding Singer looks and sounds fantastic. The design is all gaudy 80’s neon and grungy Long Island exteriors and the basic set elements are employed economically, giving the whole production a slick cinematic quality. The costumes are perfectly ridiculous; massive hair, shoulder pads, bright patterns and parachute pants galore. The sound design and musical direction are pitch perfect, ensuring that we feel every synth bash and hit of the drum machine deep in our cores. Apart from a few dropped microphone cues, this production sounds awesome.

The entire team behind The Wedding Singer should be applauded, not only for presenting a fabulous production, but for offering employment opportunities for local artists after the industry was devastated during the pandemic. So get out there and support our local theatre scene by seeing this sensational show!