The energy pumped out from the stage by these two performers was frenetic enough to power Broadway if channelled properly.
Jennifer Barry 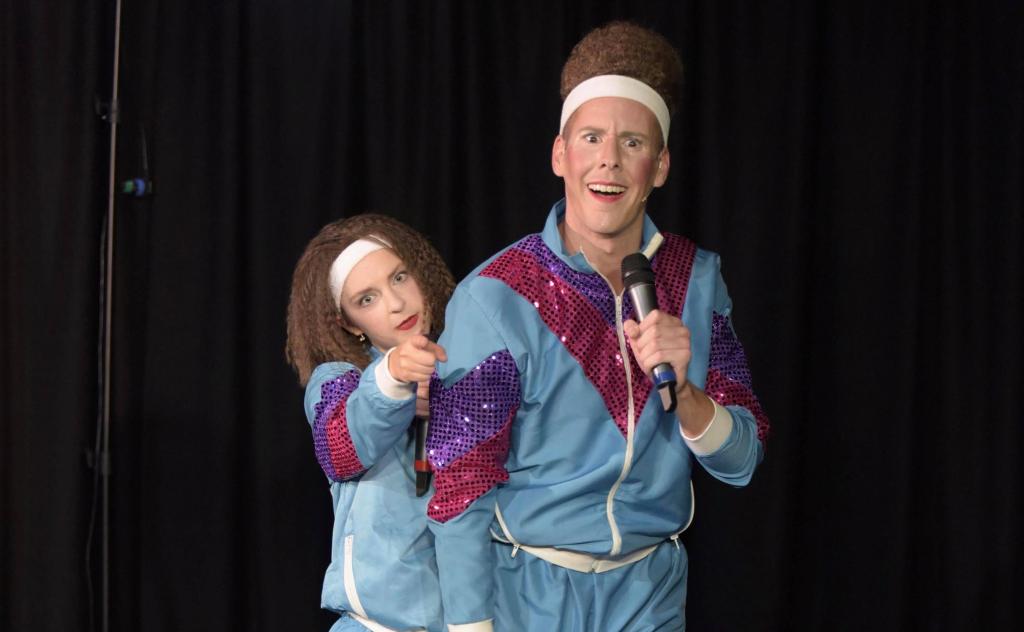 The fantasy: one glamourous, high-paying gig after another performed by two of the most critically acclaimed, sought-after artistes of their time. The Reality: a weekly gig at Shady Pines Nursing Home performed by low-rent-high-energy performance duo, Carol and Daryl Pitt. It’s a trope that guarantees to keep the laughs, if not the surprises, coming. This is the premise of the comedy-cabaret The Pitts, produced by and starring Brendy Ford (also writer and choreographer) and Stephanie Marion Wood (doubling as musical director).

The Pitts had its sell-out premiere at the MC Showroom in Prahan, and I congratulate the producers for taking a risk on restaging the work at a much larger venue (Athenaeum’s upstairs theatre) where the 8pm performance I attended was full, with a good number of friends and fans in the audience.

Watching Ford and Wood sing, dance, jazz hands, and joke their way through The Pitts was impressive, though the sheer energy they pumped out from the stage – frenetic enough to power Broadway if channelled – sometimes felt chaotic. Given the satirical conceit of the show, where the real-world audience becomes the Shady Pines audience, the line between the desperate-to-entertain Daryl and Carol, and their professional doppelgangers, Ford and Wood, sometimes felt blurred, and on occasion, I was uncomfortably conscious of the latter. This is the challenging paradox of parody: performers must walk a fine line between representing ‘the thing’ – in this case, the unbridled and uncontrolled chaos of Daryl and Carol – without inhabiting it.

In this sense, The Pitts was at its best when Ford and Wood showcased their considerable musical and physical talents, and less successful when they were working their way through the narrative busyness that framed the show or asking audience members to come on stage for no good reason. A robust script-edit, including a dramaturgical rethink of the roles of Ethel and the nurse who were narratively under-developed and unresolved, and the insights of an external director would go a long way to tighten up extraneous components and finesse this work, which is built for ticket sales and a long life.

Bec Silver’s costumes were wondrously trashy. Wisely, Charlie Barkle’s lighting was kept simple, leaving the colour and movement to Ford and Wood. It will be interesting to see where the show goes from here.