Tom Stoppard’s play offers an immensely fun and moving night, and a self-reflexive meditation on writing.
Oliver Wakelin
[This is archived content and may not display in the originally intended format.] 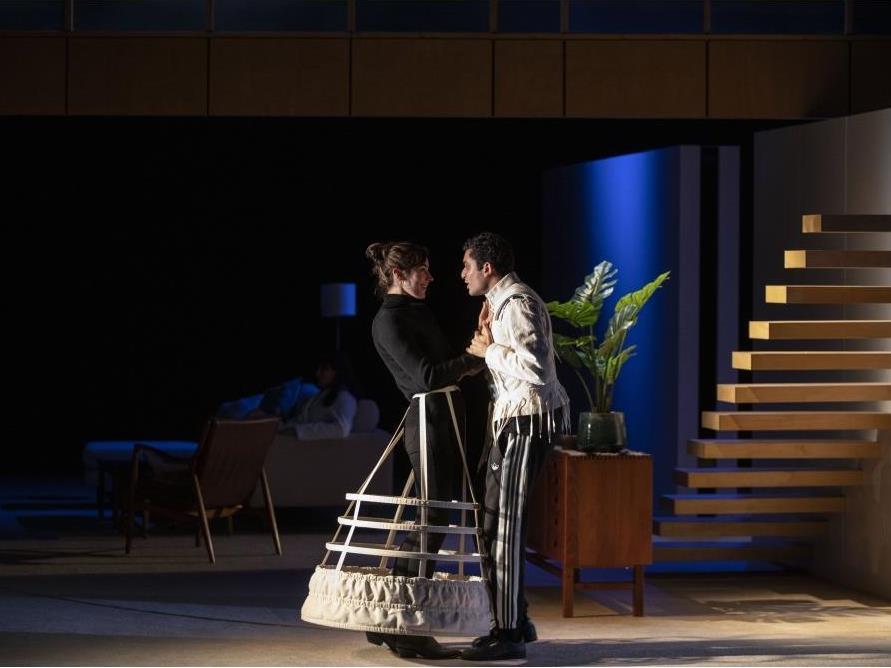 In this fast-paced and moving production, Max discovers Charlotte’s passport squirrelled away in their apartment: isn’t she meant to be travelling overseas? Accusations fly, and so does Charlotte. We discover in the following scene that what we have been witnessing is a play within a play; the characters of Charlotte and Max were portrayed by actors, named Annie and Max. We then meet married couple Henry, author of the first scene, and Charlotte. Are you with me? Infidelity is afoot. Real life continuously overlaps with invention as the audience and the characters attempt to get to the bottom of things. Let the games begin!

STC artistic director Kip Williams describes Czech-born British playwright Tom Stoppard as ‘one of the greatest living playwrights writing in the English language … also one of the funniest.’ Over the last half century, Stoppard has been highly prolific, writing for (inter alia) stage, screen and radio. He’s also laurelled to the nines, boasting an Academy Award, four Tony Awards and many gongs besides. Stoppard’s family fled Nazi persecution. After his father died in the war, his mother married an Englishman, who gave young Tom his surname. Stoppard never went to uni, and while working as a journalist found his way to the theatre via criticism.

The Real Thing was first performed in 1982. Director Simon Phillips notes it ‘marked a turning point – a shift from using other people’s ideas meretriciously to expressing his own ideas, and more importantly feelings, equally eloquently.’ It’s the one which features the immortal reflection on words that ‘If you get the right ones in the right order you can nudge the world a little …’ Before The Real Thing, Stoppard had been considered the wizard of word play; there are tales that he composed this effort to demonstrate that he could also address matters of the heart. The characters meditate on the difficulty of writing love (a difficulty many would argue Stoppard conquered in Shakespeare in Love). The male protagonist here, Henry, is a middle-aged playwright, who is chastised by the other characters for writing lightweight female characters as foils for the intellectual brilliance of his gents. In other words, this is a self-reflexive piece that addresses the perceived professional shortcomings of the playwright himself.

Director Simon Phillips is considered a leading interpreter of Stoppard, and comes fresh from his success with Muriel’s Wedding the Musical. The set features a revolving stage which was deployed skilfully to whisk us between apartments. The record player perched upstage is a wonderful device for working a soundtrack into a play. At times I felt it was a touch difficult to hear what was being said, and that the actors were having to project a little forcefully in intimate settings. Stoppard’s dialogue is nimble and delicate, and requires immense sensitivity from the director and actors; and they acquit themselves with distinction.

Phillips notes that the writing ‘keeps you on your lobes all evening.’ You likely won’t get ahead of the action in this one. It’s an immensely fun and moving night at the theatre, with enough verbal, structural, and conceptual complexity to satisfy the Stoppardian devotees.