Hallmark signs of intelligence and imagination despite considerable odds.
David Barmby
[This is archived content and may not display in the originally intended format.] 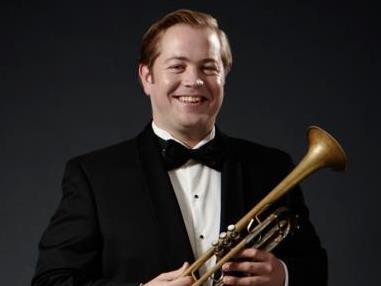 The Melbourne Symphony Orchestra’s Town Hall Series commenced on Friday night with three celebrated orchestral works from the late nineteenth century: Sibelius’s Finlandia, Grieg’s Piano Concerto and Dvořák’s Ninth Symphony From the New World.  Each performance of this popular series of familiar Classics is preceded by an organ recital, and on Friday night, following a day of oppressive heat, the Hall was, gladly, full to the rafters.  Adding to the homely friendliness of the repertoire and presentation – there was a good deal of chitchat from the stage – two locals appeared as conductor and piano soloist, Benjamin Northey (Associate Conductor of the MSO) and Daniel de Borah.

The musicians involved needed to make the best of the lateral acoustic of the Melbourne Town Hall.  The result was that sitting in the second row of the gallery, the subterranean rumble of city-loop trains was often more prominent than the eight double basses, and there was little blend afforded between strings, woodwind and brass.

The Orchestra certainly captured the narrative of ominous threats to Finnish freedom from its Russian border versus tender and blameless, hymn-like Scandinavian patriotism, even if some of the phrasing could have been more subtle and unified, and the tuning of woodwind and brass chords more carefully negotiated.  Similarly, Dvořák’s final Symphony is meant to breathe the pure air of vast prairies and savour the emotions of fervent African-American spiritual songs of the plantation.  Both performances lacked focus, alertness to imagination, subtlety and polish.

Daniel de Borah is developing an international reputation as a fine recitalist and chamber musician and on Friday night he provided an impressive performance as a concerto soloist. Throughout there were hallmark signs of intelligence and imagination as well as formidable technique matched with a thorough understanding of structure and sensitivity to the aesthetic of the work. The performance was not perfect but flaws were incidental and un-concerning compared to the soloist’s deep, poetic understanding. This cultured and elegant performance drew a strong response from the audience, returning him to the stage to provide Schumann’s poignant Albumblätter IV, Op 99 as an encore. De Borah should be heard more with Australia’s other major orchestras as a concerto soloist.

Benjamin Northey was an efficient conductor throughout; an athletic and constantly engaging presence. Given the repertoire, though, I felt that the Orchestra could well have performed the program without him, and, perhaps it was the weather, it occasionally sounded as if that was just what it was doing.

Brahms’s Hungarian Dance No 5 was performed as the second encore.