Vocal chords and violin strings bring harmony to classical experimentation.
Raphael Solarsh
[This is archived content and may not display in the originally intended format.] 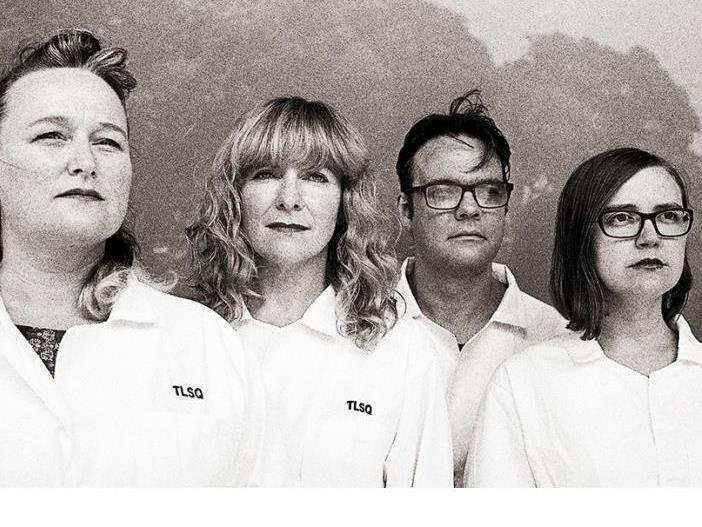 The rigidity of an art form becomes clear at the moment you try to change it. Despite the numerous experimental and new wave classical offerings that have emerged, the basic paradigms stay the same. The experimentation tends to occur in the composition, where minimalist and abstract approaches dominate, as well as in the theatricality of the performance. This is not to make a judgement one way or the other. It can be done brilliantly as much as it can fail spectacularly. The Letter String Quartet is on the tamer end of the experimentation spectrum but its small touches have a disproportionately large affect.

In hindsight it seems like an obvious innovation but prior to seeing Heart is Racing, I’d never seen musicians who both played instruments and sung. It gave the performance a distinctly modern and relaxed feel, analogous with being invited into the host’s living room rather than escorted to your allocated seat in the salon. This isn’t always the case with chamber music or smaller ensembles and continued into the musical curation, which was well balanced and dynamic, favouring more short pieces and differing, complementary styles.

The standout pieces were Erik Deluca’s choral compositions and Andrea Keller’s Suite for The Letter. Both added small elements, whether voice or piano, that lifted the pieces just enough to make you sit up and take notice. Wally Gunn’s Blood for String Quartet also deserves a notable mention. Its opening movement, the aptly titled Heart is Racing, aroused all the apprehension and discomfort that a sudden uptick in pulse implies. His compositions, along with Keller’s Night City, made best use of the projection that run for the totality of the show. The visual component could easily have been more prominent and carefully woven in to the music and in doing so heightened both.

Caroline Shaw’s pieces strayed a little too far into whimsy and felt out of place among the more ethereal and melancholy pieces. It’s not that they weren’t serious pieces, but that they seemed to ask not to be taken seriously, something like musicians play time rather than a component of a larger selection.

The quartet themselves were excellent and handled Keller’s improvisations with the same deft touch used to weave their voices into DeLuca’s pieces. With less of a focus on avant garde posturing, The Letter String Quartet, still managed to sweep through intriguing tonal variations and maintain their experimentation. It was at times provocative and challenging and at others a little too tangential but overall, a very enjoyable and thoughtful investigation of some innovative forms.