With few hits and plenty of misses, Invisible Dot Cabaret fails to live up to the hype.
Liam McLoughlin 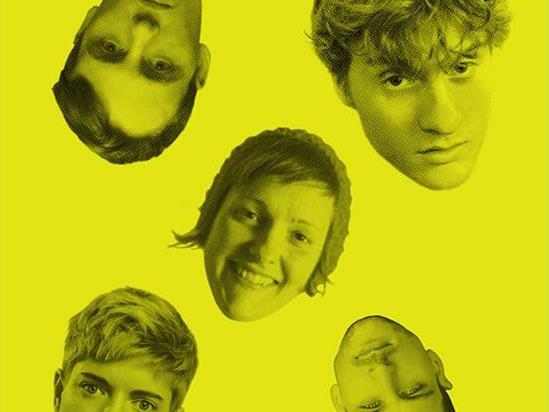 The Invisible Dot Cabaret is billed as ‘cutting-edge, late-night comedy’, an ‘incredible late-night comedy variety performance that favours the bold, innovative, eccentric and clever’, and as an ‘original and exuberant show’ which showcases the ‘hottest comedy talents’. While the phrase ‘late-night’ did at the time feel stunningly accurate, few of those other adjectives came to mind as I watched host Josie Long admit she’d done a lacklustre job of warming up the audience, listened to 23 year old Sam Campbell joke about getting security to ‘swamp the woman’ in the audience, and saw James Acaster cap off the night by ‘quipping’ to one gentleman in the front row ‘What is your problem you fucking weirdo’.

On another night I’m sure I would have loved Josie Long. I’d heard good things about her comedy from people I respect and had seen her described as ‘the big hearted, politically minded and subtly philosophical voice of a generation. One of the funniest comics on the planet.’  She’s charmingly upbeat and has a wonderfully warm presence. Sadly this was not her night, a fact acknowledged by her sarcastic mention of ‘slick comparing’ and references to jet lag and not gigging for a few weeks. Her stories about her family and boyfriend were often endearing but rarely more than gently amusing. One of her best lines was an improvised response to an audience member who happened to know it had rained more in four days in Sydney than in four months in London: ‘Fuck, that’s good statistics’. She then suggested the rest of the show be made up of really specific stats from everyone in the room.

Steen Raskopoulos delivered hands down the best set of the night. If the room temperature was tepid after Long’s opening, it was pretty quickly burning up within a minute or two of Raskopoulos’s audience participation sun cream routine. The lamentably brief performance from the Barry Award nominee was hilarious, fresh, creative and well-paced with three strong solo sketch performances.  His Greek Orthodox priest skit was brilliant, a sing song call and response format in which ‘the Almighty Lord and I had the pleasure of reviewing Disney’s Frozen’. The third pun-based sketch would have been a tad lame but for his character skills as rap battle MC Rask. His line after watching two audience members peaceably shake hands before their rap battle was masterfully delivered: ‘lot a hostility, back it up’.

Canadian comic Mae Martin opened cleverly with ‘Did everyone have a good childhood?’ but never scaled any great comedic heights. Again, she’s very likeable and skilfully created a lovely atmosphere in the room, but hilarious is not how I would describe stories about her anxious parents and a recent break-up. However, her anecdote about peaches and sexuality was an absolute winner, one I won’t go spoiling here.

The evening took a nosedive with the adolescent, painfully awkward and aggressive comedy of Sam Campbell. When he wasn’t making jokes about chucking sperm at lesbian women, or repetitively mock calling security to eject different audience members from the venue, he was aggressively berating the audience for, quite correctly, not finding him funny: ‘These old guys are freaking me out so much, what are you guys, bloody playwrights?’ His smug dismissal of baby boomers and patronising retelling of a joke with reference to the crystal radio instead of Evanescence were also off-putting. There must be some talent behind all the hostility because he was nominated for Best Newcomer Award at the 2015 Melbourne Comedy Festival. Maybe if he stopped attacking the audience and started writing decent jokes he might win a few more fans.

This note of hostility seemed to continue in the final act, James Acaster. Though far more polished, clever and mature than Campbell, Acaster too blamed the audience for jokes which fell flat: ‘you guys at the Sydney Festival wouldn’t fucking appreciate..this is your fault…not funny in Sydney, but in England it’s a belter.’ That said, it’s relatively easy to see why Acaster is critically acclaimed. His whimsical observations, ranging from the superior access to wells in Kenya compared to London, to the perks of giving up coffee like not getting sunburnt and not needing 3D glasses in the cinema, help the audience see beyond his sometimes alienating style.

Overall, Sydney Festival’s Invisible Dot Cabaret is a disappointing night of comedy. Steen Raskopolous shines, Long and Martin create a positive atmosphere and there are some great moments.Too often though jokes fall flat and the audience is made to pay.

In the words of MC Rask, ‘lot a hostility, back it up’.