A world without memory has given Trent Parke a powerful take on photography and this exhibition shows him worthy of the reverence he receives.
Richard Butler
[This is archived content and may not display in the originally intended format.] 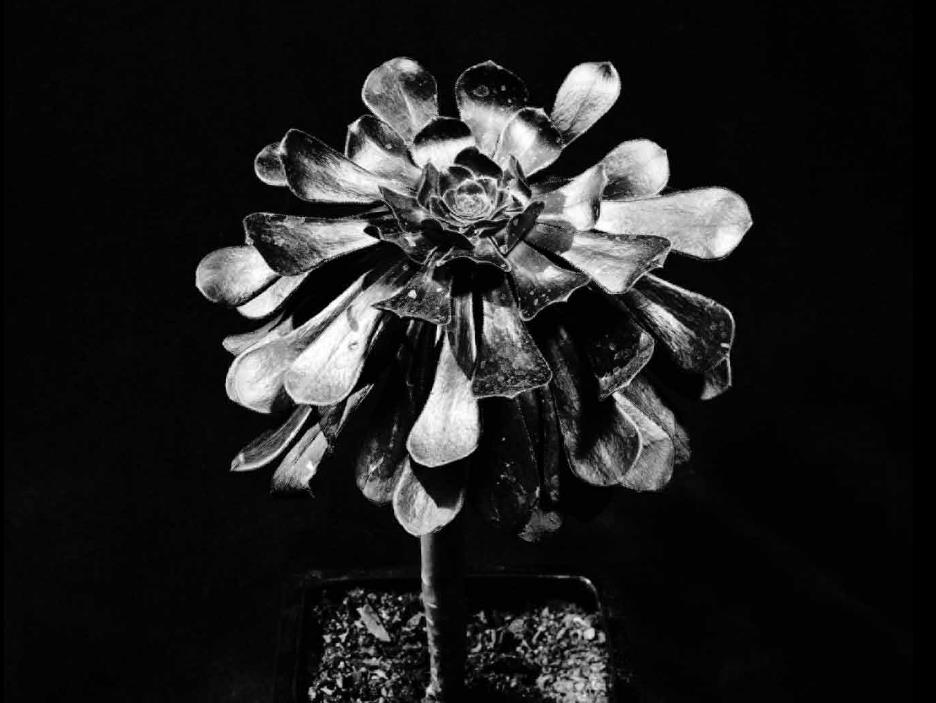 With the catastrophic end of his mother’s life when Trent Parke was just 10 years old, Trent Parke must have felt profoundly deceived by the universe that denied him a maternally-nurtured future. In order to survive the little boy in traumatic stress, expelled memory as a lizard drops its tail.

Photography is often about memory but the massive kicker in the Parke show is that many of the images were made as a result of no experience and of no memory, as part of his interrogation of Chaos and his attempt to uncover truth. As Parke says with regard to his engagement with the world – ‘I am continually asking why.’

Many of the images in The Black Rose feel as if they have been made from that uneasy unquenchable sense of enquiry: The dead, the mummified, dehydrated and broken, wrecked houses, broken portraits, and a rabbit in a spotlight, near a moon drenched road that goes up a hill and into nowhere towards anywhere, but anywhere from here.

Even if the photographic exposure was made with steely conscious intent – many images are not about an affirmative statement to preserve. Instead they are made about the absence of memory and record.

Curators report the work took seven years to assemble. I submit it has taken every year since he was 10, and that the images latent and undeveloped have swirled around the artists internal universe in chaos, since then.

Even the early use of his Mother’s Pentax seems an essential part of his being in contact with, and seeing the world through her. That the work is both as much about things seen and as metaphor is of significance.

The Black Rose has confused many photographers and frustrated some. I have had many uneasy discussions. I think the source of this is our prejudice towards what Photography is. The way photography is taught in this shallow regional euro-centric culture is still largely modernist.

Photographers should see The Black Rose both in and outside the prison of its medium. If these were all etchings, I submit there would be less issue. Parke has prosecuted images to backlit vinyl, to gelatin silver and as inkjet or pigment. As explained before, there are also video recordings played from DVD, and there may be other processes used.

A vast three- sided wall receives the projected video recording of the surface of a squid. Mottled and amorphous, changing – just as the 365 sunsets taken across a year and sent by email daily to colleagues describing a universal beginning and ending and a connection from shared experience.

Parke is showing you his soul. Had his mother been alive, he could have shown her. Don’t go looking for it with your head.

I also spoke to many non-photographers. None of them was confused. I stood next to a young woman with two boys. In front of us, in the great white and second gallery hung a beautiful triptych. The first and left image was of a single strand of his mother’s hair, revealed as finely as a Harry Callahan or Emmet Gowin print. The next – his father’s watch without an hour or minute hand; and the third an image of tadpoles circling a round shape that could be an egg. Love. Time. Creation. I asked her what she felt.

‘I am a mother (pointing) and they’re my two boys. I feel two things here – his search for answers, and her loss.’ The three images connected us. We stood there for a long time. The Black Rose is mostly devoid of pathos or sentimentality, and given the underlying thematic material and context – this is a superb achievement and testament to the integrity of the artist and the Gallery.  I saw many people understanding. I didn’t see anyone cry.

I was transported in that first great darkened hall, because it was like lying in the dry gravel river bed at Christmas Creek in the Kimberley looking up into the night sky, with my dear friend Lloyd Kwilla explaining the Aboriginal meaning of the black areas. “you white fella see only the white… we black fella – we see only the dark.”

Trent Parke has seen both and he can take you there. I returned on three occasions. There is a book and you should get it. It presents most certainly another view. Neither the exhibit or the book should be compared, but each serve to support The Black Rose. The book provides an instant intimacy not easily possible from the grand celebration of this most worthy body of work. The book also provides a view of the images possibly closer to the way the were seen at the time they were first made.

I am referring now to the extreme level of enlargement, from the diminutive 35mm negative (or tiny pieces thereof) through to wall sized images. At times this works. Some of the subtle sensitivities and tonalities have been lost and although the tonal register of Parkes’ images does not appear to be a dominant imperative for the artist, I think some are extraordinarily finely balanced between the referential and the totally disintegrated.

The Black Rose isn’t an easy subject, and the context behind it unfathomable. It is ringfenced with the sense of awe we have for one of the revered Magnum Agency’s most prolific and visually interesting. A perfect storm. But if you have a heart and it still beats and if you take time, and sit in the spaces and be very very quiet. It will come to you. And you will be blown away.

Richard Butler is a writer and photographer.