A doctor’s personal memoir and a concise history of Australia’s response to the HIV/AIDS crisis.
Arjun Rajkhowa 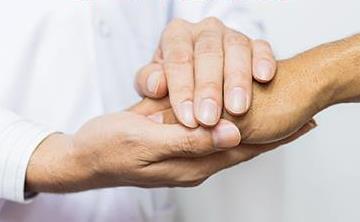 David Bradford’s Tell Me I’m Okay is one of the most important Australian memoirs that I have read. This is a doctor’s personal memoir but it also contains a concise history of Australia’s response to one of the most significant epidemics of our times. In the midst of a deeply personal story about a gay doctor who joins the army to serve as a medic during the Vietnam War before training in surgery and then venereology in the United Kingdom, we have a cataclysmic event that changes everything. With the emergence of HIV/AIDS, Bradford’s life merges with the myriad lives in which he played a critical role.

Bradford has a unique perspective as a sexual health physician who came to lead the Melbourne Communicable Diseases Centre in Victoria in 1980, just before the HIV/AIDS crisis hit. Victoria was fortunate to have a conscientious and compassionate person at the helm of the institution at this time. It’s difficult to over-emphasise how important it was that – at a time when the HIV/AIDS epidemic was devastating lives and communities, and exacerbating the stigmatisation and marginalisation of already-stigmatised groups – there were people within the medical establishment and government who not only empathised with the affected people but actively and effectively fought for their rights.

Bradford was one of those people, and he is incredibly humble about this. His writing conveys an unmistakable and profound sense of care for his patients. In the many moving and fascinating patient stories he recounts, there are startling examples of critical interventions that might have never occurred had the patient not been in his care. During the HIV/AIDS crisis, patients sometimes received sub-optimal care because some clinicians at health services became reluctant to, for example, perform procedures such as appendectomies, even though universal precautions had been implemented in surgical and other healthcare settings. In the face of what may be characterised as willful neglect (if not hostility), many patients succumbed to their seemingly insurmountable fate. But some people were fortunate to have champions like Bradford who fought hard to ensure they received the care they needed elsewhere. His writing conveys the fear, anger, frustration, sorrow and disappointment he experienced with and on behalf of his patients, as well as his determination to provide them the clinical and often emotional support they needed when they were most weak and vulnerable.

By transitioning from leading the government sexual health clinic (where he established pioneering community outreach and contact tracing services) to running his own general practice clinic in Carlton, where he became fully immersed in the care of his patients, Bradford moved ever closer to becoming the kind of doctor that he was always meant to be – a true guardian.

Bradford tells us that one of his diaries from 1993 contains the names of over 200 patients who died in the first decade of the HIV/AIDS epidemic, and that there were many other patients who died but whose journeys he did not document in his diaries. Towards the end of the book, he describes the toll that the HIV/AIDS crisis took on doctors, and how many doctors, particularly those whose patients included close friends and colleagues, struggled to cope with the magnitude of the crisis. David Bradford left for Cairns in 1993 and took on a job that gave him responsibility for delivering sexual health services across Far North Queensland and the Torres Strait Islands. It isn’t hard to imagine that a person in his position needed to escape the unrelenting depredations of the epidemic in Melbourne.

His writing is also full of verve, self-deprecation and joie de vivre. Bradford writes in detail about the achievements and contributions of his many colleagues, key political leaders such as Neal Blewett (the proactive and pragmatic Commonwealth health minister during the HIV/AIDS crisis) and others. He writes about his patients, and their lovers, friends, families and carers, with insight and unusual perspicacity.

This is a wonderful book. And it is also a sorrowful book. For the many lives and people who were affected by HIV/AIDS, many of whom never got to tell their stories, the full story of the epidemic can never be truly captured and encapsulated. But I am yet to come across an Australian book that shares as much personal insight into what occurred, and how it affected people, as this one.