Hit and very miss.
Glen Falkenstein
[This is archived content and may not display in the originally intended format.] 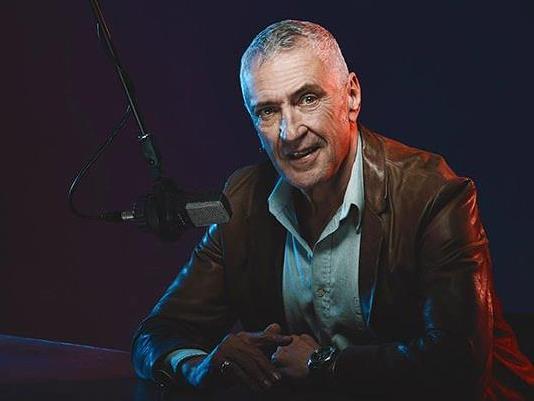 The Sydney Theatre Company’s attempted jab at Australia’s media landscape skewers its inevitably niche audience as much as it panders to them.

Director/Writer Jonathan Biggins, ensuring the words Ray, Hadley, Andrew and Bolt never appear anywhere in the play, here gives us John Behan (John Waters). Prolific radio personality, controversial commentator and now rogue broadcaster, Behan has locked himself in his studio as a media and public crisis partly of his making dramatically escalates, refusing to go off air as events unfold.

The idea of Waters’ familiar roar hotly unleashed on the public as one story alone soon dominates the airwaves is in and of itself a fantastic concept for live theatre, and Waters is reliably superb throughout. Unfortunately – Talk’s appeal largely stops there.

Regretfully ceding his time to another dozen-odd characters, among them a hapless studio gopher only there to deliver comic punchlines who quickly disappears when no longer relevant to proceedings, neither the glibly-realised Daily Telegraph office nor ABC studio (together occupying the lower portion of the stage) manage to be half as engaging as Water’s obstinate pirate.

When these three sets do manage to work interchangeably and action simultaneously unfolds on each and every level, the production is a joy to watch, but these moments are few and far between.

Depending on your point of view, you may enjoy the roasting of News Limited or the distinctly gentler jabs at the ABC, neither of which disguise the machinations of a play that clearly knows its audience. Attempting to navigate the vagaries of traditional and emerging media, encapsulated here by Twitter alone, the incessantly recurring duologue between one of ABC Radio’s elder Woodward-esque journalists and a newly-minted University of Technology Sydney Communications graduate abruptly derails the play at several junctures.

Forgetting to show, not tell, this very current debate that would otherwise engage Talk’s real-life counterparts plays out not through action or events but hackneyed one-liners and trite streams of consciousness which, as this UTS Communications graduate can attest, less resembles compelling theatre than it does only the most insufferable of university lectures.

The late and highly convenient entry of a legal aid lawyer, itself not the worst piece of expository bluster in the play, will similarly have members of that particular profession groaning in frustration.

Talk may nonetheless be of interest if you care about WestConnex and other Sydney conversation-starters as much as the opening night audience, duly reacting to Biggins’ carefully-inserted topical heavies, or if the idea of John Waters alone knocking a curve-ball out of the park is just too much to resist.