With a dramatic pyrotechnics show, this commercialised production was occasionally a matter of style over substance.
Tomas Boot 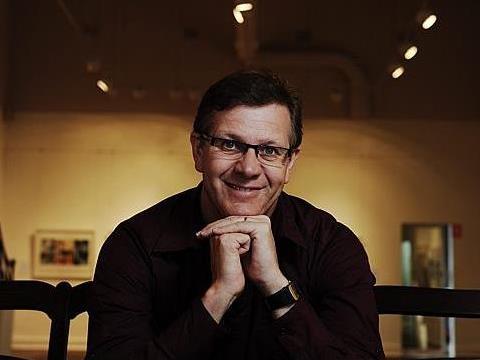 I can see the headlines now: ‘Sydney Symphony burns off patron’s eyebrows’. It would have happened right at the end of their latest concert – a sort of commercialised production of all the greatest hits classical music likes to provide – and it would have involved a certain female audience member that took it upon themselves to lean over the railing of the box in the Sydney Opera House Concert Hall. What had just happened? Tchaikovsky’s 1812 Overture, that’s what – or rather, it was happening. And for that night only (and possibly the matinee the next day), rather than wheel in the obligatory cannons (perhaps they might have borrowed them from Fort Denison across the way), they had full-on pyrotechnics. Yes, two huge jets of sparks that were used somewhere between five and ten times during the piece, when the battle is at its highest (for the overture represents a battle). The woman lent over the railing after the first bout of cannon blasts, determined to see where they had spouted from, all the time while I held my breath, waiting for the next lot to come. Thankfully, she sat down before that happened (although I don’t think there was all that much danger).

Guy Noble conducted this amplified affair (singers and orchestra with microphones both). The Concert Hall was darkened for the occasion, with many a light show happening both to set the mood of the piece, and to represent the shift in mood during the piece as well. We began with a stirring rendition of Richard Strauss’ ‘Opening (Sunrise) from Thus Spake Zarathustra)’ with the brass in fine form, proceeded by Brahms’ ‘Hungarian Dance No.5’ and Grieg’s ‘Morning Mood from Peer Gynt Suite No.1’.

Baritone Jose Carbo took to the stage to sing ‘Largo al factotum’ from The Barber of Seville, while Cheryl Barker swapped on for her rendition of ‘Io son l’umile ancella’ from Adriana Lecouvrer. Both performers sang that famous duet from La Traviata, ‘Pura siccome un angelo’. Beethoven’s first movement from his fifth symphony followed, then came Massenet’s ‘Meditation’ from Thais, and Tchaikovsky’s Waltz from Swan Lake. It was the singing that particularly stood out for me in this half, with Carbo a charismatic presence on stage, lapsing slightly off-script at times to make comments to the audience. At one point, when he starts chanting ‘Figaro, Figaro, Figaro’, he exclaimed, ‘Now you know what one I’m singing, don’t you?’ Guy Noble, too, was full of mirth between pieces, introducing, for instance, the character that Cheryl Barker was to be playing as a, ‘what can I call her? A prostitute. A lady of the night. A friend of Craig Thomson’s.’

After interval came ‘The Ride of the Valkyries’ from Wagner’s Ring Cycle, then ‘Adagio for strings’ by Samuel Barber. (The Barber, while tried and true in such a setting as this, was nevertheless one of this critic’s highlights for the night.) Barker came back with ‘Vissi d’arte’ from Tosca, then participated in the duo that is ‘Lippen schweigen’ from The Merry Widow (in English, mind you), before Carbo finished off with the Toreador’s Song from Carmen (including audience participation for the famous parts). Rimsky-Korsakov’s final sequence from his Capriccio Espagnol was the penultimate work, before the pyrotechnics of the 1812 Overture took sway. The problem, however, with the ‘fireworks’, was that there were four encores afterwards (or rather, one extended one), and the audience had to sit through somewhat of a smell during them, as the smoke wafted through the auditorium. The first encore, though known at the time, this critic has drawn a complete blank on – though it was purely orchestral – while the second was Carbo’s take on ‘Granada’. Third was Barker singing ‘Love is Where You Find It’, while we ended with an audience clap along (with a very lackadaisical approach to audience control by Noble, unlike at the Vienna Philharmonic Orchestra’s New Year’s Day concerts) to the Radetsky March. Enjoyable enough, but a bit of style over substance on occasion.