A charming, interactive and educational production that’s suitable for all ages.
Isabelle Oderberg 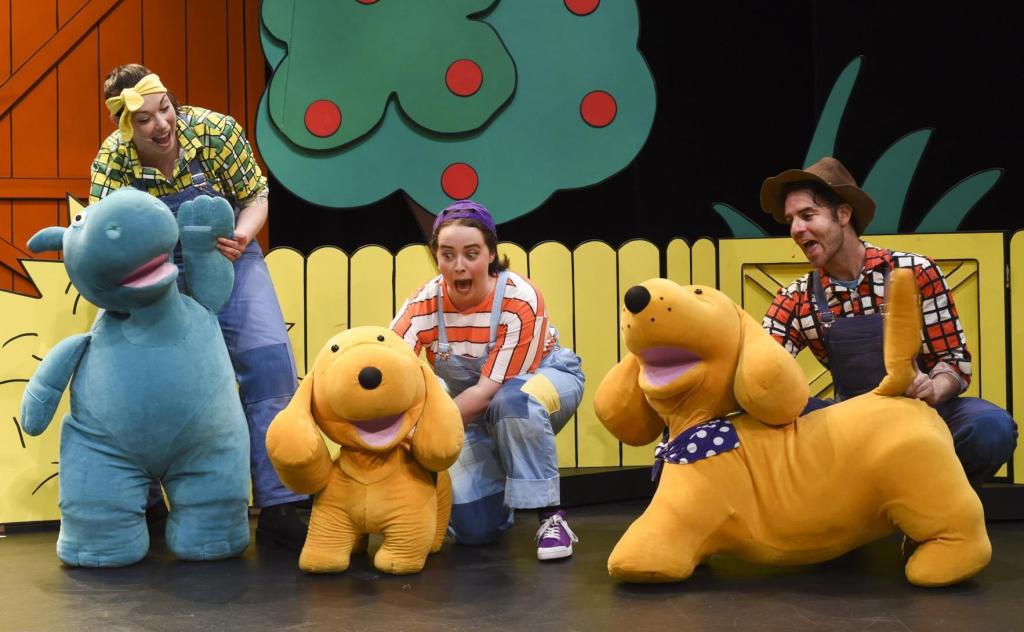 Almost everyone knows the Spot series of books by Eric Hill, but did you know that the books pioneered the ‘lift the flap’ concept in children’s literature? Neither did I, until I started reading about the series ahead of a trip to the theatre to see Spot, live on stage in Melbourne with Mr 3.5.

Just like the books, the theatre production showcases the simple storytelling featured in the books, but also manages to turn a simple story into a slightly more innovative live audience participatory game – with no prizes except the gleeful giggling of pretty much every kid in the audience.

Like many children’s shows in theatre, there was singing, dancing and general clowning around, but this show also incorporated some educational features around animals and some cognitive game-playing with shape-matching.

It was much more than just entertainment for the tots, which was refreshing – not that there’s anything wrong with simple live entertainment for kids, but it brings an added dimension of interactivity and satisfaction to watch them trying to work out the correct answers and do a little bit of learning along the way.

While the suggested appropriate age is three years onwards, unlike some of other productions based on books that feature slightly scarier themes (such as The Gruffalo) there was absolutely nothing challenging in that regard, meaning younger children could also enjoy the show.

The older kids participated in the games, calling out the answers, and the younger kids simply enjoyed seeing Spot and Helen come to life with puppetry and the accompanying colour, movement and music.

A great, simple, quality production, sure to be a hit with kids who enjoy the books.