A compelling exploration of systematic brutality, sexual abuse and misogyny presented with a breathtakingly, blackly comic streak.
Liza Dezfouli
[This is archived content and may not display in the originally intended format.] 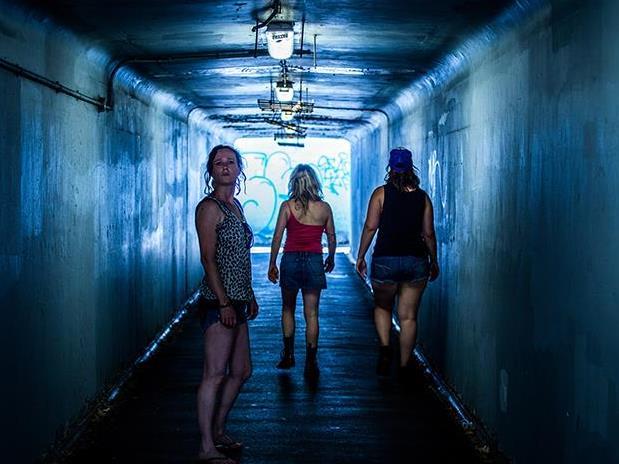 Patricia Cornelius’s SHIT is having a rerun at fortyfivedownstairs and if you didn’t see it last year during the Melbourne Theatre Company’s NEON Festival then make sure you do now. Nominated for the 2016 Victorian Premiere’s Literary Award, and winner of four Green Room Awards for independent theatre, the play focuses on three young imprisoned women, members of a marginalised underclass with no reason to invest in mainstream society.

The characters of Billy (Nicci Wilks), Bobby (Sarah Ward) and Sam (Peta Brady), directed by Susie Dee, are economically sketched yet bristle with authenticity. Bobby delivers a hateful anti-woman rant, expressing loathing of her body, which reveals how thoroughly she has internalised misogyny. Only Sam admits to hoping or wanting for a different sort of life and is slapped down quickly by the others. They depend on each other in the moment but also encourage each other in acts of brutality, with predictable consequences.

The performances are ruggedly present, taking place against a simple set (by Marg Horwell) where three windows in a block structure allow for the portrayal of shifting dynamics and alliances between the trio. Cornelius’s work for the stage always engages with theatrical convention: tableau, movement, imagery and heightened, repetitive language; it is never ‘live TV’. The routine of prison life, the frustration and boredom, are shown through stylised movement and choreography.

ArtsHub once worked with incarcerated young women and SHIT takes us right back there, to a world where messing with another’s head is daily sport; the assumption of trust simply doesn’t exist. SHIT never sensationalises the realities of this world, choosing not to dwell on sexual intimacy between the women, for example, or issues of drug addiction. Society has failed them; as we hear, failed them before birth, the consequences of a culture that failed their mothers. The women fantasise about a mother figure they call Caitlin, a ‘big-titted, kind one’; someone like that in their lives might have saved them. Perhaps.

SHIT leads you towards a closer understanding of the results of systematic brutality, sexual abuse and misogyny yet does this with a breathtakingly blackly comic streak, never patronising its characters or making the point that a nice dose of love and understanding will help these women. For them, any softness is weakness.

The only note that perhaps is less than completely convincing here is the build-up to the climactic action of the play: the anger that leads the women to make ​the choice they do underpins the work as a whole, but the particular momentum towards this particular act is assumed. The ending is without any sort of resolution and rightly so, but there’s a truncated anti-climactic note to the way the young women vacate the stage at the end which comes across as premature. But what the hell, SHIT is eye-opening, vital, original, telling and hilarious, and unlike anything else you’ll see.