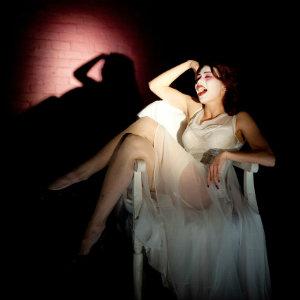 Showing as part of the company’s current winter season, the play’s reputation proceeded its opening night on Friday June 29. A collection of superbly crafted vignettes addressing issues of sexuality, desire, gender construction and national identity, sex.violence.blood.gore was originally staged in secret, in an underground venue in Singapore, when it premiered in 1999. The Melbourne season of the play – its Australian debut – is directed by Steven Niccolazzo, and stars an ensemble cast who collectively give sensual and compelling performances; and their transformation between characters in each vignette is swift and believable.

The text’s multiple narratives detail the lives of such Singaporeans as are rarely met in history books or in-flight magazines: a nymphomaniac geography teacher at the height of her sexual awakening and self-expression; Japanese soldiers looking for one more night with their shared male lover/enforced sex-slave; a pair of transvestites’ chance meeting with two teenagers on a train.

The disturbing nature of some of the play’s subject matter is delivered with a wry smile and occasional wink, which the opening night audience loved. Small, refined physical movements, combined with conversations about sexual fantasies, heighten the hilarity of awkward moments between colonial housewives and their servants; dark, luscious caresses personify the forbidden passions of soldiers escaping the internal wars of their domestic worlds after returning home from the front.

The text drips with details of sex and desire, matched visually by the intimate, boudoir-like set and costumes, the latter comprised of layered period lingerie: lace, bodices and bows. The distorted world in which the play is set has the markings of a Lynch film, and the sound design by Claudio Tacco was haunting, provocative and totally on the money.

Towards the end of the play’s 80 minute running time it slightly pushes the boundaries of concentration and self-indulgence. That said, this is a play ripe with intrigue, and rich with queer history, eroticism, intensity and humor. Go see it.

Kate Boston Smith is a Melbourne based writer/performer. She has written, produced and performed shows for Melbourne Fringe Festival, Melbourne International Comedy Festival, and two independent seasons. Kate studied at Monash Performing Arts Academy under the direction of Peter Oyston. She is a 2011 Australia Council Grant recipient.