Set in Far North Queensland, this comedy written by Laurie Trott was the perfect play to open the Bulmba-ja Arts Centre.
Douglas Robins 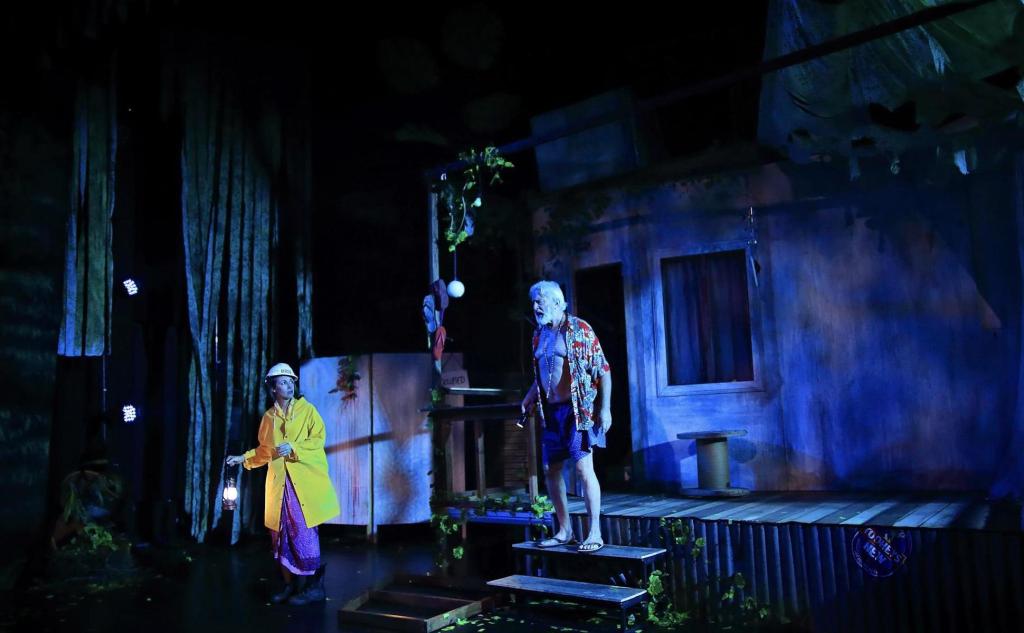 Eighteen months have lapsed since JUTE performed at their regular home on Abbott street. This is due to COCA’s arts space being transformed into Bulmba-ja Arts Centre. However, on this occasion To Kill a Cassowary seemed the perfect play to re-open the space.

Laurie Trott began writing this piece in 2014 and has worked on many incarnations and drafts in that time. Most recently, in the lead-up months, there was an actor change and a character re-jig, which added an unnecessary extra degree of difficulty to an otherwise outstanding script.

The actors, led by lead character Amos (Steven Tandy), enthralled the audience with his true-to-life portrayal of a lonely, frail man; keen to make amends for past wrongs against both nature and his family. His neighbour and long-term friend Josie (Yvette Walker), is a woman in her mid-30s and a fellow social outcast searching to fulfil a kept and personal promise. After a recent health scare, Amos’ estranged daughter Paula blows into town. Paula (Natalie Taylor) is far removed from her natural habitat of a concrete jungle, and the Cassowary Coast is the last place she’d like to be. After her arrival, the tension in the air gains intensity.

The Cassowary’s ecosystem was created by the ever-impressive Italian duo, Simoné Tesorieri and Simona Cosentini. Their vision of a tin shed was more than four walls, it was Amos’ castle; encased in between rainforest and an implied beach frontage, forming a picturesque setting. A humid looking rainforest canopy hangs ever present above the action.

Projections of native bird life were fun and broke up the story, helping to segue between scenes ‒ from the serious to laugh-out-loud moments. On the whole, the projections enhanced the play. However, there were a few times the projections didn’t quite match up onto the backdrops, which dispelled some of the magic from its initial playful wonder, which was expertly crafted by Nathan Sibthorpe.

Jason Glenwright’s lighting design added to the overall thematic perspective and never over-stepped the realistic milieu that the writer sought to instil in the audience.

The ambient sounds of rainforest and birds added an extra layer of realism to this impressive FNQ setting, fully shaped by all the other creatives. Guy Webster wove tranquil, centuries-old natural hums together with the ever-encroaching man-made noises of “progress”.

If you are looking for a bit of escapism from the troubles of the world currently, grab a ticket, head to Bulmba-ja and enjoy some locally made Theatre.