Havelock Stevens is one of the more exciting contemporary artists working today, with an astute pulse on the collective psyche.
Gina Fairley 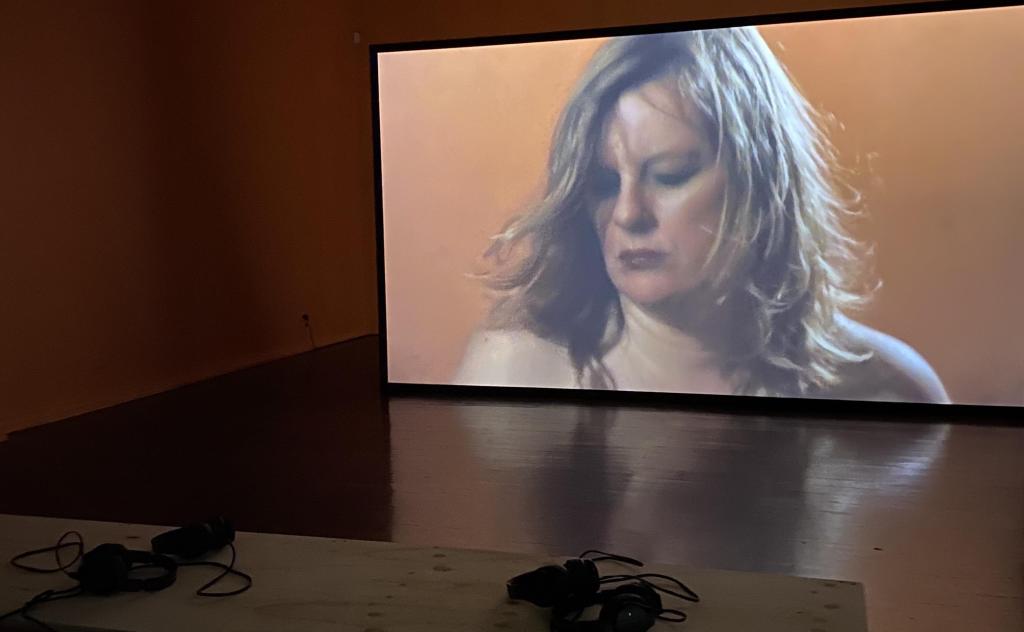 Have you ever mourned John Lennon’s death? Did you grow up with the Australianism, Holus Bolus? Or have you felt the enormity of a weather system looming while driving in the outback?

These seemingly three disparate experiences make sense in the hands of Sydney artist, musician and filmmaker Tina Havelock Stevens, whose solo exhibition explores the ambiguities of human nature, and its intersections with landscape often vacant and decaying as a kind of psychological portrait.

Curator Charlotte Hickson says her videos ‘speak of survival and fragility within urban, environmental and emotional spaces,’ adding that she brings together the drive and performance of drumming with the inquiry and observation of a documentary filmmaker.

Presented by Perth Institute of Contemporary Art (PICA) for Perth Festival, Thunderhead is a suite of three video works accompanied by improvised sound scores. In the main gallery, visitors are encouraged to pull up a beanbag and allow themselves to get immersed in the environmentally charged work of the same title, Thunderhead (2016), filmed on a lonely stretch of Highway 54 in Texas, USA.

It feels incredibly timely, despite being made a number of years back, and as visitors look up into this meteorological phenomenon that settles on the landscape in a poetic stride, there is an overwhelming sense of being bought into its conversation of strength and warning, rereading this work within our new climate reality of 2020. 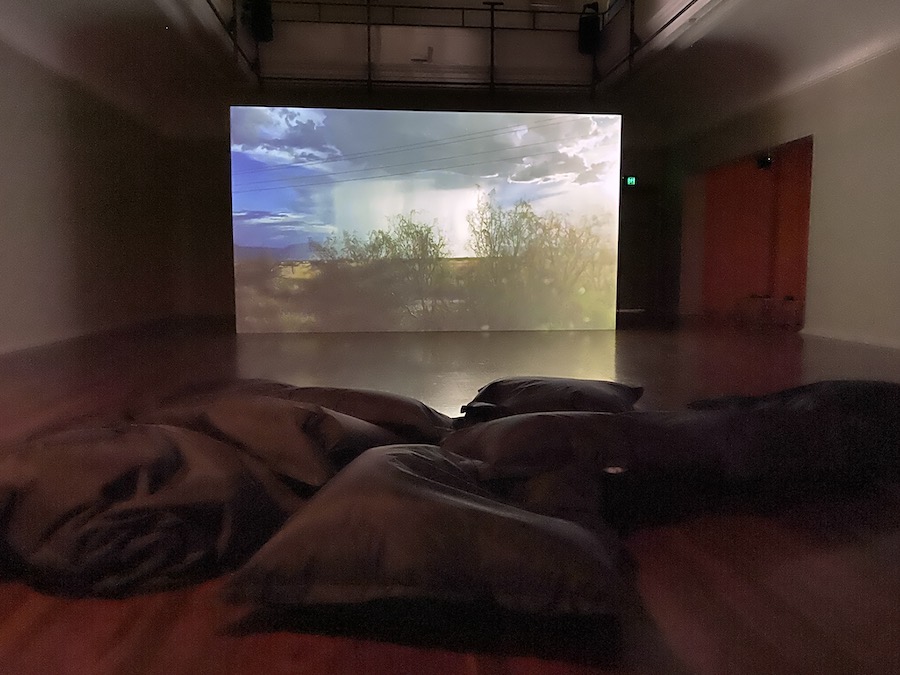 The incredible score created for this work was spontaneously made with colleague and long-time collaborator Liberty Kerr, jamming as they viewed the roughs together for the first time.

This spontaneity sits core to the way Havelock Stevens works, who described in an interview: ‘I never check sites out before I drum them, so that it can be fresh and I’ll just set up and start to play.’

Presented as an infinite loop for this exhibition – with the screen floated yet grounded – that perpetual force of nature adds a further sense of impending need. It hovers between imminent destruction and beauty.

Havelock Stevens performed an iteration of this work at Performance Space’s Liveworks and Hobart’s Dark MoFo, in all locations striking a chord with Australian audiences for our understanding of that haunting open landscape – in Perth particularly so with its backdoor to the Nullarbor.

Following Perth Festival, the main screen for this exhibition will be handed over to another work made in America, Ghost Class (2015), a self portrait of Havelock Stevens drumming at dusk within the carcasses of disused planes in the Mojave Desert, California (from 3 March).

In side galleries are the video works Come Together, Right Now (2006/2018) and Let’s Groove (2017), which points more directly to her background as a documentary filmmaker and drummer from the post-punk music scene, respectively.

Both are essentially portraits: the first an observational portrait of loss and homage; the second a mature revisiting of the self.

Filmed in Central Park using a Super 8 camera (recut in 2018 using a combo of in-camera and post edits), the viewer is caught between voyeurism and a sense of nostalgia as a crowd ritualistically comes together to remember John Lennon on the occasion of his 66th birthday.

The individual gets lost in this grainy assembly. It is not longer is about Lennon, but rather a collective oneness or belief that takes on an almost spiritual dimension. In Australia, we are less likely to show public grief, and perhaps for this reason this portrait has a deeper fascination for audiences – who stand almost like a deer in the headlights, caught in its web. 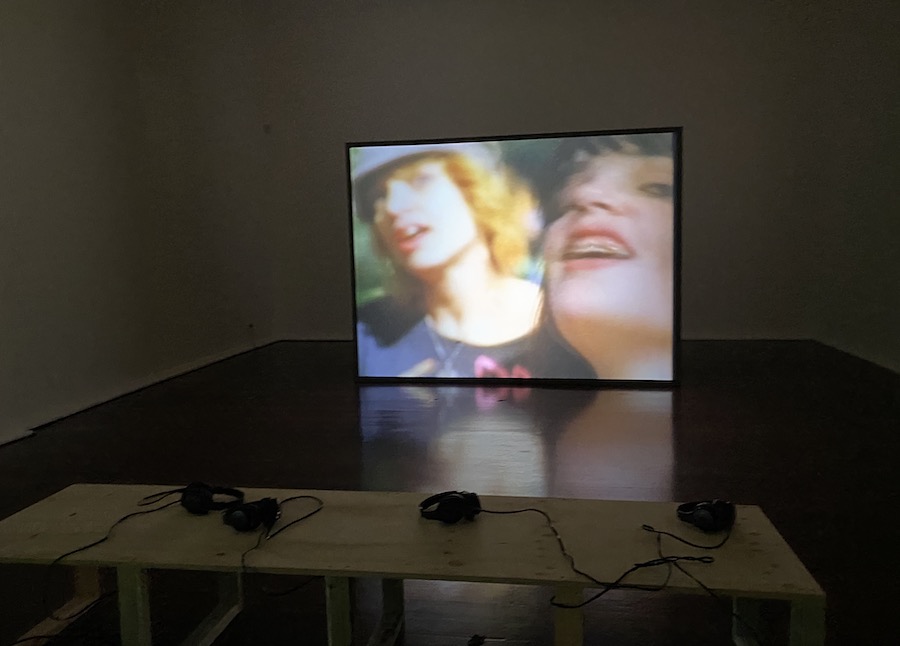 I like that it is paired with Let’s Groove (pictured top) – moving from the public to the private sphere – as the artist drums in her living room, channeling her earlier self. The 1981 hit by Earth Wind & Fire was the first song that Havelock Stevens learnt to drum, and revisited here, naked, we are witness to echoes of her vulnerability of finding herself as a female drummer.

What is interesting is the way memories shape our perceptions of our self over time. What is perhaps most telling to this portrait is the mash-up mix of the sound landscape that becomes a portrait in itself – both an emotional and time-scape.

The gallery has replicated the orange walls of the artist’s lounge room, adding both a warm and intensity to this video portrait. This piece won Havelock Stevens the 2017 Fishers Ghost Prize.

The exhibition is completed with a newly commissioned neon, Holus Bolus (2020), Havelock Steven’s first in the medium. She adopts a term used by her late mother to describe an overwhelming sense that everything is happening all at once.

Her mother’s recent death, and impacted by smoke from the bushfires and then floods, all within a six month period, gave this favoured phrase new meaning for Havelock Stevens. When considered in tandem with Lennon’s tribute, that public and private consideration if further concertinaed across this exhibition.

Havelock Stevens is one of the more exciting contemporary artists working today, with an astute pulse on the collective psyche, but also great humanity that explores collective empathy, shared vulnerabilities and a search for belonging.