The most powerful aspect of The Wolves is the dissonance between admiring the physical skills and focusing in on the emotional interior of each person – making for entertaining theatre watching.
Judith Greenaway
[This is archived content and may not display in the originally intended format.] 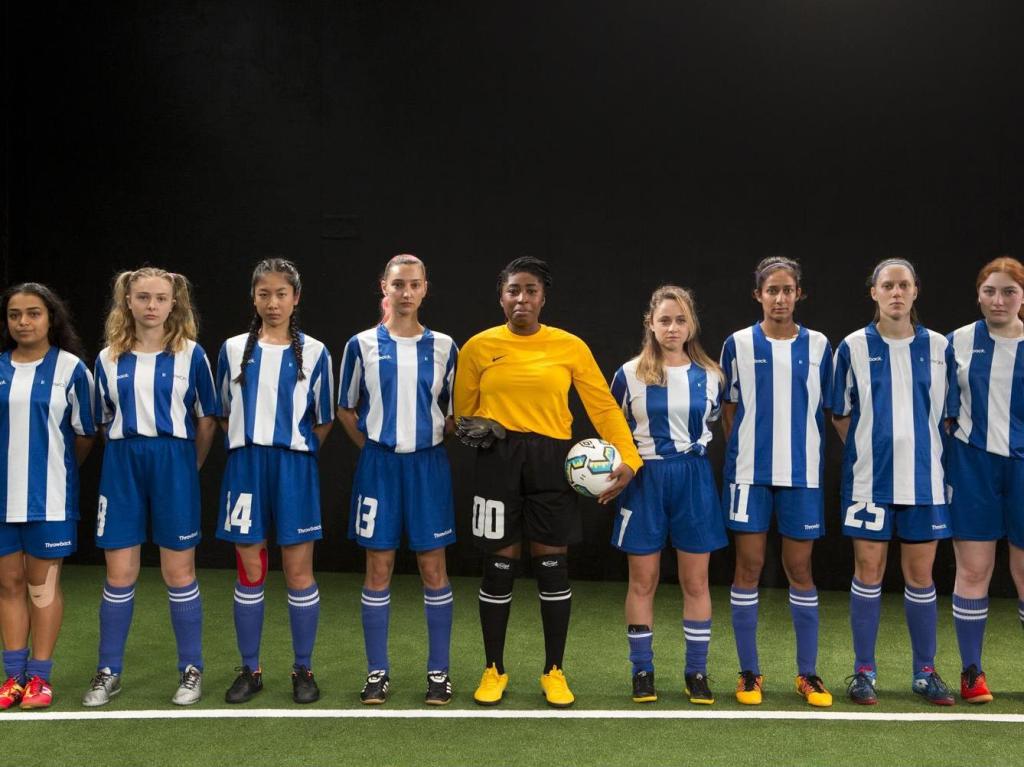 They run full pelt to hit the stage and are almost never still for the whole 90 minutes. The girls are an indoor soccer team and over a season, and several games, the audience will immerse in The Wolves’ world of aspirations, successes and defeats.

The writer, Sarah DeLappe has spoken of this textual imperative for constant movement as an integral element. It has the effect of splitting the audience’s attention into story and action. Giving logic and emotion a sparring space, there to be, one moment impressed by the athleticism of the cast, then drawn fully to the implied and overt individual narratives.

It is a physically skilled and finely rehearsed ensemble here, and the performances have the absolute appearance of ease with the balls and stretches and drills that one expects of a team warming up. Character-wise, it is easy to make sudden judgements, this is the joker, this is the one with the social consciousness, this the slutty one. However, these initial responses are subverted pretty quickly. The joker gets pretty heated up about social issues, the Amnesty International advocate is secretly suffering from being far too well socialised, and the girl who is having sex is … just having sex with a boy she is serious about.

Every performance in The Wolves is excellent and as most of them have done the show together before, Director Jessica Arthur has been able to keep the intimacy of intention and relationships in the transfer to a larger stage. The impact of the play is enhanced Arthur’s replete vision for cohering the audience engagement as the individuals emerge from the pack.  The actors excel at giving the young women separate lives off field via otherness or individual friendships within the group, and they interpret the age of the girls with endearing, chatty, engaged in their own way, verisimilitude.

Audiences respond genuinely to the well delivered comic lines and absorb easily into the drama which, in the main, is personality based. The affecting final scene has the early effect of stillness and captivation in the mystery before the impelling need to move again asserts an influence on the girls.

The most powerful aspect of the play is that dissonance between admiring the physical skills and focusing in on the emotional interior of each person – making for entertaining theatre watching. 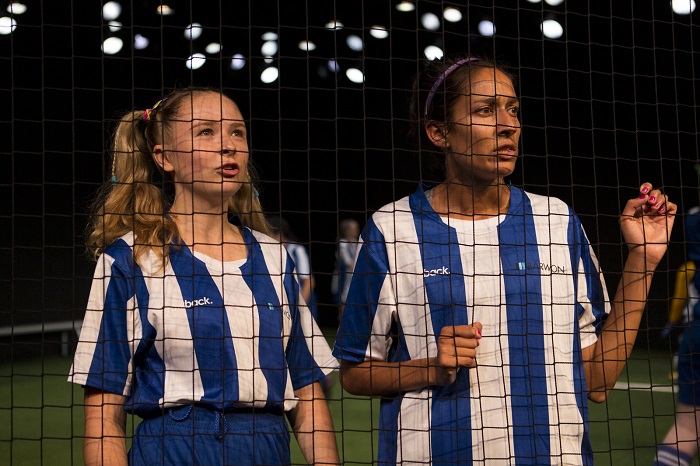 Sofia Nolan, and Emma Harvie in The Wolves. Photo by Brett Boardman.

With a simple but effective setting which puts a large practice net between the audience and players – allowing for kicks against the walls and flipping the bird through the net holes – and lighting which has the static, white, fluoro feel of an indoor space, the acting is foregrounded.  Adding to the authentic feel is some stellar, subtle audio which further draws the audience into this little warm-up area inside a huge building. The young team’s uniform is worn with individual flare without fussiness.

The Wolves is a fascinating work which has the wow factor of skill and the instinctive flash of the unexpected. Thoroughly enjoyable to watch and marvel at but also to reflect on body autonomy and new directions of agency for young women. The coach, after all is male, and watching from the sidelines on and off the field.