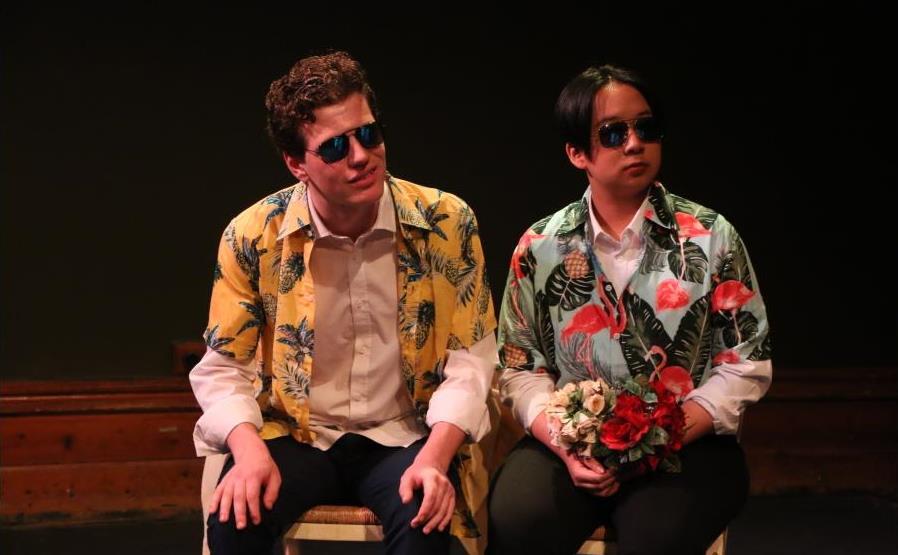 There’s a lot going on in The Winter’s Tale – love, passion, jealousy, rage, tragedy, trickery, comedy, pathos, magic, beasts, subterfuge and counter-subterfuge. You name it. It is nothing if not rollicking. Like a Shakespearean sampler, there’s something for everyone, making it an attractive choice for a student production. On the other hand, performing this breadth of dramatic scope, and making it fresh for a contemporary Australasian audience, is ambitious, requiring confident directorial vision and a deft ensemble of actors.

This Hong Kong Shax Theatre Group and La Trobe Student Theatre co-production (presented at La Mama’s Courthouse Theatre as part of Asia TOPA) offers its audience an enjoyable version of Shakespeare’s plot-hefty potboiler. Directed by Bob Pavlich of La Trobe Student Theatre with initial support from Rosalind Wong of Shax, the work is presented in two acts over two hours; a brief intermission offering a chance to stretch the legs.

Act One is set in 1920s Hong Kong (aka the Kingdom of Sicilia) with Act Two located in 1970s Australia (the Kingdom of Bohemia). Time is a little slippery in the first act, with mobile phones, jeans, sneakers and Coronavirus face masks mixing it with colonial-era fashion and furniture. It’s a curious mash-up of dramaturgical messages; one which – while initially disorienting – satirically reflects our hyper-connected, post-colonial world. And, of course, it would be hard to ignore the extra layer of meaning given Hong Kong’s recent pro-democracy protests.

The choice of 70s Australia is less obvious but perhaps recognises the major shift in Australian immigration policy at that time, super-charging Australia’s connection to Asia, and challenging Australia’s Anglo- and Euro-centric world view. There is also much delight to be had in recreating the bad taste and cringeworthy naiveté of long-socks-and-shorts-wearing Australians of the time and, in this production, this resource was fully exploited (most amusingly in William Foley’s characterisation of the love-struck Florizel).

Act One, which must establish myriad narrative threads, requiring an astute balance between pace and depth, sometimes felt a little lost. Leontes’ baffling rage, followed as it is by his lightning-speed contrition, is a real challenge for any actor. Kevin Lorenzo Erodias de Guzman does an admirable job embodying both sides of the tormented king but accepting Leontes’ about-face as much more than a functional plot-twist is a hard ask of contemporary audiences. Rohit Sharma gives a heartfelt performance as the conflicted Antigonus, echoing the equally conflicted but crafty Camilla (Kyo Wing See Cheung). Evangeline Oster gives a strong performance as Paulina, Karen Wang plays a dignified Hermione, and Cole McKenna energetically delivers a charming Polixenes.

Jacob Shears’s lighting and sound design successfully supports a minimal set. Paul Doogood’s musical direction in Act Two adds an entertaining element to the production, and Vision Wong’s costumes enrich the show through a combination of beauty and humour.

Presented as part of Asia TOPA