An enjoyable, albeit superficial rendering of Moliere’s work.
Ann Foo 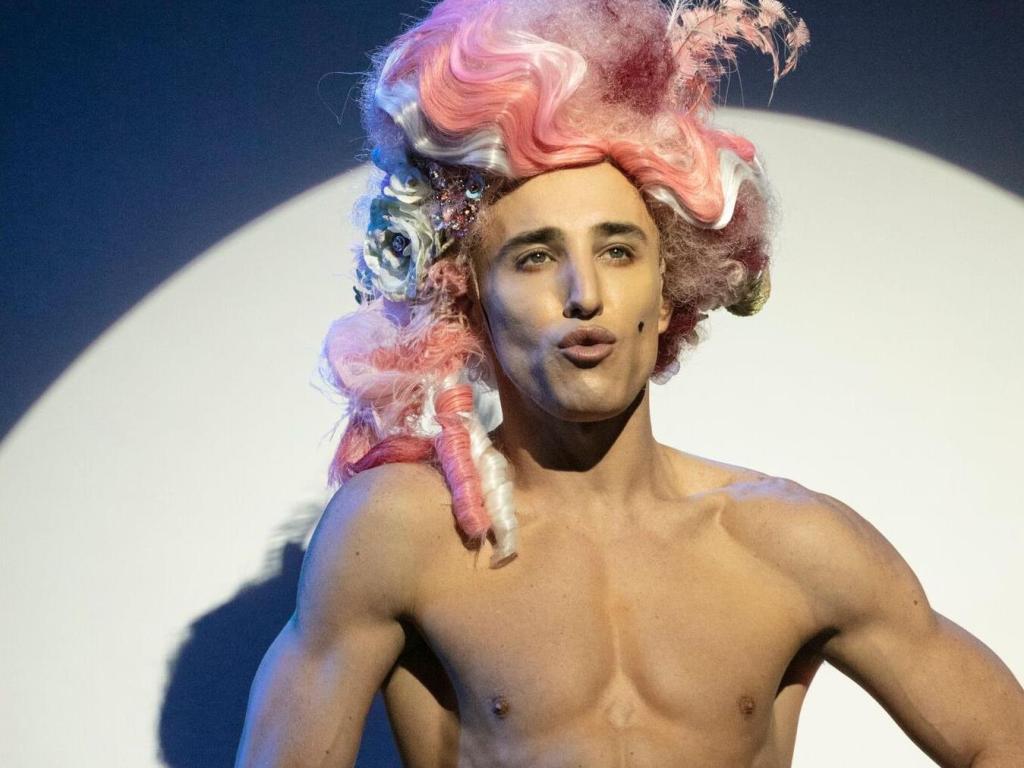 In the backstage wings of a music video shoot, Alceste (Danielle Cormack) rails to her friend Phillipa (Rebecca Massey) of the hypocrisy of social etiquette and it’s prioritising of niceties over honesty. For Alceste, speaking the truth is a religious matter of integrity – for Phillipa, she sees no harm in a little white lie to save someone’s feelings. In a cruel star-crossed twist, Alceste has the misfortune of being in love with someone whose philosophies are completely at odds with her own. The object of her affections, Cymbeline (Ben Gerrard), a rising pop icon, whole-heartedly embraces the game, deftly manipulating his many admirers with the false flattery that is necessary to lubricate relationships while cutting them down behind their backs. The premise of Moliere’s comedy of ill-manners, The Misanthrope, is transposed into contemporary Australian queer culture in Griffin Theatre Company and Bell Shakespeare’s latest co-production.

The most dramatic change director Lee Lewis makes to Moliere’s original work is the gender flipping of the central characters. Instead of Moliere’s original titular grumpy old man, Alceste and Phillipa have become women, whilst the Cymbeline has gone from Lolita to Lothario. The motivation for this switch is unclear, beyond creating one more leading role in theatre for women (which I am all for). Unfortunately, something is lost in doing so. Moliere’s original Cymbeline (the female Celimene) made a lot more sense as an ambitious young woman, who must rely on her looks and seductive powers to influence powerful men because that is traditionally the only way women can access power. For Celimene, playing the game is not a choice: it is literally survival. Furthermore, Celimene’s reactions ring more true as a woman – when her infidelities are revealed, she is shamed because the world hates a promiscuous women. But as a man, wouldn’t Cymbeline have more ownership over his promiscuity? A little pride, even? It doesn’t seem consistent that this cocky queer would suddenly get all shy about how desirable he was, because whilst women are punished for their infidelities, men are applauded for them.

Similarly, Alceste as a man generally rings more true – the privilege of male entitlement prevents Alceste from seeing the catch-22 young women in this society are caught in, which enables his narrow-minded judgement of Celimene’s lifestyle. But if the fog of male entitlement is removed, it’s hard to believe such a smart savvy woman could have such a simplistic perspective. Perhaps if this female Alceste had been written with a more female voice, she might have been more believable. However what we have here is a straight switch out of gender, without much consideration as to how that might affect character.

The modernising of the setting also works against the story. The original premise of Moliere’s story hinged on the downfall of Celimene when her infidelities are revealed – for a young woman in 17th century Paris, this damage to reputation would be cataclysmic. However in the modern day music industry, promiscuity is hardly shocking. It’s hard to believe that any older person wouldn’t know the score when confronted with Cymbelines’ topless prancing. Therefore, it’s hard to empathise too deeply with their heartbreak. With the stakes set so low, there’s not much in the way of tension or drama.

Story aside, visually its a fun piece. Dan Potra’s costumes, from Cymbelines’ pink floral glam wig to Angus’ knife-in-the-back tracksuit, capture the irreverence of the music industry perfectly whilst Max Lambert and Roger Lock’s composition creates a much needed through line that ties together a production that, in other respects, doesn’t quite add up. The action is nicely paced and comically entertaining, despite being somewhat shallow.

The overall affect is an objective, rather than subjective experience. We are entertained by laughing at all the characters, but they are too unbelievable and un-empathetic to compel us to examine the themes of the play with respect to the reality of our world. An enjoyable, albeit superficial rendering of Moliere’s work.