Review: The Life of Us, Hayes Theatre (NSW) 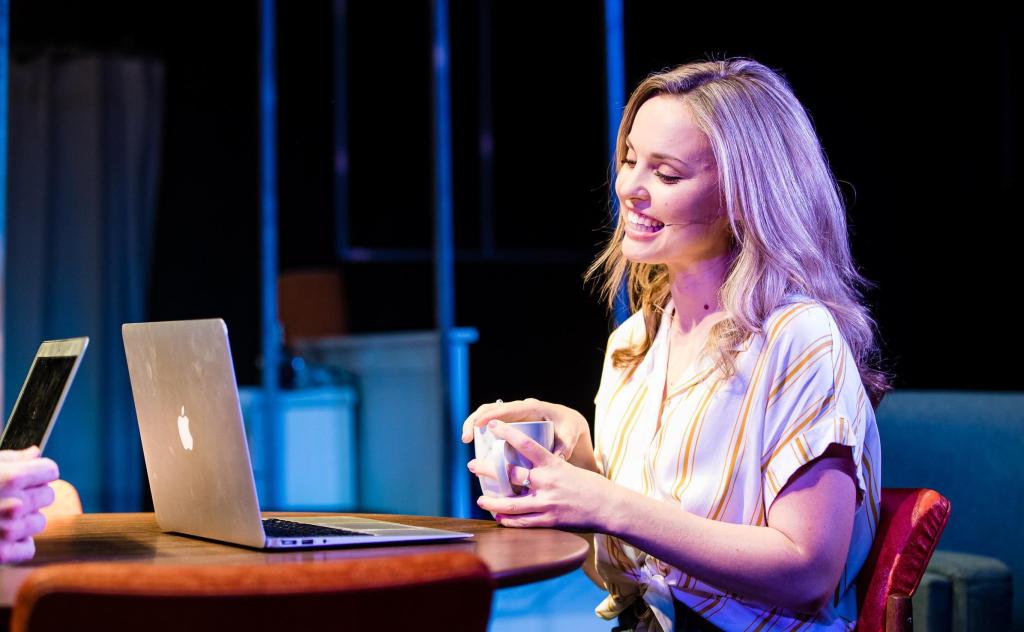 Ashleigh Taylor in The Life of Us. Photo: Grant Leslie.

This is the world premiere of a brand new Aussie musical, directed by Neil Gooding and written by two of its stars, Ashleigh Taylor and Ben Bennett, with music and lyrics by Bennett. It’s been three years in workshops and development – Stephen Schwartz (Godspell, Pippin, Wicked) picked it for the ASCAP Musical Theatre Workshop, where the storyline and score were refined.

Set in the present day, the story is sort of semi-autobiographical, multi-layered and with an incredibly intimate feel, full of heartbreak and love.

The plot is basically that Charlie (Bennett) and Ellie (Taylor) are in a long-distance relationship which has been ongoing for months. Ellie, a graphic artist, is in Sydney looking after her Alzheimer’s-affected mum, Grace (Pippa Grandison), while Charlie is in London trying to break into the music scene with his friend and manager, Mike (Christian Charisiou). We follow a year in their life, seeing how things massively change.

Much is made of modern communications technology, with Skype, computers and phones central to the plot – though it can be a little disconcerting at first to watch Charlie and Ellie sing to a computer. The songs combine to make a set of 14 pop/rock ballads – with some hip-hop references – showcasing splendid performances by all.

Lauren Peter’s comprehensive set design for the rather small and cramped Hayes stage fluidly allows us to jump between Sydney and London, neatly encapsulating Ellie and Charlie’s homes. It is always clear, even when they appear to be in the same area, that they are separated by half a globe.

As Ellie, Taylor is magnificent, madly trying to juggle all the pieces of her life. She gives a delightful, determined and energetic performance and is in appealing voice.

Bennett gives a strong, passionate performance as Charlie. Make Her Mine is the catchy tune Charlie writes to attract the attention of a major record company and it soon takes off and becomes a hit. We can hear the many layers of their bond in their songs.

Charisiou gives a solid, empathetic performance as Mike, admirably effervescent and playful at times. As manager, he must deal with Charlie’s somewhat distracted and erratic behaviour on tour, as well as organising interviews and photoshoots. His song, Take the World, is spot on.

Grandison is outstanding as Grace, giving a sensitive, finely nuanced performance. Her Grace’s Song towards the end of the show packs a heartrending punch, while the mother-and-daughter number, Water, is also very emotional.

The Life of Us is a most absorbing new Australian musical.