Review: The Boy I Paid For, Midsumma Festival (VIC)

There are moments of gentle humour and intimacy in this production but the story is indulgent and implausible.
Liza Dezfouli 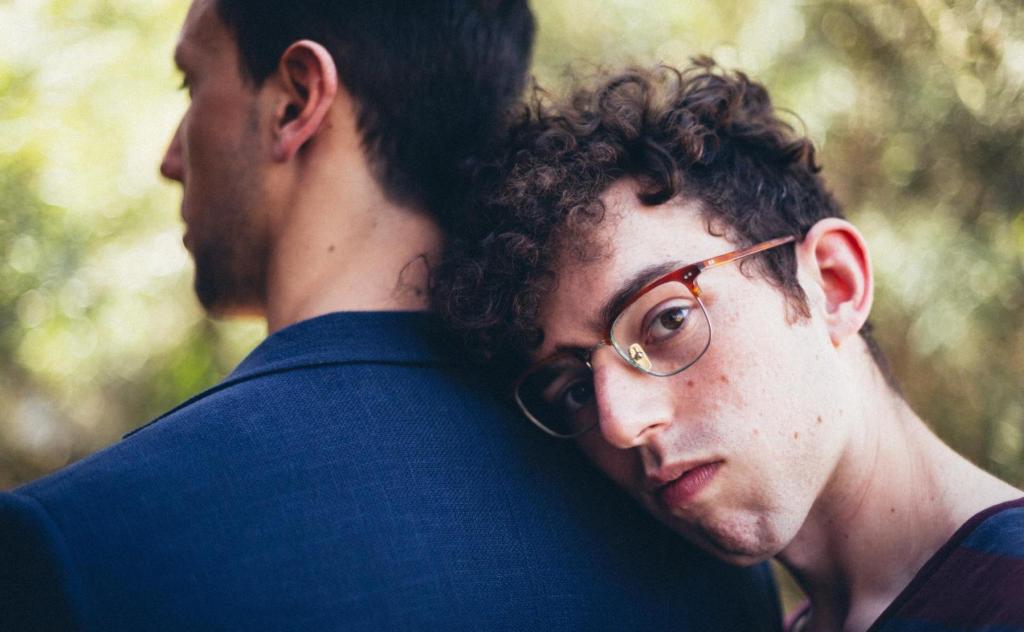 The Boy I Paid For. Photo: Benjamin Laut.

The Boy I Paid For, a Midsumma Festival offering, is a play by writer/director Wayne Stellini about a lonely man’s encounter with a male escort, exploring a surprising connection they come to share.

Jonny Kinnear plays the escort, Beau. A patient and kind character, comfortable in himself and his sensuality, he certainly looks the part. Jake Matricardi gives us a nerdy, socially anxious and insecure Keith – the sort of man who prides himself on his plastic bag collection. However, Keith turns out to be self-aware and articulate about himself and his needs, leaving not enough room in the dialogue for additional subtext.

In the program notes, Stellini says he met a man who revealed he was a male escort and so Stellini sent him the script to read: ‘He points out certain parts in the play and relates them to instances he has encountered on the job.’ This then, comprises the extent of Stellini’s credentials; his story about a client riddled with self-doubt and insecurity who hires a physically stunning escort for an evening is not the result of extensive research amongst male sex workers. Stellini gets some things right in this two-hander story but the play is not as grounded in reality as the writer imagines. Nonetheless, there are moments of gentle humour and whimsy in this production exploring male emotional complexity, and the intimacy comes across well.

The Boy I Paid For is a non-sex worker’s fantasy about how a sex work booking might play out if only the respective parties were honest with each other. It could be read as a kind of reverse Pretty Woman scenario, and the story could translate to encounters between clients and workers of any gender: essentially, an insecure character wants to feel lovable, beautiful and desirable, at least for a while, so they engage an escort. The escort turns up and delivers to the client some much needed personal affirmation – which is paid for upfront. There it should end, except in this story Beau develops real feelings for the irritatingly abject Keith, sees his ‘true beauty’ and reflects it back to him. He even returns Keith’s money(!), and extends the booking for free without even being asked.

Although Beau tells Keith that he’s in a relationship (with a woman, apparently fine with her bi man doing sex work, and who suddenly seems not to count), after they have sex, Beau becomes emotionally open to Keith and willing to spend the entire night with him gratis because he doesn’t want to wake up alone on Christmas morning! Keith is prickly, whining, annoying and, compared to Beau, is unimpressive physically. But romance rules…

Is a gorgeous, successful, in-demand sex worker really not going to be busy on Xmas Eve? Would he honestly give a needy client his money back, and then spend the night with him off the clock because of a newly realised emotional hunger on his part, even though he has a life and a partner of his own? Hard to imagine. Keith is young and openly gay, and although male-to-male sex workers do occasionally see out gay men, the majority of their clients are ‘straight’ closeted men and are often mature, so Keith’s an unlikely client to begin with. Keith is sexually experienced, having had the sort of casual sexual encounter common to the young gay man, yet he believes that the sex he experiences with Beau, the ‘boy he paid for,’ is something deep, beautiful and special. His writer allows this fantasy to become reality. Keith challenges Beau to be ‘truthful’ with him, displaying an astonishing naiveté, and again his creator indulges him. You could almost charge Stellini with irresponsibility: beyond the parameters of a paid transaction, clients don’t need encouragement to project their deepest needs for validation onto sex workers and to expect it to spill over into real life.

It isn’t cool to be overtly anti-sex work in mainstream Australian society, especially not within the lefty Melbourne arts scene, but it’s possible to unwittingly reveal your own prejudice against sex work by challenging the reality of sex work transactions, by suggesting that sex work is something other than what it is. If you’re fine with sex work being a facsimile of intimacy which is paid for and which takes place within a set time frame, then you don’t need to transform it into anything else. Nor do you need to constantly point out how your sex-working character has emotional needs, can be vulnerable, has a past, and is, in fact, human.

How refreshing this story would have been had Stellini allowed Beau to behave like a professional with boundaries in place, yet leave Keith feeling better about himself nevertheless: the likeliest scenario.