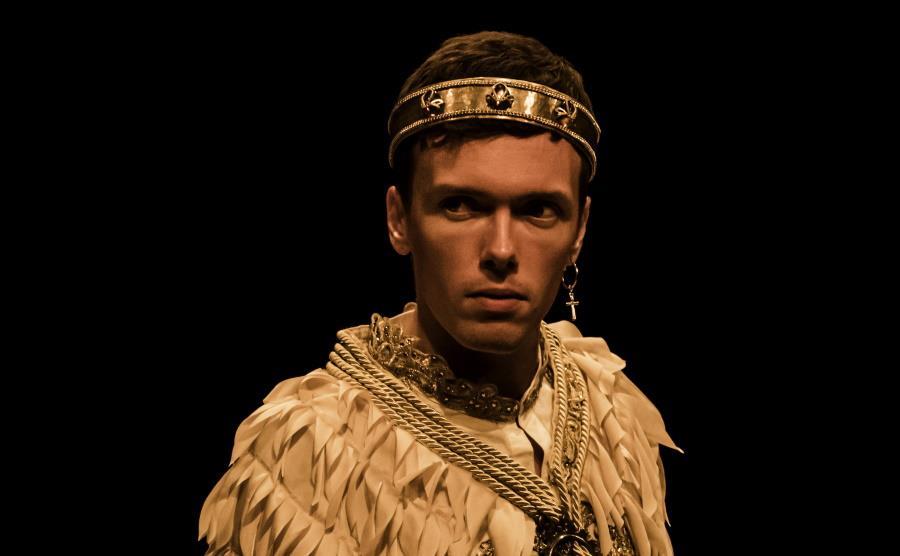 There seems to be a common and unfounded notion that quality – and excellence – in the arts is defined by where it is located: normally in the capital cities, and certainly not north of Brisbane.

Clearly, adherents to this ridiculous argument have not witnessed for themselves the extraordinary work that has been produced for the past 10 years by Townsville-based TheatreiNQ. And if this latest production is anything to go by, we are headed for another decade of continual excellence which not only waves the flag for regionally-based theatre, but gives Australian regional theatre a solid and re-defining focus which clearly works. It also once again delivers a sound argument to reward an arts company with funding not only for the merit of its work, but also to ensure the survival and longevity of culture in the regions.

To celebrate the company’s 10th year, artistic director Terri Brabon has resoundingly delivered the first of a trilogy based on Shakespeare’s historical plays which revolves around the Wars of the Roses, which will be performed at different locations in Townsville throughout the year covering eight of the Bard’s ten historical plays. For Brabon, this is a project which she has nurtured for 17 years and The Blood of Kings weaves four of Shakespeare’s plays – Richard II, Henry IV (Pts I & II) and part of Henry V – into a compelling, epic performance at once formidable and spellbinding.

With the audience on three sides, the compulsive spell began with a simple set which saw an enormous medieval figure of the crucifixion suspended over a rostra with a simply depicted throne of England. We are introduced to the people who inhabit this world through a striking pageant depicting the seven sons of Edward III, accompanied by a voiceover. This effectively sets the scene for the plotting, banishment, bloody feuding, treachery and retribution that characterised the reigns of his two successors, Richard II and Henry IV – preparing for the reign of Henry V.

It should be remembered that Shakespeare’s historical plays are largely responsible for what history by and large thinks is true of these medieval kings of England and the effects they had on society. While interplays may not necessarily be historically accurate, the dramatic context of the plays is what is important here.

Less warlike than his father or his grandfather, Richard II was the last of the Plantagenet kings who inherited the throne at the age of 10 on the death of his grandfather Edward III. James Raggatt gave in a finely-nuanced performance as the somewhat ineffectual king with a distracted air. His prison soliloquy while jailed in Pomfret Castle was a powerful highlight of the entire performance.

Henry Bolingbroke deposed his cousin Richard II to become Henry IV, the first Lancastrian King whose reign was characterised by plots, rebellions and assassination attempts. Always a captivating actor, O’Connor gave this king authority and power, and the illness that plagued the latter part of Henry’s life was intimated in the deathbed scene.

Widely mythologised as England’s ‘perfect king’, Henry V (Prince Hal) was played by Joseph Raggatt. The two Henry IV plays see him both in dramatic and comic scenes, and Raggatt clearly displayed his abilities in handling both. This is an actor with a magnetic physicality and command of the stage. His Henry V was played with ease and understanding, with his coronation providing a perfect segue into the next instalment, The White Rose and the Red, to be performed in July 2020.

Of course, the fictional characters of Falstaff and Mistress Quickly are pivotal to Henry IV, Part II – indeed some scholars have even suggested that this play should be retitled Falstaff.  The scenes included in this production provided essential comic relief, with John Goodson playing the fat, vain and cowardly Falstaff with ripe relish. This was an outstanding comic performance, and equally exceptional was Arminelle Fleming’s Mistress Quickly, the bawdy innkeeper obsessed with her respectable reputation. She was a splendid foil for Goodson, matching his timing every step of the way.

The large ensemble was directed with customary attention to detail and energy with interesting characterisations given to even the most minor of characters. John Robertson’s dual roles of John of Gaunt and the Earl of Northumberland were particularly impressive as was Anna Vella-Sams as Duchess of York, but I was somewhat mystified by the choice of an Irish accent for Hotspur who was also Northumbrian (read TV’s Vera, ie Brenda Blethyn). Also impressive was the cast of younger community actors including Riley Johnston, Hollie Sams (as Richard II’s child bride, Isabella) and Hunter Sams.

The hallmark of Brabon’s work is to create a solid and believable world which compulsively mesmerises the audience. She infuses all her creations with a clear vision of that environment which she manages to convey with very often the most minimal resources. She really is a director of inspiration – not only for the productions she creates, but also for the actors’ experience and ultimately the audience.

The Blood of Kings is a seamless and captivating production, which despite its three hours’ playing time never once faltered.