APT9 is a slow and steady exhibition that works against the quick read and quick perceptions of art making in our region today.
Gina Fairley
[This is archived content and may not display in the originally intended format.] 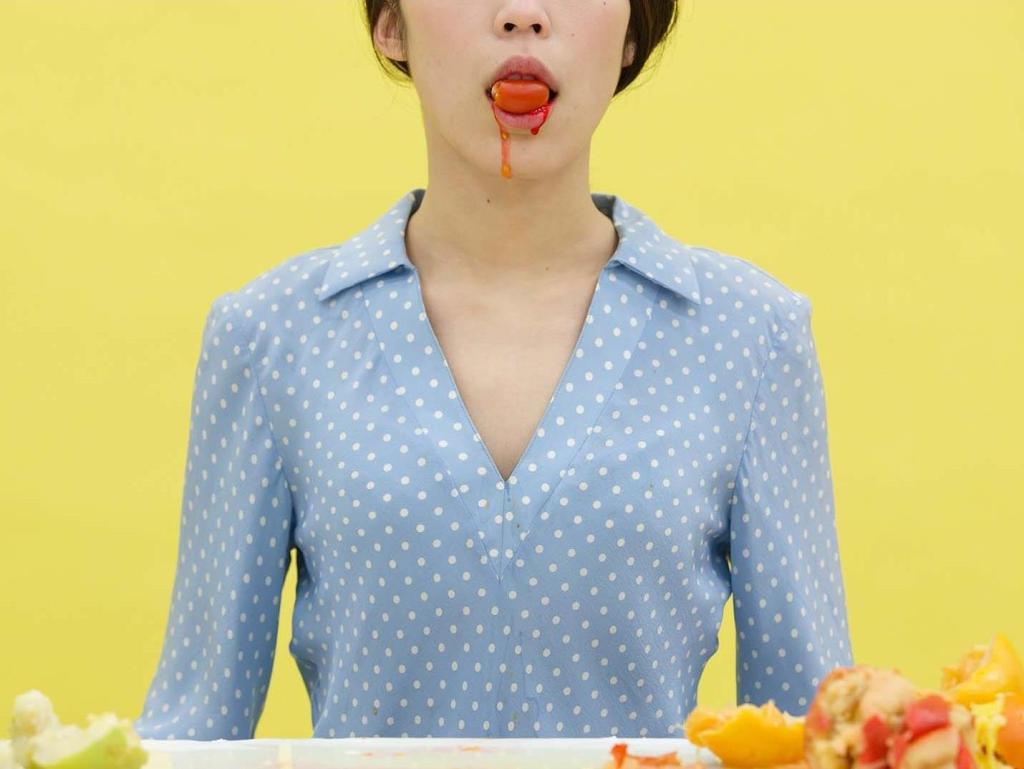 The 2019 Asia Pacific Triennial of Contemporary Art (APT9) is a hard exhibition to review – not for its scale, its curatorial choices, placement of work, and so on. Rather, for its slow burn. You can’t rush it.

Over the course of the three days spent at the Queensland Art Gallery / Gallery of Modern Art in Brisbane (QAGOMA) my reading of this exhibition vacillated like a metronome – as impression upon impression emerged and merged. What beat did this exhibition chose to follow?

One should almost expect that sort of vacillation with an exhibition of this scale and geographic reach – APT9 includes more than 400 artworks by over 80 individuals and collectives from 30-plus countries. It is the kind of broad grasp that is the foundation of the biennale/triennial model, especially one that is not couched on a theme per se.

Where this exhibition differs to that model, however, is in its subtlety and tone, and, I want to add, humanity.

It does not pull the visitor through with predictable pitstops at bold, brash artworks that are unnecessarily hyped in scale or message. It is not an overtly political exhibition for the sake of sensation; it is not congested as works vie for attention, and there is a weight towards a sense of hand across the exhibition. One might even suggest the exhibition has a more conservative presentation, with museological undertones.

These observations, however, feel contrary to the reality of walking into GOMA’s Long Gallery, where viewers are faced with a contemporary Chinese ink wall drawing over 20 meters long by Qiu Zhijie, which maps global and technological ethics. It faces a work by Filipina Nona Garcia, Untitled Pine Tree (2018), which is a kind of deconstructed portrait that laments deforestation for development. Tick political, tick spectacular, tick current… vacillation indeed.

My leading impression was reflected in QAGOMA Director Chris Saines’ comment at the media preview, where he described APT9’s lead curator, and Curatorial Manager, Asian and Pacific Art at QAGOMA, Zara Stanhope as having delivered us a ‘steady’ exhibition.

While that may not be a descriptor you’d punch up in marketing collateral, it is incredibly astute and true to this exhibition. It aims for the long ride.

Saines explains in the catalogue that today’s exhibition shares many of the ambitions that influenced the first APT, some 25 years ago. ‘Then, as now, there were no predetermined principles shaping the exhibition,’ he writes.

What Stanhope and Saines touch on is a collective desire regionally – globally – to slow things down; to move beyond the Instagram impression of life, and to settle into a good long think about our rapidly evolving region and what it means to us as people, not political verbiage.

The region is a very different place than in 1993, when that first Triennial was staged, and understanding that perhaps is just as important to understanding the work that we are viewing in the gallery today.

For the first time, APT9 presents more female artists than any previous edition. It has the greatest number of First Nations artists presented in the exhibition’s history, For the first time Laos has been included, and we see the largest focused look at contemporary art practice in Bangladesh, as part of a new partnership with the Dhaka Art Summit.

These are not random wins.

The APT does not endorse hierarchies, and places equal weight on the making that arises from traditional culture and practices within remote locations as it does to works that take a more generic, tech-sophisticated and market reading of “contemporary art”.

APT9 reveals the gallery’s deep and ongoing connection with the Pacific. Viewers move from the cinematic expanse of Lisa Reihana’s 2017 Venice Biennale video work, In Pursuit of Venus [infected] 2015-17 and the work of New Zelander Anne Noble, with ghost-like photographs of dead bees and living bee installation – both works that are based in research, technology and photomedia’s capacity to inform systems of knowledge – to sit shoulder-to-shoulder with projects that are completely analogue.

There’s the collaborative projects from the Gunantuna community from Papua New Guinea, whose rings of woven cane and Diwarra (shell money) welcome visitors to GOMA; then 13 women weavers from the Marshall Islands with the Jaki-ed Project, whose slow collaborative practice is presented with a documentary-styled video; then there are the women from the Autonomous Region of Bougainville and the nearby Solomon Islands’ Women’s Wealth Project, which sits within the central galleries at QAG.

While Bougainville is far removed from Tarana Burke’s #metoo movement and its subsequent Hollywood iteration, there is a global zeitgeist that has garnered strength in the past year which gives weight to the voices of women in predominantly matrilineal societies. In this respect, the Women’s Wealth Project is as contemporary as they come.

Some argument could be made that the gallery presentation of the Women’s Wealth Project has an ethnographic tone that confuses its context somewhat. The Director of a gallery in Southeast Asia mentioned to me that they had thought it was part of the Gallery’s Collection, not the Triennial, and passed on viewing it.

It is an interesting one to ponder in this edition of the APT. The project’s conceptual reading as objects that hold a monetary or symbolic means of exchange, is described by Stanhope as bridging ‘customary and neoliberal structures’. Labour and land have always been common concerns across the history of the APT, and it is an interesting consideration when we have the emergence of crypto and alternate currencies in some countries, such as Iran, where there are financial embargoes in place for trade.

The art market is turning to alternative currencies for trade and so, more than ever, these traditional alternatives to wealth and value have a synchronicity with current global conversations.

The focus on traditional weaving and textiles leaps into further dialogue in APT9 through the work of  Pakistani artist Aisha Khalid, who has created a mind-boggling triptych from thousands of tailors’ pins that create a hanging “rug”; to Iranian artist Zahra Imani’s hand-stitched banners that celebrate women’s lives in a city of male monuments; to Lao artist Tcheu Siong’s wall pieces that capture Hmong spirituality in fabric swatches and designs; and to Thai artist Jakkai Siributr’s Singhaseni Tapestries 2017-18 that engage with social and cultural pressures that have translated to violence.

Stanhope writes: ‘In all his installations, Siributr balances the visual sensuality of his medium with its diverse and often dark subject matter.’

This could be a descriptor for much of APT9. Architecture and development, the reality of climate change, the rise of extremism, the global movement of people – are all underlying conversations that emerge as a means to understand our evolving region.

Among some of the highlights within this thinking are Martha Atienza’s video piece that blurs a religious ceremony with illegal fishing in the Philippines, and Tada Hengsapkul’s (Thailand) video installation of a scuttled tank once used for boarder control and now an artificial reef for tourism. Nothing is a straight through-line.

For this writer, some of the other highlights that warrant a mention are: Jonanthan Jones’ installation of 2000 collected natural objects with deep cultural and personal significance layered in contemporary and conceptual framework; the phenomenally detailed abstractions of Waqas Khan (Pakistan); the stunning musical installation of Japanese artist Yuko Mohri – a sonic rumination which overlooks the Brisbane river and city while using the vernacular of urban light posts and furniture; the graphite drawings / constructions by Bangladeshi artist Ayesha Sultana; the punchy one-liner on “skin-deep identity” in Latai Taumoepeau’s photographic series Dark Continent (2018), and the epic narratives of Kawayian de Guia (Philippines) that blend ancient tribal culture with consumerism and colonisation.

As its name frames, the APT happens every three years. It is long enough for digestion and change in the pace of an evolving role, but also allows the time to build relationships across remote locations.

Another way to understand such change, in reality, is to track it. Stanhope has chosen also to revisit work from earlier iterations of the APT – Japan’s Shinro Ohtake and the aforementioned Anne Noble were both represented in the first APT. There are in total five artists who have a return appearance in APT9.

The Triennial has always been defined by prolonged fieldwork in the region, and this “review” invites a deeper analysis of the sustainability of practices and perhaps a gauge on the speed of growth in these art scenes.

This is where I come back to that idea of slow art, and our need for it more than ever. There are many threads that can be chosen as a way of navigating through APT9 as a viewer, and we may not feel that immediate buzz on our first viewing, conditioned to seek out the big statements, but this exhibition is a quiet giant that continues to whisper in your ear.

Don’t be too quick with the first impressions – typical behaviour for our world drowning in opinions – but take a cue from our more remote neighbours and allow the nuances to slowly surface.

ArtsHub visited Brisbane as a guest of the Asia Pacific Triennial.