In 2018 we see Sydney Dance Company’s 23 graduates in this thrilling program, which was an exciting mix of five short works.
Lynne Lancaster 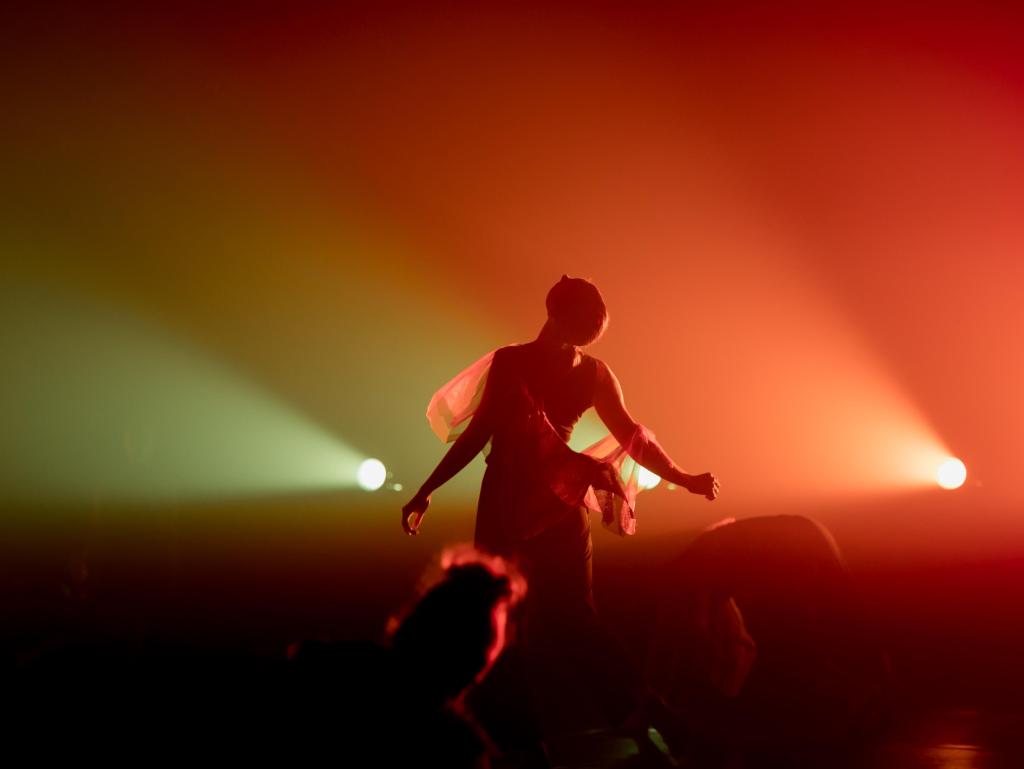 There were some challenging, extremely difficult choreography and glorious dancing at Sydney Dance Company’s PPY18 Revealed. PPY is an abbreviation for Pre-Professional Year and this year’s ensemble were splendid.

Held at Carriageworks, Cass Mortimer Eipper’s Akimbo opens the show. The dancers are all identically dressed in white with barcodes on the back of their belts. It’s almost as if they are alien beings and this dance is a futuristic Rite of Spring.

In Akimbo there are some fabulous small solos woven with the pulsating electronic score, but mostly it consists of various groups forming and splitting. Stylised, repeated and almost robotic angular movements are used and mixed with slink floorwork. The dancer’s feline crawling at one point becomes insect like – this was a striking and unusual work.

Sue Healy’s Narabeen was a short film and was at times dizzyingly shot from above so we could see the patterns that were created below. The film follows the dancers in long lines along the causeway and includes marvellous shots of the rocky shore.

The dancers stretch, lunge, kick, whirl like dervishes, and at times breaking off to individually perform set choreographic phrases – sometimes in collective circling wave movements opening and rippling like coral or flower petals.

Ashley Wright’s Not A Party Too Soon has a cast of only seven in brightly coloured casual streetwear with the performance requiring two large pieces of plywood, the use of the plywood is revealed later in the piece.

Not A Party Too Soon opens with Austin Kelly (I saw the second cast) and his jovial grin staring at the audience. Wrights’ choreography for this work requires many creamy and very demanding supple bends backwards as well as some other very demanding choreography. It made me ponder whether the piece was about relationships and group control. I wondered why they were all trapped under the plywood at one point? Towards the end of the dance the black curtains on either side of the stage were pulled back to reveal the concrete walls of Bay 20. The audience laughed at appropriate points and appeared to enjoy it.

Viral by Victoria Chiu opened with electronic piano and had an eclectic score. The costumes (by Fiona Holley) were multi-layered and wonderfully textured with the dancers eventually stripping down to black unitards. The dancers ebbed and flowed and we witnessed how a single touch can infect and transform the group.

Sections of SDC artistic director Rafael Bonachela’s Scattered Rhymes was the final work with the dancers costumed in various shades of red/burgundy.

The large ensemble in Scattered Rhymes is like a flock of birds, flying, leaping, and darting at times with birdlike yet angular arms and long stretched legs. There are some almost impossibly demanding and intimate enfolding duos and the ensemble split into various trios, quartets and the like.

This show is a great chance to see the excellent young dancers at this year’s Sydney Dance Company’s PPY18 Revealed.