A joyful and irreverent night of queer and Asian comedy.
Eric Jiang 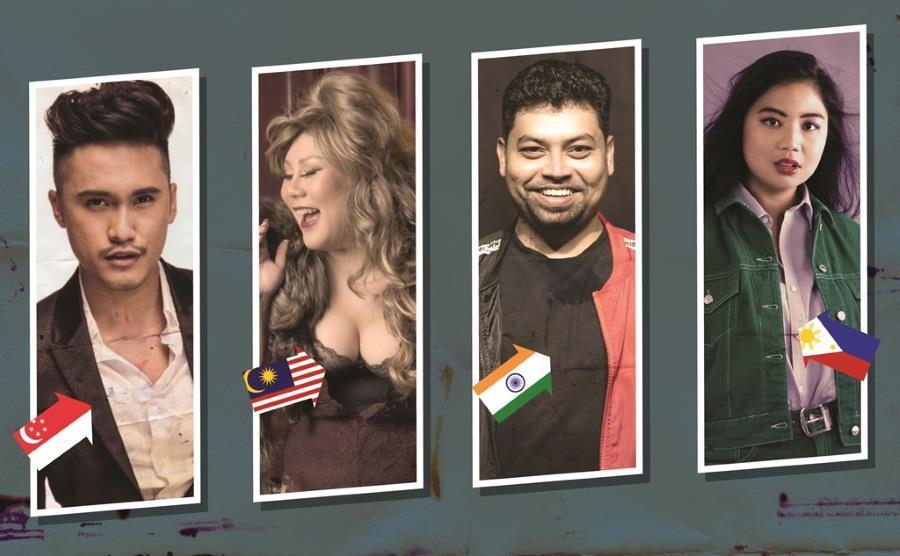 Spice Night brings together a quartet of comedians to celebrate and skewer being queer and Asian.

Malaysian comedy queen Joanne Kam is tasked with warming up the crowd. Bold and crass (and hilariously so), Kam is the perfect person to open — she has an overwhelming energy that can almost bully you into laughing. Kam returns a few times to introduce each act in case you forget her (impossible), and to generally keep things bubbling along. With absolutely no filter and this much stage presence, she’s tough to follow. Luckily, each comic tonight is more than up for the challenge.

Billed as India’s first openly gay comic, Navin Noronha deftly navigates a distinctly conservative cultural situation, while always homing in on a solid punchline. Discussing the changing laws around homosexuality in India, Noronha acknowledges the way fear has crept into his relationships, but also emphasises the persistent joys: he regales a story in which a heartwarming act of connection coexists with an extremely awkward toilet mishap, and it’s incredibly funny. Noronha is at home on stage: there’s just something so artful about the way he can move the audience with his sincerity, then immediately switch it up into flirtatious sass.

Next up is Hirzi Zulkiflie, Singaporean social media star. Like Noronha, Zulkiflie’s set touches on how same-sex relationships are treated differently in his home country, but ultimately treads less interesting ground. The set doesn’t contain anything unexpected or obscene enough to create any really killer laughs, though it is definitely very energetic and still quite entertaining.

Margot Tanjutco, a rising Filipino-Australian talent, closes the show. Tanjutco doesn’t really explore her queerness or cultural experience in the same way the others have, instead opting to skewer bigger topics such as consumerism. Despite this change of tack, she proves a worthy closer. It helps that Tanjutco throws in a skit and a musical number or two, which adds a layer of fun and a satisfying razzamatazz finish. During the numbers, she sings in rapid and precise verse, with wonderfully specific jabs at consumer expectations and corporate greed. The only flaw that the transitions between different parts of her set can be a bit awkward, but the actual sections are delightful to watch once they get started.

While it would have been good to hear more queer comedy from a non-male perspective, the evening created by these comics felt powerful, valuable, and joyfully funny.