Michelle Law’s play is a clarion call for a more inclusive portrait of contemporary Australian society.
Thuy On
[This is archived content and may not display in the originally intended format.] 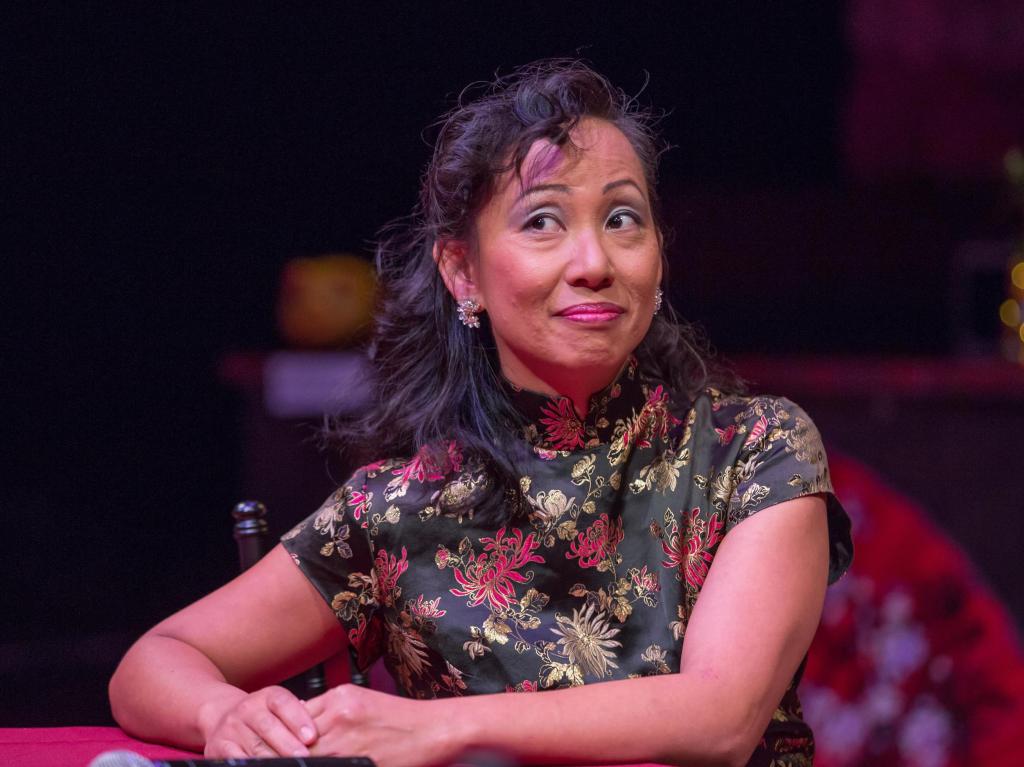 The importance of seeing Asian faces in mainstream Australian theatre can not be underestimated; for far too long we’ve seen countless white dinner parties in upper middle-classes homes. I don’t recall seeing a play set in a fraying Chinese restaurant on the Sunshine Coast. But with a successful run in Brisbane and Sydney, Michelle Law’s play finally wends its way to Melbourne, and acts as a clarion call for a more inclusive portrait of contemporary Australian society, (for the subset at least, for whom wearing shoes inside the home is frowned upon). Race and gender, family responsibilities and individual agency － Law plays around with each individual component: Single. Asian. Female. as well as the nexus between these three labels.

The heart of the play, though, is Pearl Wong (Hsiao-Ling Tang), single mother and sole proprietor of the Golden Phoenix restaurant, whose first appearance is her sashaying table top to her version of Gloria Raynor’s ‘I will Survive’. It’s a quick and easy way to get the audience onside and we are from the start, drawn to this strong and brittle woman. Mother to 18-year-old Mei (Courtney Stewart) and 29-year- old Zoe, (Jing-Xuan Chan). Pearl seems to be keeping it together but she’s nursing a secret that will implode the family unit. Her children have their own dramas to contend with: teenager Mei is navigating her last year of school and dealing with body image issues, not helped by a self-loathing based on her ancestry while Zoe, forced to move back home temporarily, is trying to figure out her love life and her music career. Moving between them, Pearl is both protective hen and overbearing tiger mum.

Director Claire Christian has managed to draw out the see-saw elements of Law’s play: Single Asian Female is melodramatic yes, but it’s big-hearted, emotional fare. There are sibling quarrels, mother-daughter screaming matches and all manner of broken communications. A range of topics are explored: filial duty, casual and entrenched racism, bullying, online dating, mental health, marriage breakdown, domestic abuse and immigration laws, which all sounds like heavy duty. But fear not, Law and her capable actors leaven the gravity with a lot of humour: the bawdiness, the physical antics and song (yes there is 90s Karaoke as as well as Cantonese pop) go a long way to making Single Asian Female an entertaining night as Law both indulges and skewers Asian stereotypes. Tang, Stewart and Chan are joined by the rest of the ensemble cast: Emily Burton, Tatum Mattin and Patrick Jhanur and all acquit themselves well.

Kudos too, to the set design by Moe Assaad, with its authentic notes of kitschy Chinoiserie detail: red carpet, tablecloths and lanterns, ‘Cash only’ sign, lucky cat ornament and decorative fan.

In a whitewashed theatreland of blond furniture and privileged Caucasians Single Asian Female is refreshing and exciting. But, in the end, it’s not really about being single, Asian or female (or a combination of the three), its ambit is far more broader than that. The play is about family and culture; love, belonging and identity. Its appeal should transcend all audience demographics, regardless of colour, creed or background.