A thought-provoking and fascinating experience on many levels.
Gillian Wills 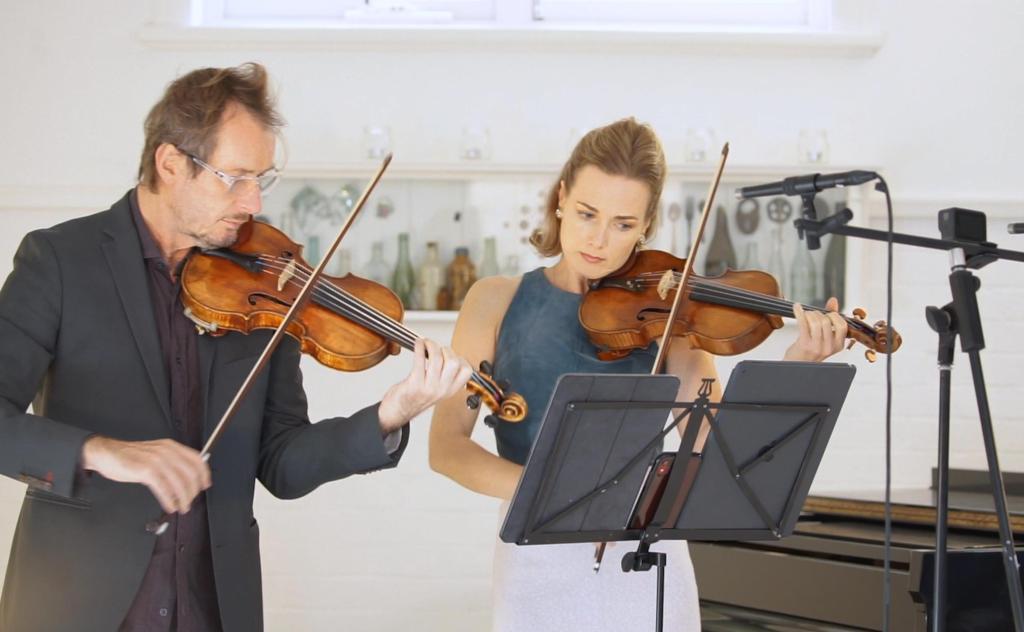 The Australian Chamber Orchestra is a flagship ensemble that has consistently forged innovative approaches and daring partnerships in performance. It’s not surprising then that during the virus lockdown, like other significant musical, dance and theatre organisations, the ACO has launched a series of live-streamed ‘Homecasts.’ The pandemic has turned the world on its head and changed the way we relate to our work, our families, our friends and the arts.

We’ve seen art exhibitions in virtual galleries and listened to endearing snippets of music making from all around the world. An Italian singer serenaded neighbours with, ‘Nessun Dorma’ and a trumpeter blazed a rousing fanfare from his apartment’s balcony. In Australia, cellists, double bassists, pianists, singer-songwriters like Paul Kelly and jazzers Paul Gabrowsky and Kristin Berardi have shared morsels of home-based music-making.

In live performance, there’s a magical alchemy and connection between the staged performers and the audience; an edge, an element of danger. Will it work out well? And this unpredictability often generates spine tingling, knife-edged listening. The ACO’s entertaining, ‘Homecast’ last Friday with Tognetti and Vänskä was something different again; both formal and informal, and importantly without an audience present, it trialled a new mode of performance.

Hundreds of people must have waited last Friday staring at a photo of Tognetti and Vänskä on an ACO facebook page wondering if they would be able to access the ‘Homecast’ at the appointed time. Impressively, those that could not received guidance.

The experience was thought-provoking and fascinating on many levels, not just because of the lucid, conversational ebb and flow between the players for instance in the delivery of the second movement of J.S. Bach’s Concerto for Two Violins with continuo by ACO cellist Timo-Veikko Valve and in Leclair’s Sonata for Two Violins in F major, Op.3, No.4, but also due to the constant flurry of appreciative messages popping up on screen. The concert was inviting, formal and yet not. For instance, after the first few bars of a piece began, Tognetti abruptly stopped and went off camera to fetch baroque bows. The experience was intimate, friendly but not without fleeting awkwardness, perhaps because Tognetti and Vänskä felt the absence of gratifying applause.

After the couple’s vigorous shaping of Paganini’s challenging, ‘Caprice,’ no. 5 in A minor a performance that zipped along at a hair-raising pace, Vänskä filled the void by calling out a desultory ‘Clap.’ One of the most moving items was Pete Seeger’s, ‘Where Have all the Flowers Gone’, a poignant reference to lives lost in the pandemic, sung by Vänskä in an understated yet lovely mellow voice. Her natural singing didn’t stand in the way of the lyrics and Tognetti’s sympathetic accompaniment was appropriately sparse.

How distant were we from that room with its bountiful resonance in Tognetti’s house in Manly, NSW? Not so much, but there are elements in live-streamed performance to be sorted by the contributors and the audience must take on board its possibilities and limitations and grapple with a new set of expectations. Finally, Tognetti asked, ‘Who is going to turn the cameras off?’ Who indeed? There was an underlying frisson to wrestle with  – between intrusion and intimacy and how the violinists’ spirited generosity was tinged with a loneliness I’m still thinking about.