An intriguing, highly elliptical account of Penelope's experience of waiting for her husband, Odysseus, to return from the Trojan War.
Miriam Cosic 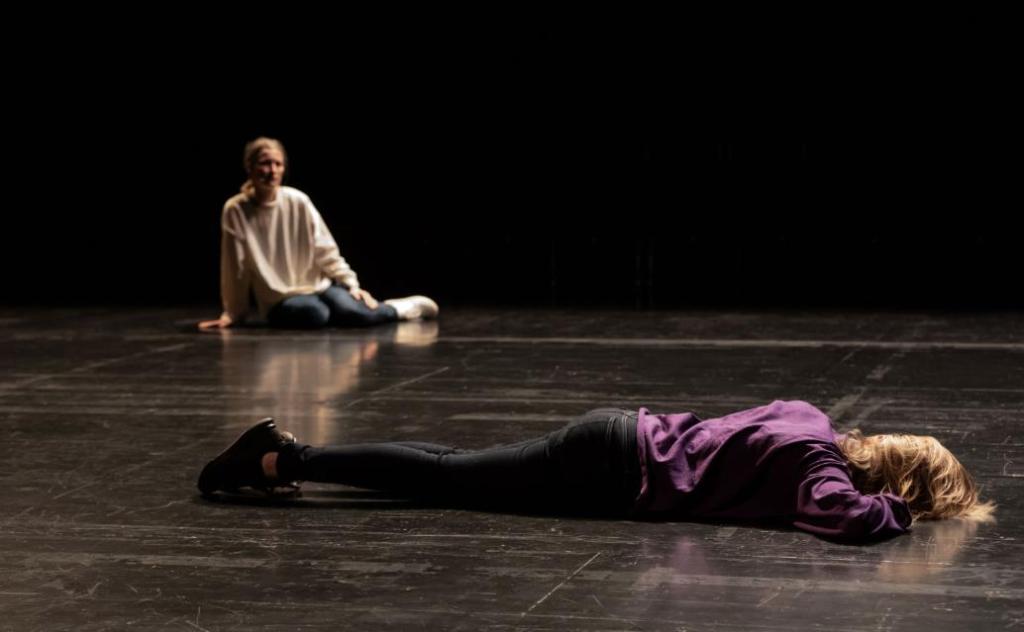 The evening begins with two women and a man lying on the floor. The audience fills the space around them to take their places on cushions and two makeshift tiers of seating on the stage – facing the conventional seating of the auditorium. The performers could be dead, though the title of the work suggests they’re sleeping. Already, an unconventional evening at the theatre is flagged.

Penelope Sleeps, on at Carriageworks in Sydney this week, is a collaboration between the Norwegian choreographer and performance artist, Mette Edvardsen, and the Italian/South African musician, Matteo Fargion, who is a veteran of composing music for dance. Fargion has collaborated with the British choreographer Jonathan Burrows for more than 20 years. The third member of the cast for Penelope Sleeps is the soprano Angela Hicks, whose voice is so pure and sweet, and completely lacking in vibrato, she could be singing Celtic folk songs or pslams from the early modern era. Indeed, she is a veteran of the orotorios and masses of Handel and Bach.

Penelope Sleeps is described as an opera in essay form. A juxtaposition of the spoken word and lyrics sung in poetic prose form, the libretto is projected on a screen behind the action.

Once the audience is seated and pipes down, Edvardsen opens her eyes and begins relating the story of visiting her father and finding a spider in the guest room. Her father’s response, and his wife’s, and the narrator’s raise smiles, though the narration continues in a flat voice, more inflected by Edvardsen’s Norwegian accent than any response to the action.

And so begins an intriguing, highly elliptical account of Penelope’s experience of waiting 20 years for her husband, Odysseus, to return from the Trojan War. The vignettes that follow are mesmerising in their delivery, but those who know Homer’s poetry will experience special frissons. Spiders and spinning slip in and out of the episodic story.

One of them is a conversation, spoken by Edvardsen, with a nine-year-old boy on a train. The boy seems to be on the spectrum and repeats questions about the narrator’s origin and destination. He repeatedly muddles Norway and Sweden, more evasively than simplistically it seems. It conjures the travels of the “wily” Odysseus.

Songs are sung by Hicks, all performed lying down. Further along in the performance the two women sit up cross-legged, facing each other, and Hicks performs a lilting descant to Eversden’s spoken delivery. Fargion intermittently provides a musical backdrop, playing the harmonium and a Korg synthesizer. He sings occasionally too, and lies and sits and crawls around like the women. The work is alternately evocative, funny, moving and mysterious. The audience was riveted, despite the uncomfortable seating, and remained perfectly silent for an hour and a half.

In a sensational finale, a drone flies backward and forward over the stage, veering towards and away from the audience, only to disappear into the heights of the conventional seating opposite. A plaint that seems to come from the Singularity sees it out, which suits the drone but it is hard to see how its message fits Penelope.

‘A leap out of biology. Do we have to be human forever? Consciousness is exhausting. We want to be stones in a field…’